How to preserve seafood by dry and wet salting 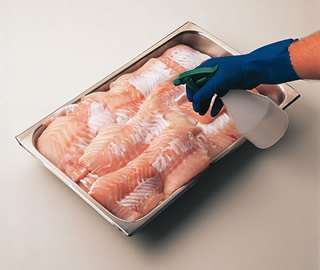 There are two basic methods of preserving food with salt: dry salting and wet salting (brining). Salt at appropriate concentrations inhibits the growth of bacteria and also aids the dehydration process. Salting is often done before other preservation or preparation methods such as smoking, although it can also be done simply to add flavour.

Dry salting is used to draw the moisture out of food, which helps to reduce the growth of unwanted bacteria.

Brining is a wet cure equivalent of dry salting. The brine, a flavoured solution of salt or sometimes sugar, both draws out moisture and permeates the seafood. The salt and sugar also inhibit bacterial growth.

The salting time varies. For example: