By providing crucial research and advice on food standards and practices, an innovative project continues to ensure Australia’s seafood is safe to eat 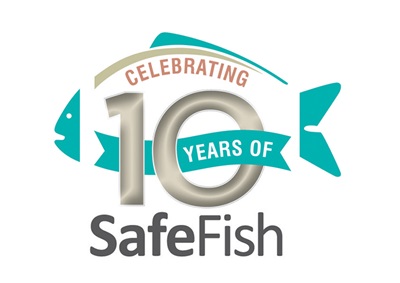 Pull out the party hats and open the bubbly: SafeFish is celebrating its 10th anniversary.

SafeFish has its headquarters at the South Australian Research and Development Institute (SARDI), the research arm of Primary Industries and Regions South Australia. For the past decade, this innovative project has delivered continually on its goal: to provide robust food safety research and advice to industry and regulators to boost Australia’s reputation for producing safe and high-quality seafood.

Led by Alison Turnbull, SafeFish forms partnerships with industry, government and scientists to improve responses to current and emerging issues within the seafood industry.

This collaborative approach is critical, Alison Turnbull says, as history has shown a food safety incident in any one seafood group impacts the sales of all seafood.

In its 10 years of operation, SafeFish has assisted with reopening closed export markets, built capability in the development of standards and laboratory testing procedures, and facilitated technical research projects to address issues affecting seafood.

It has also assisted with emergency incident response. For example, in 2018 SafeFish brought industry and researchers together to develop and advance protocols after a 2012 incident in which Japan detected toxins in a shipment of Tasmanian mussels, traced to a novel algal bloom.

In a series of projects with researchers, the SafeFish team developed new management strategies and validated a testing kit to minimise the impacts from toxic blooms. This kit is now used by shellfish producers and regulators, and is being investigated for use by the lobster and abalone industries.

The algal bloom projects highlight another SafeFish goal: maintaining and enhancing market access for Australian seafood. This work is critical.

Why? The National Fisheries and Aquaculture Industry Contributions Study 2017-18 concluded the seafood industry contributes $5.3 billion to Australia’s economy. It also generates more than 40,000 full-time jobs, making it an important source of economic resilience and diversity for many regional coastal communities.

Improved market access for this valuable industry was, in fact, central to the creation of SafeFish. The seafood industry recognised that, as a relatively small player globally, it must be involved in developing internationally agreed safety standards and regulations.

This meant bringing the nation’s experts together to participate effectively in the international standard-setting body Codex Alimentarius. So, with funding from the Australian Seafood Cooperative Research Centre, the Seafood Trade Expert Panel was established.

Renamed SafeFish in 2011, the project is now funded primarily by the FRDC, with co-funding from seafood industry partners. Current funding runs until 2021.

SafeFish interacts closely with key governmental partners such as the Department of Agriculture and Food Standards Australia New Zealand (FSANZ). According to FSANZ deputy section manager Glenn Stanley, SafeFish provides “a key network to the seafood industry, researchers and regulators” – a resource that was previously difficult to tap.

As well as providing technical advice on seafood incidents and supporting international delegations, SafeFish adds to industry knowledge through technical reports, factsheets on seafood hazards and workshops on topics such as extending seafood shelf life.

As to future directions, Alison Turnbull points to the potential bacterial and micro-algal threats to seafood associated with climate change, such as Vibrio and ciguatera, and the need for a coordinated national approach to them.

Over the decade, the team has enjoyed driving the SafeFish engine and watching it grow and evolve into the successful resource it is today. They acknowledge the partners, colleagues and past and present stakeholders for their assistance and input, and hope to continue this successful project well into the future.