The latest phase of innovation is one more in the long history of human development that has allowed society to progress as we find easier, more efficient and more productive ways to do things, such as producing food and managing fisheries 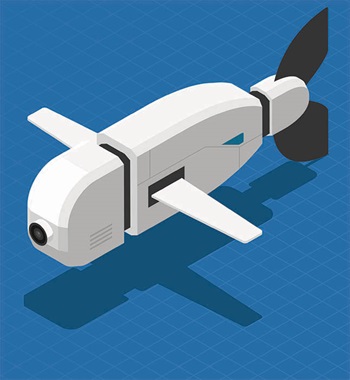 The evolving technological landscape – or seascape – in which we find ourselves brings with it a mix of exciting potential and disturbing uncertainty, leading many in the fishing and aquaculture sector to continuously assess factors that offer opportunities for advancement or impediments for development and growth.

Impacting on both fishing and aquaculture, for example, are issues around energy, data collection and use, and supply chains and logistics. Then there are human attributes such as training, skills, employment and the consequences for communities to consider. Aquaculture is already dealing with a range of issues, such as feed management and gaining access to locations in order to expand.

In Australia, most of the innovation and growth for aquaculture will come from developing terrestrial operations or venturing into the deep oceans.

There are already a number of land-based aquaculture systems growing species such as abalone, Barramundi, Cobia and prawns. Land-based developments have several advantages over open-water systems, particularly the ability to control (to varying degrees) factors such as temperature and climate variability, biosecurity and feed.

Two technologies well under development that will change the game for land-based aquaculture are recirculating aquaculture systems (RAS) and algae bioreactors. A RAS is a closed, land-based production system. Being closed to the outside environment provides operators with full control over fundamentals such as water quality. The downsides are the intensive energy requirements and, to date, the comparatively small scale of operations.

However, there has been significant investment in efforts to scale up RAS from businesses such as Atlantic Sapphire. It has developed its Bluehouse™ (the water equivalent of a greenhouse) Atlantic Salmon in RAS, with a new project in Miami, Florida, and plans to produce 90,000 tonnes of fish a year at this site.

Algae is another large opportunity for the future. Algal cultivation for human consumption started more than 370 years ago, but stands to become a major food industry in the years ahead.

Food is not the only use algae has been earmarked for. In fact, back in the 1970s, the US Government started a program to produce biodiesel from high lipid-content algae grown in ponds.

And in May this year, astronauts on the International Space Station began testing an innovative algae-powered bioreactor, called a photobioreactor, to assess its feasibility to provide food and oxygen on long-duration space flights. The bioreactor represents a major step towards creating a closed-loop life-support system (Figure 1). 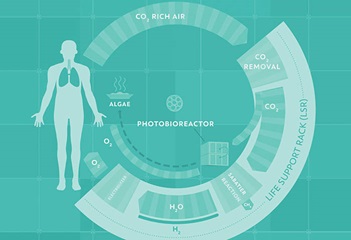 Figure 1 Integration of the photobioreactor into the air treatment system for the International Space Station.
Photo: DLR Space Administration, Germany

The other area where aquaculture can head is to the deep ocean. Australia has the world’s third-largest Exclusive Economic Zone (EEZ). While the inshore areas (three nautical miles) have numerous and often competing uses, the EEZ is a 200-nautical-mile band around our coastline. This offshore zone will be the focus for the new Blue Economy Cooperative Research Centre (CRC), which will invest $329 million into ocean aquaculture, infrastructure and renewable energy initiatives. The goal is to develop technologies that couple offshore aquaculture farming with renewable energy systems to support operating in these high-energy marine environments.

Interim CEO of the Blue Economy CRC Darren Cundy says it will be an opportunity for the energy, aquaculture and infrastructure sectors to share their expertise, with mutually beneficial outcomes that support both future food and energy production.

Species being looked at for research and development include salmonids, micro and macroalgae, oysters and Rock Lobsters.

The Blue Economy CRC research programs are due to start in 2020.

The food that needs feeding

With a few exceptions, the single biggest constraint facing the aquaculture industry is feed. This is a major cost and, accordingly, research is focused on reducing feed conversion rates and seeking alternative, more efficient ingredients.

While ‘alternative’ protein sources may be in competition with human food markets, such as grains and legumes, they nonetheless are seen as replacing fish as an ingredient in aquaculture feeds. For the aquaculture sector, reducing reliance on wild fish stocks for fish farm feed is seen as essential in maintaining the sector’s sustainability and social license to operate.

Macro and microalgae are also gaining momentum in the fish feed market, with tank-grown algae already an essential feed in hatcheries. Larger-scale opportunities are developing as research reveals more about the nutritional make-up of different algae species and their effects on fish growth. Skretting, for instance, is trialling the plankton, Calanus, in commercial salmon feeds.

Australian researchers have also created an omega-3 canola oil that can replace or supplement limited supplies of fish oil in aquaculture feeds and for human consumption. The canola variety has been developed in collaboration with the CSIRO, the Grains Research and Development Corporation, and Nuseed. Nuseed is commercialising the oil as Aquaterra® for aquaculture, and Nutriterra® for human nutrition. 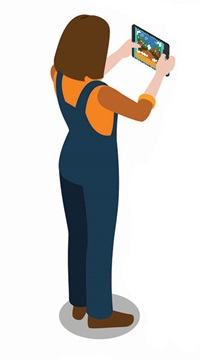 Energy and power is a high-cost area for fishing and aquaculture, so it is not surprising there is significant global investment in finding more efficient, lower-cost alternatives; particularly wind, hydrogen and solar.

Just recently, The Council of Australian Governments (COAG) Energy Council released Australia’s National Hydrogen Strategy. The strategy was developed by COAG’s Hydrogen Working Group, chaired by Alan Finkel, and provides a plan for Australian governments and industry to grow the country’s hydrogen sector and turn the resource into a major energy export by 2030.

Hydrogen is very combustible and has several advantages over other alternative fuels; it is the most common element in the universe and is readily available and cheap. So, a likely replacement for combustion engines is fuel cells that use hydrogen.

Solar energy is now the most common alternative energy technology and this will develop even further with anticipated advances in high-capacity batteries. While there are solar-powered, ocean-going research vessels, solar power is expected to be most relevant to aquaculture.

Our ability to capture industry and operational data is increasing and the most valuable developments in this area are efforts to provide access to data in ways that make it functional.

New tools for fisheries managers and fishers are emerging from ocean and fisheries datasets including real-time EcoCast maps produced by the US National Oceanic and Atmospheric Administration. At sea, unmanned autonomous vessels such as the Saildrones roam for up to a year, collecting data, tracking fish and reporting on ecosystem variables.

By mapping ocean conditions to predict the locations of target fish species, bycatch and protected species, fisheries managers and fishers can more effectively allocate their resources on a day-to-day basis.

Closer to home, the University of Adelaide has led the South Australia Spencer Gulf Ecosystem and Development Initiative. This is integrating complex datasets into predictive modelling that includes shipping, oil and gas interests and biosecurity, along with those pertaining to commercial fishing and marine wildlife, to help streamline resource management decisions.

CSIRO has also developed CONNIE, short for CONNectivity InterfacE, as a visual tool to support timely and cost-effective decision-making. By modelling oceanographic processes, it helps users understand the influence of ocean currents on the breeding of species such as sardines, tuna, lobsters and pearl oysters, and on the spread of pollutants, pathogens and invasive species.

While the above examples focus more on how data can give us information on environmental conditions, another benefit of data is that it enables interconnectivity. For example, datasets and systems can be linked, thus providing greater value than they do in isolation.

The Internet of Things

As technology evolves, more and more systems will become interconnected and provide increases in productivity, as well as new labour requirements. Improvements and innovation in engineering and sensors, combined with machine learning and AI software development, will underpin many of the advances we can expect in the fourth industrial revolution. It is likely these will come from outside fishing and aquaculture, and be adapted.

New technologies and data will not only be applied in production and environmental management. We can also expect to see supply chains streamlined, along with changes to the way the global seafood market operates. Driven by consumer demand, many existing supply chains will be replaced with digital platforms that directly connect suppliers and consumers. This will facilitate faster delivery of higher quality seafood to more people, plus provide data-backed product provenance.

Supporting this is new order tracking technology that incorporates built-in radio frequency identification (RFID) and temperature monitoring tags. These are all being incorporated into blockchain systems that link buyers and sellers into a seamless, secure transactions protocol.