Advances in food technologies are creating ‘new’ products that cater to changing consumer trends, including a focus on the broader environmental impacts and welfare issues associated with food choices 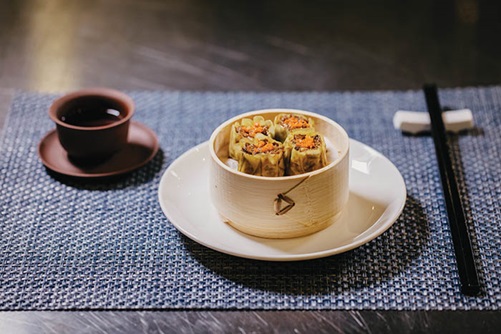 Shiok Meats showcased its cell-cultured prawn meat in shrimp dumplings at the Disruption in Food and Sustainability Summit in Singapore earlier this year.
Photo: Shiok Meats

The race is on to find new and alternative sources of protein for people and animals, to help feed a global population that is expected to reach 10 billion by 2050. New food production technologies are providing options that will both supplement and compete with traditional seafood culinary experiences.

While no one has quite achieved the food replicators that feature in science fiction favourites such as Star Trek, the new base proteins being developed bring this technology a step closer. 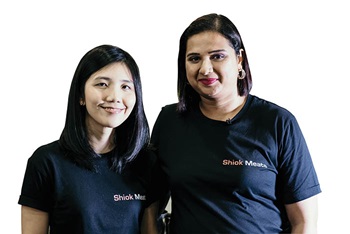 A bioengineering approach that comes direct from efforts to feed astronauts on long space missions is driving the developments of new cell-based meats and seafoods. NASA has been working on the technology since 2002, but the first successful reproduction of meat from cells is reported to have been in 2013, when the first ‘in vitro’ hamburger was taste-tested.

While they are still developing technologies, cell-based meats and seafoods are drawing significant investment from entrepreneurs such as Richard Branson and Bill Gates.

Leading the cell-based seafood start-ups are:

The production process goes by many names, including cellular aquaculture, clean meat, cell-based seafood and cultured seafood. The technology involved, however, is similar to that used in regenerative medicine, adapted to produce food.

The founders of Shiok Meats, Sandhya Sriram and Ka Yi Ling, are both stem cell scientists. They were working on stem cells from organisms, including human stem cells, before quitting to establish their company in 2018.

Their initial focus is cultured prawn meat. Sandhya Sriram says to start the production process, stem cells from prawn muscle are placed in a “nutrient soup” at 28°C, mimicking the natural conditions inside wild prawns.

They grow only the muscle meat – no heads, legs or shells. In four to six weeks they can grow the equivalent of the meat yield from a whole farmed prawn, which takes 12 to 20 weeks to produce.

The start-up is still in the research and development phase, but has a patent pending on its technology and plans to launch commercially in high-end Singapore restaurants in late 2020 or early 2021.

To reproduce a three-dimensional cut of meat – a whole fish fillet, for example, rather than minced meat – requires scaffolding to give the reproducing cells shape. In food production these scaffolds are commonly edible cellulose from plants, chitosan found in mushrooms or alginate from algae. The formulation of the liquid nutrients and scaffolding used in cell growth are critical parts of the intellectual property and competitive advantages for each of the companies developing these products.

The development of plant-based simulated seafoods is more advanced than that of cell-based meats. New products that simulate the taste and texture of real seafood, without any ocean animal ingredients, are already on supermarket shelves.

They are being marketed not just to vegans or vegetarians, but to ‘conscious consumers’ more generally – people who are concerned about the production impacts of their food choices, including those who eat meat and seafood.

Product developers report that the sheer diversity of seafood makes it more challenging to simulate than it is for consistent products such as ground mince and beef burgers. There are also two ‘streams’ in the development of these products: one relies almost exclusively on land-plant proteins, while the second incorporates more marine proteins – micro and macroalgae – that have similar nutritional profiles to seafood.

Simulated seafoods use grain flours and legumes such as soy, yellow peas or chickpeas as a base; other ingredients include tomatoes, yams, eggplant and different types of seaweed.

While new food technologies can create uncannily realistic products in both texture and appearance, the base ingredients are highly processed and the list of ingredients can be long and complex. As a result, such products may not have the same nutritional benefits that seafood offers. It is a potential trap for unwary consumers.

Products are increasingly found in the refrigerated or freezer section of grocery stores beside the real seafood product, rather than in a ‘vegan’ designated food section. In the UK, vegan food producer Good Catch has a canned tuna alternative appearing on shelves alongside cans of real tuna.

Labelling is an ongoing issue, with calls for clearer regulation about what terms can and can’t be used. There is a case to be made that these new proteins – both plant-based and cellular – deserve their own category and names, rather than denigrating the genuine products they imitate in order to demonstrate value.

Advocates of these new seafood proteins promote them as replacements for wild-caught or farmed seafood that address environmental and ethical issues that affect these industries in different parts of the world.

The challenges of producing food for the growing global population will be great. While some may see these new technologies as a threat to existing markets, others are hopeful that new food production techniques will complement traditional farming, fishing and aquaculture. New, more efficient ways of doing things will be essential to feed us all.