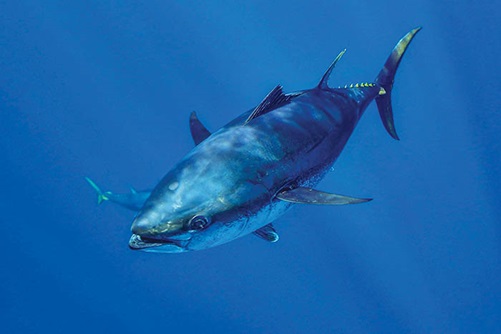 The world premiere of the Southern Bluefin Tuna documentary Life on the Line was held in Melbourne on Wednesday, 6 November 2019. More than 400 people attended the event, which was held at the Melbourne Museum’s IMAX theatre, and the documentary also screened free-to-air on Channel 9 during November.

The documentary is part of an FRDC-funded project demonstrating the important role of science and global stewardship in helping populations of the migratory Southern Bluefin Tuna to recover from overfishing. It was produced by influential recreational fishing identity Al McGlashan, and project partners with the FRDC include the Australian Recreational Fishing Foundation, the Australian Fisheries Management Authority and the Tuna Champions program.

The documentary tells the story of how Southern Bluefin Tuna stock was heavily fished throughout its range, internationally, until the mid-1980s. At that point, it became apparent that the stock was at such a low level that global management and conservation was required to ensure its future. The ongoing recovery of the species has been underpinned in part by significant investment in science, especially the ground-breaking close-kin techniques pioneered by CSIRO and supported by the FRDC.

Life on the Line is expected to be available shortly after the national recreational fishing conference in Hobart on 10 to 11 December. 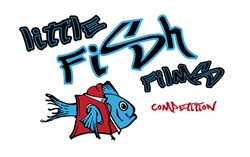 The FRDC will be running an international short film competition for students between the ages of 9 and 13, in conjunction with the World Fisheries Congress in Adelaide from 11 to 15 October 2020.

The competition is a way to focus a global conversation on fisheries and the role they play in the lives of millions of people, and will be open to school students from around the world. Submissions will be accepted from 1 March to 30 June 2020, and the best entries will be screened at the congress.

Key objectives of the competition are to raise awareness of the conference and to increase the younger generation’s awareness of aquatic environments and the important role they play in food security, and in economic and cultural wellbeing.

The FRDC will be working with partners in Australia and overseas to develop the film competition concept, the judging framework and support materials such as how-to guides. It will also promote the film competition. Organisers are keen to hear from potential sponsors, contributors or anyone who would like to be involved. 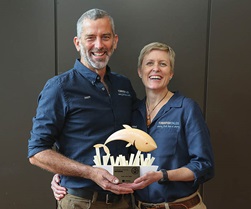 Queensland’s Andrew and Renae Tobin have been crowned Australia’s best fish and chippers for 2019. After winning the state award, their Townsville-based business, Tobin Fish Tales, took out the national Judges’ Choice Take-away Fish and Chips Award at the Seafood Industry Awards in October.

The Tobins’ focus is on quality fresh seafood; local seafood sources; sustainability; and stories about fish, fishers and fisheries.

Their goal is to provide consumers with seafood from sustainable, primarily local sources, plus information about where the seafood came from, who caught it and how different species are managed.

Andrew and Renae Tobin both have doctorates in fisheries science and more than 40 years of combined experience in fisheries. They are also Reef Guardian Fishers, recognised by the Great Barrier Reef Marine Park Authority.

A full list of winners from each state and territory is available from Australian Fish and Chips Awards.

A simple wax seal may prove the key to bringing more consumers to the premium eating experience of a freshly shucked oyster.

The FRDC has supported the development of the Easy-Open oyster technology − automated equipment that opens an oyster and quickly reseals it with wax. This keeps the oyster alive, but with the key benefit that it can be opened later with ease.

The need to shuck oysters is the biggest barrier to increasing oyster consumption. This new technology allows consumers to open oysters themselves and experience how they taste freshly shucked. The technology preserves the quality of oysters, making those prepared this way superior to oysters that are offered already opened in a half shell, possibly rinsed of the natural juices that contribute to their fresh flavour.

The process has been patented and the FRDC is now seeking a business willing to commercially trial Easy-Open oysters, helping to refine the technology and assess its potential to increase the sales of fresh oysters.

Automated equipment has been manufactured in New Zealand in preparation for a commercial trial, which is expected to begin within the next two months. Businesses wanting more information or to express interest can contact Len Stephens on 0418 454 726, Lrstephens@bigpond.com.