Negotiations for a free trade agreement with the European Union are underway, with important implications for the Australian seafood industry 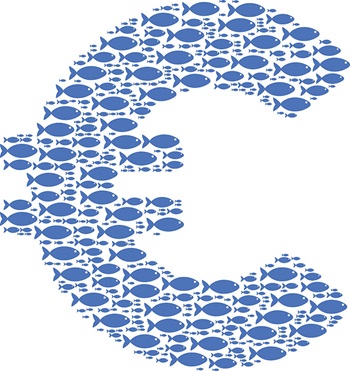 High tariffs and the costs associated with accessing markets are the key issues raised by the seafood industry as Australia negotiates a free trade agreement (FTA) with the 28 countries of the European Union (EU).

Negotiations for the FTA began on 18 June 2018 and represent a once-in-a-generation opportunity to change trade settings with the world’s largest seafood market.

According to the Food and Agriculture Organization (FAO), the EU collectively imported US$53 billion worth of seafood in 2016, representing about 39 per cent of global seafood trade.

In preparation for the negotiations, the Australian Government invited formal submissions from industry sectors and interested parties. The FRDC has taken the lead in coordinating a submission on behalf of the seafood sector, which is being prepared by Jim Fitzgerald in consultation with those in the seafood industry interested in trade with the EU.

Jim Fitzgerald has 20 years of experience in the trade and market access with the Department of Agriculture and Water Resources and as a freelance consultant. He has represented seafood and agricultural interests in previous trade agreements, including with China, Japan and the US.

“Although the EU is a massive market, Australian seafood exports to the EU have declined over the past decade due to a range of factors, which we now want to address through the FTA negotiations,” Jim Fitzgerald says.

EU seafood tariffs are among the highest in the developed world at 12 to 26 per cent, and were identified as a key barrier during consultations with Australian seafood stakeholders. In fact, the EU in the past has been a notable exception to a worldwide trend to reduce tariffs. That, however, is now changing.

As a guide, Canada recently concluded its trade negotiations with the EU and many seafood tariffs were reduced to zero.

The other major trade barrier is a complex set of trade rules and regulations relating to seafood imports. These are generally designed to protect consumers and the environment, but add considerably to the cost of accessing the EU market.

In addition to stakeholder consultations, market analysis and strategy development, the key objective is to develop a formal Australian seafood industry paper for submission to the Department of Foreign Affairs and Trade (DFAT).

Jim Fitzgerald says this paper sets out industry aspirations and what would constitute a good outcome for industry. That paper was being finalised at the time he spoke to FISH magazine.

“The immediate goal is to achieve a significant reduction in tariffs and to open discussion on non-tariff measures, since these two issues are typically handled in separate phases of trade negotiations,” Jim Fitzgerald says.

He adds that, traditionally, FTAs are successful in dealing with tariffs. Non-tariff measures are more difficult to negotiate, but having an FTA opens up a dialogue between countries that can help in the long run.

Four rounds of negotiations have been scheduled to date, with the third having occurred in Canberra in the last week of March 2019. The following meeting is scheduled for July.

China alone represents 42 per cent of the value of Australian seafood exports. The Australia–EU FTA represents an important opportunity to diversify, reduce risks and grow.