New information on what to feed Yellowtail Kingfish, and when, will help produce more fish more quickly for the domestic white fish market 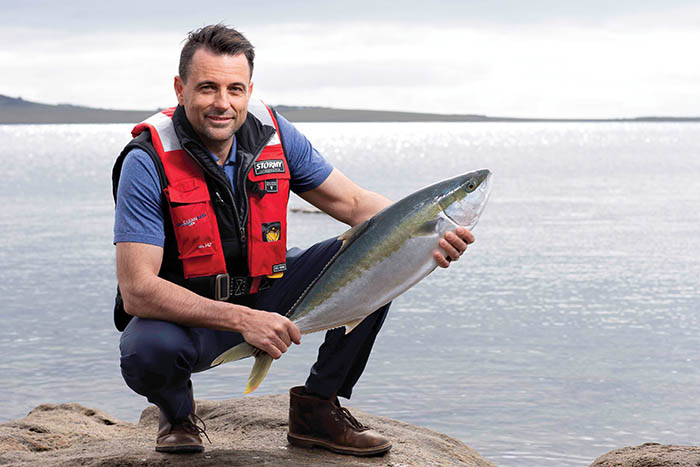 The research program has brought this consumption goal a step closer, improving both the production efficiency and profitability benchmarks of Yellowtail Kingfish aquaculture.

The K4P findings have given the industry confidence that its key production benchmarks for growth, feed conversion and fish survival rates are all achievable. This paves the way for a substantial expansion of production that is expected to make Yellowtail Kingfish an affordable white-fleshed companion to Atlantic Salmon for domestic consumers.

Over the life of the K4P project, Australian Yellowtail Kingfish production has been slowly but steadily increasing. Clean Seas Seafood in South Australia has more than doubled its Yellowtail Kingfish sales since 2015 to more than 2500 tonnes.  In 2018, the company announced an expansion from south and central Spencer Gulf to Fitzgerald Bay in the north.

Late last year Huon announced it would expand its Yellowtail Kingfish operations to a new 2200-hectare lease near the Abrolhos Islands, off Geraldton, in Western Australia. It is also looking at new sites in NSW and will wind down operations on the research lease.

Indian Ocean Fresh Australia has been operating off Geraldton, WA, refining Yellowtail Kingfish production over the past decade. While not an official partner in the K4P project, it was involved in early discussions and will have access to the research findings. Indian Ocean Fresh Australia has undertaken other trials, including the evaluations of feeds, a comparison of broodstock from different regions, and treatments for flukes and bacterial infections. It also has some 800 hectares for future farming near the Abrolhos Islands.

The Australian Government provided a $3.65 million grant through the Department of Agriculture and Water Resources Rural R&D for Profit program to fund the K4P initiative. Contributions from other partners including the FRDC brought the total project funding to $7.3 million.

Executive officer for the project Steven Clarke, at SARDI, says the cross-industry and cross-region collaborations established were fundamental to the success of the project and building individual and industry-wide research capacity.

Feed is the major input for aquaculture, accounting for about 60 per cent of costs, and was the main focus of the K4P program. Among the most expensive, but critical dietary components are fishmeal and fish oil, which are usually imported into Australia. These come from global wild fisheries resources, and reducing reliance on these inputs is crucial to the financial and environmental sustainability of the local industry.

The best performance in the search for alternatives to wild-derived fishmeal was achieved using cheaper fishmeal made from fishery waste. Other proteins trialled also showed good digestibility and had the potential to reduce feed costs substantially without jeopardising fish health or growth rates.

This information was used to formulate better diets in subsequent trials at both SARDI and NSW DPI, which successfully identified options to reduce wild-derived fishmeal in Yellowtail Kingfish feeds by as much as two-thirds.

Yellowtail Kingfish aquaculture has been underway in Australia for around 20 years, pioneered by Clean Seas Seafood in South Australia, with practices in part adapted from similar species around the world.

The K4P project builds on the sizeable earlier research investment funded by the FRDC and other national research initiatives such as the Seafood Cooperative Research Centre, and new findings have identified nutritional requirements unique to the Australian Seriola species.

This includes the confirmation that higher levels of the amino acid methionine are critical for optimising growth rates of juvenile Seriola Ialandi, compared to other closely related Seriola species.

Project leader at NSW DPI Mark Booth says this finding is a real step forward and should improve commercial feed formulations to optimise growth rates for Australian producers. The finding emerged from a series of closely related trials aimed at identifying the specific requirements of juvenile fish for taurine and amino acids such as cysteine and histidine.

New data has allowed for updated models to map the energy and nutritional requirements for Yellowtail Kingfish at different life stages and in different water conditions and temperatures. This has allowed more accurate predictions of growth and feed demand. 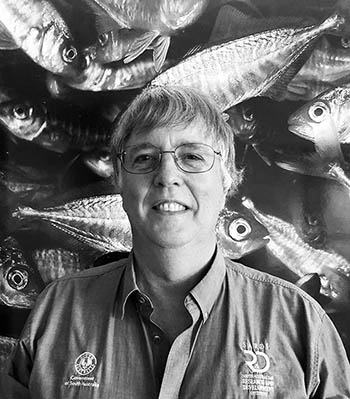 The two research locations for the K4P project, in Adelaide, SA, and Port Stephens, NSW, effectively provide data for modelling fish growth in both warm and cold water conditions, representative of much of the temperature range experienced by existing commercial Yellowtail Kingfish farms.

Trials centred at the South Australian Aquatic Sciences Centre at West Beach, in Adelaide, investigated the needs of larger sub-adult fish of one to four kilograms. Trials involving broodstock and juvenile fish of less than one kilogram were centred at the Port Stephens Fisheries Institute in NSW.

Revised feeding strategies to promote growth and fish health were also among the findings, which are expected to improve feed utilisation efficiency.

One early trial result at SARDI showed that feeding sub-adult fish raised in cold water (10°C to 16°C) to satiation six days a week, rather than a twice-weekly ‘maintenance’ ration, increased the growth rate of large sub-adult Yellowtail Kingfish during winter. This also improved feed conversion ratios (FCR), with a potential cost saving of $350,000 a year if extrapolated to a 2000-tonne Yellowtail Kingfish farm.

Other feeding strategies identified to enhance production outcomes include:

The K4P project also developed a tank-based challenge test and undertook microbiomic studies to assess the links between Yellowtail Kingfish nutrition and health. These projects, both at SARDI, were led by Marty Deveney and Andrew Oxley, respectively.

Sampling gut microbiome using rectal swabs has helped to map fish health in a non-destructive way and established a baseline for what makes a ‘normal’ healthy gut microbiome for Yellowtail Kingfish. This provides a critical reference to identify disease as well as fish responses to feed formulations. One trial identified a feed formulation that helped to increase beneficial gut microflora, suggesting specific feeds could be developed to address disease issues.

At the beginning of the K4P project in 2016, national Yellowtail Kingfish production was estimated at about 1200 tonnes. The FRDC anticipated this this would increase to about 5000 tonnes by 2022, which industry is on track to deliver.

By the end of 2018, as the project was winding up, production projections had increased along with allocations of potential farm sites. The final impact assessment of the K4P project by Agtrans Research and Consulting is based on projections of 48,000 tonnes of Yellowtail Kingfish a year by 2030. This represents growth of 4000 per cent over 15 years.

Steven Clarke says the independent Agtrans Research benefit–cost analysis also suggests that over a 15-year time frame a $17.20 benefit will be realised for every dollar invested in this program.

The analysis recognises that further social and environmental benefits may also accrue as a result of the K4P project, but values for these have not been included in the assessment.

Research leaders David Stone and Mark Booth both caution that findings from tank trials and laboratory research need testing and validation in commercial environments to ensure the results are transferable to commercial farms. However, some findings are already helping producers reduce costs and improve production efficiencies. 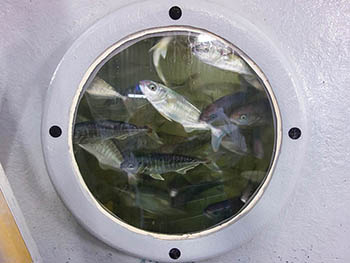 One of the major benefits to come from the Kingfish for Profit (K4P) initiative is the extension of fish health and nutrition expertise to a new generation of fisheries science students and professionals working in aquaculture.

It provided a practical overview of the anatomy of Yellowtail Kingfish and the pests and disease issues of this and other species, and also touched on those of the new and emerging aquaculture sectors including Barramundi and Cobia.

Executive officer for the K4P program and organiser of the workshop Steven Clarke, at the South Australian Research and Development Institute, says funding for the workshop came from the FRDC’s Aquatic Animal Health Training Scheme, which is part of the FRDC’s People Development Program.

There were 26 participants from the aquafeed manufacturing, Barramundi, Cobia and Yellowtail Kingfish aquaculture sectors, including six PhD candidates from the K4P project.

The K4P initiative was part of the Australian Department of Agriculture and Water Resources Rural R&D for Profit program.