The American Fisheries Society is requesting nominations for the International Fisheries Science Prize (IFSP). The IFSP honours an individual for his or her contribution to global fisheries science and/or conservation and is presented once every four years at the World Fisheries Congress. The prize will consist of a commemorative medal, plaque and US$5000. The next congress meets in October 2020 in Adelaide.

Nominations for the IFSP close on 31 May 2019 and nominees must belong to member societies of the World Council of Fisheries Societies. 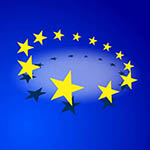 Australia and the European Union (EU) have launched negotiations for a free trade agreement (FTA), offering a once-only opportunity to negotiate a reduction in tariff and non-tariff barriers affecting Australian seafood exporters to the 28 EU countries.

The Australian Government has invited formal submissions from industry sectors, interested individuals and groups on the potential opportunities and impacts of an FTA with the EU.

FRDC has engaged Jim Fitzgerald to consult with Australian seafood industry stakeholders and prepare a formal industry submission to the Australian Government.

To register your interest in the Australian–EU FTA and to raise issues you would like addressed in the submission, contact Jim Fitzgerald or FRDC general manager communications, trade and marketing, Peter Horvat.

Apply for a Nuffield scholarship

Nuffield Scholarships offer primary producers a life-changing opportunity to travel overseas to study an agricultural topic of choice. Participants take part in a conference with scholars from around the world, travel for six weeks in a group across three continents, and embark on an individual international study program, reporting on their experience and findings.

To join the ranks of some 400 Australian Nuffield scholars, including several sponsored by FRDC, apply between April and June 2019 for the 2020 intake.

Sime Sarin, a longstanding member of the Port Lincoln seafood community and president of the Australian Southern Bluefin Tuna Industry Association for many years, is among several fisheries figures honoured in the 2019 Australia Day awards. He was recognised as a Member (AM) in the General Division of the Order of Australia for significant service to the fishing industry, to business, and to the community of Port Lincoln. Sime Sarin’s fishing-related enterprises include founding the Sarin Group of companies in the 1960s and Australian Fishing Enterprises in 1987, and co-founding the Port Lincoln Tuna Processors in 1973. Sime Sarin was inducted into the Australian Seafood Industry Hall of Fame in 2017 and has been involved philanthropically with a range of community organisations.

Also recognised with an Order of Australia (AM) honour was John Pollock for significant service to primary industry through a range of roles. These include positions with the Australian Fisheries Management Authority – currently as chair of the Bass Strait Central Zone Scallop Management Advisory Committee and previously as chair of the Torres Strait Tropical Rock Lobster Resource

Awarded the Medal (OAM) in the General Division for service to the fisheries sector was Ronald Forster, who is a Port Lincoln shark cage diving operator, and owner and director of Sea Marine Holdings, a Southern Bluefin Tuna farming operation. He also helped to found the Port Lincoln Tuna Classic Fishing Competition.

Chef and co-founder of the Appetite for Excellence national hospitality awards Luke Mangan received an OAM for service to the tourism and hospitality industry.

Queensland Seafood Industry Association (QSIA) life member Denis O’Connell was awarded an OAM for his service to the community of the Gold Coast, including its seafood community. He was made a life member of QSIA in 2010.

Dolphin Research Institute founder and executive director Jeffrey Weir received an OAM for service to marine conservation. He conducts education programs in partnership with schools, including the creation of the ‘i sea, i care’ (ISIC) marine ambassador program.

Flying instructor and pilot William Kiernan also received an OAM for service to the aviation and transport industry. His contributions include pioneering prawn spotting from the air for the local fishing industry in the 1960s.

Receiving the Public Service Medal (PSM) was Mehdi Doroudi, deputy chief executive of the Primary Industries and Regions, SA, previously head of Fisheries. He was recognised for outstanding service to informing policy, and to the management of primary industries in SA.