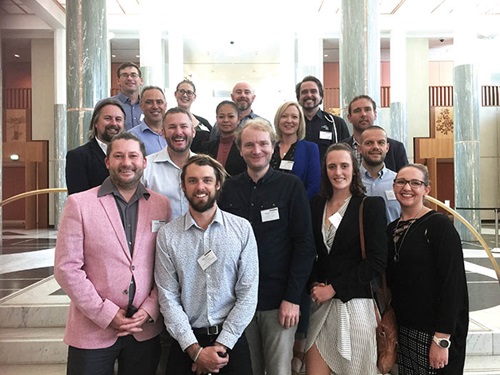 The longstanding National Seafood Industry Leadership Program (NSILP), now in its 18th year, displays the diversity of Australia’s seafood sector. At the program’s culmination for 2018, there were people grouped into teams who would probably never rub shoulders in their regular working lives.

Sharing a table at the graduation dinner for the 2018 NSILP were a fisheries biologist, an analytical chemist, a policy officer from the Australian Department of Foreign Affairs and Trade, and a quality assurance manager from the tuna industry. One diner had recently arrived in the seafood sector from the Tasmania’s beer industry; another had many years in the global seafood industry but was a newcomer to Australia.

Creating this kind of diverse team is, in fact, a central tenant of the program. Bringing together people from different parts of the seafood sector helps to destroy the myth that only certain kinds of people work in seafood and that they all do the same kind of work.

As NSILP participant Portia Kyros said in her presentation to a group of industry leaders: “The wider community doesn’t realise the fantastic opportunities that exist in the seafood industry.”

Demand for the program is so great that it expanded in 2018 from one 16-member cohort to two. Initially jointly funded by the FRDC as part of its people development program and the Sydney Fish Market, the program now has Austral Fisheries on board as a sponsor.Developing leaders

Jill Briggs, managing director of Affectus, which runs the program, says NSILP has come a long way since its inception in 2001, although the fundamental drivers – “develop knowledge and skills, experience leadership through an activity and build networks” – have remained the same.

“Affectus’s focus is to provide participants with a supported experience that ensures they understand more fully the complexities of the Australian seafood industry and can work effectively and collaboratively with a team to change the future of the industry,” she says.

After six months working together, which includes three residential sessions involved in the program, participants present their work to a room full of industry leaders. The projects are intended to have real-world applications and continue beyond the life of the six-month program.

This year the ‘plastics free’ team, presenting as part of the second NSILP cohort, announced that the biennial industry conference Seafood Directions would go plastic-free in 2019 as a result of their efforts to encourage leadership from the industry on this issue.

“We are always amazed at the efforts of the participants to deliver a mission which will positively change the direction of the industry,” Jill Briggs says. 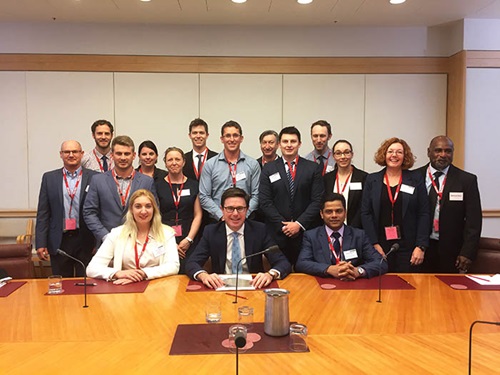 The program provides a range of experiences and opportunities for participants, depending on the projects they choose to pursue, but its bedrock is a belief in the value that core leadership skills are vital for individual leadership ability and the future of the seafood sector.

Confidence, public speaking, critical thinking and the ability to negotiate are skills that are of value wherever you are and whatever your actual day-to-day job may be. The program pushes participants to realise their own potential for leadership within their own workplaces and industries. Requiring them to complete a team project that fills a need for the seafood sector encourages them to learn new skills and stretch their abilities.

For some this has meant learning audio recording and editing, doing web design, social media and marketing to launch a pilot podcast that tells the human stories of the seafood sector. Other groups filmed and photographed material for YouTube channels and Instagram accounts.

“I was amazed to discover that I can compete with others much younger than myself when it comes to using social media and other web-based technologies,” says 2018 participant Richard Hamilton, chair of the Gold Coast Fishermen’s Co-op and a Spanner Crab fisher.

For others, their project provided the opportunity to learn about the complexity of the seafood sector. One team used the opportunity to identify gaps along the seafood supply chains, another to investigate an alternative fundraising model for the sector. ‘Team Seafood Connect’ chose to tackle the complex issue of tracking seafood through the supply chain using a system of labelling and barcode tracking.

“The program has helped to cement the feeling that I am part of the seafood sector and that I have the power to effect positive change,” says Stephen Masters, an environmental chemist who works for Sydney Fish Market. “I think moving forward from this there will be the momentum from having discovered a new passion.”

“I now recognise the value of actively coaching and listening to my team,” says Cameron Shield, slicing manager with Tassal, who is relatively new to the seafood sector. “It’s not just about seafood; leadership is transferable and you can bring your experiences with you.”

During the 18 years of the program, NSILP has built a valuable network of alumni both inside and out of the seafood sector, in government, private industry and not-for-profit sectors. These connections are one of the most enduring legacies for participants. Past NSILP participant and now executive officer of OceanWatch Lowri Pryce urged participants to make the most of their new-found connections.

“Don’t forget this network of your peers. When you go back to your daily lives, please evolve your ideas, don’t forget about them, and use this network you’ve established.”

For participant Mike Passi, who has his own seafood business in the Torres Strait diving for sea cucumber and rock lobsters, the program was an invaluable way to build relationships with others in the sector and learn how things are done elsewhere in the country.

“As someone from a remote community, it was great to make connections with so many others from around the community and to think about where they are coming from.”