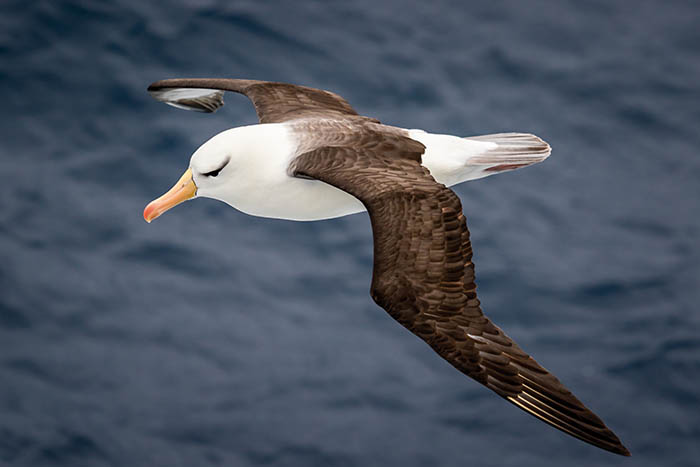 Albatrosses fitted with tiny radio transceivers are the latest recruits in global efforts to identify illegal fishing. Scientists from France and New Zealand have developed a tiny transceiver beacon, weighing less than 60 grams, which will be fitted to about 250 albatrosses.The device can pick up low-level radar signals from a trawler within an eight-kilometre radius and will transmit these to the French navy. Vessels require radar to safely navigate the ocean, even if automatic identification systems (AIS) have been turned off to avoid being tracked by satellite, which illegal fishers often do.

Scientists will also use the transceiver beacons to track the birds and analyse their feeding habits.

‘Traceability’ and ‘authenticity’ are often used interchangeably, but the two are quite different and require different techniques to assess.

Authenticity relates to the inherent characteristics of a product that allow it to be identified as genuine – the real thing – whatever those characteristics might be. Traceability may help verify some specific attributes, such as the original source, but will not identify a characteristic such as species. 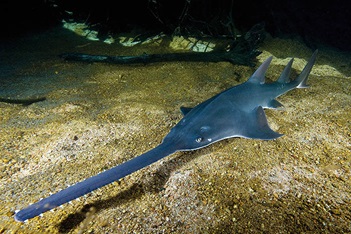 CSIRO researchers have discovered a new and healthy population of the critically endangered sawfish (Pristis microdon and Pristis clavata) in the Northern Territory’s Victoria River this year.

The survey that found the sawfish was part of a bigger project to establish a monitoring program in the 560-kilometre-long Victoria River, in collaboration with the Northern Land Council and the Timber Creek Rangers.

Sawfish are among the most endangered species on the planet and Australia has a few viable populations in some remote regions. Numbers have declined dramatically as a result of bycatch in commercial fisheries, Indigenous and recreational capture, and habitat modification and destruction.

Sawfish return to breed in the same area they were born in, which has resulted in distinct genetic groups that stay in one place and do not interbreed. Because their numbers are so low, little is known about the basic biology of sawfish, including how long they live, what size they can grow to or how often they breed.The survey team, led by Richard Pillans, also discovered two other species of shark never before recorded in the area during their trip – the critically endangered Speartooth Shark and Northern River Shark.

The project is designed to estimate the population of sawfish and Speartooth Sharks in the river as well as understanding the cultural significance of sawfish to the traditional owners.

The Status of Australian Fish Stocks (SAFS) reports will soon have their own smartphone app, making it easier for customers to check on the sustainability status of different species as they are buying seafood.

The app is in development and will be launched with the next update of the reports, early in 2019.

The app will aim to make the information on the status of Australia’s commercial fish species more accessible, distilling information from the SAFS reports into clear language appropriate to a lay audience.

The SAFS reports are the most scientifically robust, up-to-date information on the sustainability of Australia’s fish stocks.

The SAFS reports can be found here.