Salmon get ready for their ‘flu shots’ 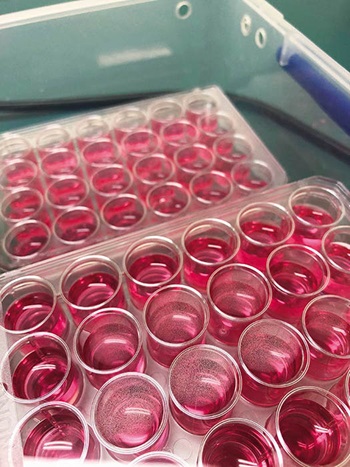 Huon Aquaculture’s general manager of fish performance Steve Percival likens POMV to a fish-specific version of influenza. Not all infected fish die, and younger fish are more susceptible.  He says low levels of infection in aquaculture pens can suddenly spike, causing a high number of mortalities within a few days. The infection can also build more slowly, leading to a peak in fish mortalities almost a month after the virus is first detected. One fish pen might suffer major losses of up to 70 per cent, while other pens on the same ocean lease remain relatively unaffected.

POMV has become a persistent issue for Atlantic Salmon (Salmo salar) over the past six years but, so far, it appears that Rainbow Trout (Oncorhynchus mykiss) are not affected.  The virus was first identified as an ‘incidental infection’ in South Australian pilchards in 1998 where a different, herpes-type infection had caused a major wild fish kill. In the summer of 2006-07, POMV was found in a small number of Atlantic Salmon in Tasmania’s Tamar River, also as an incidental infection.

But in May 2012, an outbreak of the virus in the Huon River in south-east Tasmania resulted in significant Atlantic Salmon mortalities. Since then POMV has been found in all Atlantic Salmon production areas.

Steve Percival says the intensity of infection has varied from year to year, but the summer of 2017-18 saw the largest losses to date, affecting all production companies farming in the Macquarie Harbour and south-east regions. Macquarie Harbour was worst affected, with fish mortalities estimated at 1.3 million.

While the industry’s other major disease issue, amoebic gill disease (AGD), can be treated by bathing fish in fresh water, there is no treatment for POMV. Animal husbandry practices, such as ensuring appropriate stocking rates in pens and the best nutrition is provided, to help to reduce stress on fish and, therefore, their susceptibility to infection. In some growing regions, pens with infected fish can be moved to an isolation site.

Even before the most recent outbreak, the Atlantic Salmon industry was working with the Centre for Aquatic Animal Health and Vaccines to develop a POMV vaccine. The centre is part of the Tasmanian Department of Primary Industries, Parks, Water and Environment’s facilities in Launceston. The Tasmanian Salmonid Growers Association (TSGA) and the FRDC have jointly funded this research through an ongoing Industry Partnership Agreement.

Principal research microbiologist Jeremy Carson heads the Vaccine Centre and has been coordinating a series of related projects including a one-year fast-track POMV project that has developed the vaccine Certovac, which is now being manufactured.

Certovac was developed by applying the virus models and vaccines for similar diseases, including infectious salmon anaemia virus, which is exotic to Australia but has decimated Atlantic Salmon aquaculture overseas. Certovac has been tested in tank trials, although Jeremy Carson says it is difficult to challenge the fish sufficiently in tanks to test the true effects of the vaccine. 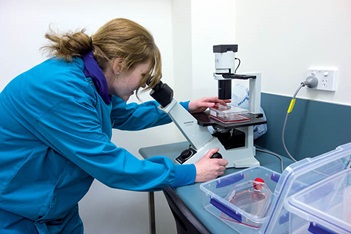 The real evidence of success will come once vaccinated smolt are put to sea in autumn.

He is “cautiously optimistic” about its success, and industry members have committed $2 million, licensing Tréidlia Biovet in Sydney to produce enough vaccine to inoculate the entire 2019 Atlantic Salmon year-class. However, each of the three producers – Huon Aquaculture, Petuna and Tassal – will decide for itself on the extent of vaccination next year based on the latest information regarding efficacy and safety.

In addition to the fast-track vaccine, a three-year POMV project will refine the vaccine’s effectiveness and its production processes. In concurrent projects, Jeremy Carson’s team is also developing vaccines for several less-severe infections that potentially make fish susceptible to more serious infections, including POMV. These include:

The concurrent projects are possible as a result of a $2.5 million expansion to facilities at the Centre for Aquatic Animal Health and Vaccines, completed in 2016, which increased fish-holding capacity from one tank room to five. It includes certified quarantine containment facilities (to Class 5.2) with a wastewater disinfection system. The expansion was jointly funded by the Atlantic Salmon industry, the Tasmanian Government and the FRDC to increase the national capacity for vaccine R&D. 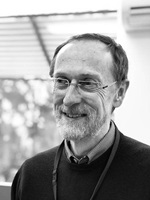 Jeremy Carson says it allows the centre’s research team to accelerate research, building on the success of other vaccines it has already developed for Atlantic Salmon.

The Tasmanian Government has established the TSGA as the owner of the vaccine-related intellectual property IP, including the newly developed POMV vaccine Certovac.

This agreement includes the following vaccines already developed: Yersinivac®, a bivalent vaccine for Yersinia ruckeri; Tegovac®, a multivalent vaccine for Vibrio anguillarum, atypical Aeromonas salmonicida and Yersinia ruckeri; and Corrovac® for the Tasmanian Rickettsia-like organism. Diseases such as Vibriosis or Marine Aeromonas Diseases are no longer significant issues for the industry, as a result of effective and successful vaccination programs.

Jeremy Carson believes industry ownership of the IP provides an excellent model for the aquaculture sector. “It means producers are not beholden to a particular manufacturer, who might decide to increase the cost of a vaccine or even to discontinue production,” he says. “The TSGA owns the IP and controls its own contracts with manufacturers.” 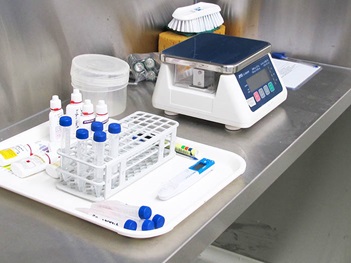 When it comes to making vaccines, there are two standard techniques: inactivated or recombinant protein.

Inactivated vaccines require the virus or bacterium to be cultivated and then killed. The fish recognise the virus as a threat even though it has been ‘inactivated’, and develops antibodies in response. Should a live virus strike, these antibodies are on hand to fight the infection.

There are two challenges with this approach: growing fish cells in which to cultivate the virus and then growing enough virus to produce a vaccine. The process requires an ‘immortal’ fish cell line, which continues to reproduce, providing a host for the virus. And not just any immortal fish cell will do.

In the case of Pilchard Orthomyxovirus (POMV), researchers are using a cell line imported from the US to help speed development, and Certovac will be Australia’s first vaccine approved using an imported fish cell line.

The Tasmanian vaccine centre is also working to create its own line of immortal cells. “But it can be a bit of a lottery,” microbiologist Jeremy Carson says. “You can work on creating a cell line for a year, but even if you can create the ‘immortal’ cell, it may not have the characteristics you need, such as susceptibility to a virus.”

The recombinant protein process allows a vaccine to be produced more quickly and uses only the proteins created by the virus, rather than the virus itself. The challenge is identifying which part of the virus DNA and related proteins are needed to trigger an antibody response in the fish.

The relevant proteins are often on the surface of the virus particles, like spikes, helping the virus attach itself to a host. Once the proteins are isolated, a fast-growing organism such as E. coli can be used to produce large quantities of the virus proteins, which are then incorporated into a vaccine.

All of the vaccines being developed in the Tasmanian Salmonid Growers Association projects are first developed as an inactivated vaccine. A follow-up recombinant protein vaccine is part of a longer-term approach, to reduce the time and cost of manufacture.

It is likely these vaccines will be incorporated into a multi-product injectable vaccine given to smolt at about 70 grams, before they are deployed to sea. Some vaccines, such as the one for Yersinia ruckeri, are also delivered as a freshwater bath to smaller fish, when they are just one, two and five grams.