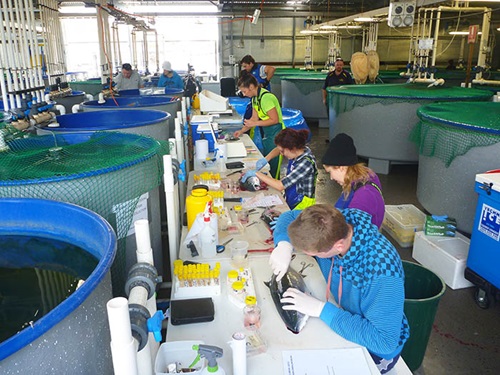 Research into the composition of feeds for farmed Yellowtail Kingfish (Seriola lalandi) has found it is possible to reduce the wild-sourced fishmeal component of diets by two-thirds without any significant impact on fish health or growth rates. 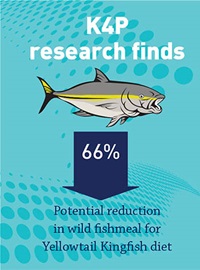 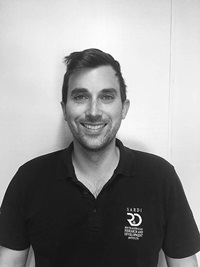 A dietary source of lipids and protein, fishmeal is an essential component of aquaculture diets for carnivorous fish and typically makes up about a third of Yellowtail Kingfish feeds. However, wild-sourced fishmeal has several downsides. It is increasingly expensive due to growing demand, at more than $2300 per tonne in 2018. And although it is a renewable resource, fisheries managers limit the quantities of fish taken out of the ocean.

Alternative ingredients in the trials included fishmeal derived from the by-products of fish processing, poultry meal and soybean protein concentrate.

Six diets formulated to contain these ingredients were compared in a nine-month tank trial conducted at the South Australian Aquatic Sciences Centre from late summer to early spring.

Over the course of the trial the growth, feed and nutrient use for fish given fishmeal combined with alternative ingredients was similar to that of the control group,
which was fed a diet containing 30 per cent wild-sourced fishmeal.

Fish grew from 2.5 to 4.3 kilograms and there was little difference in growth or feed conversion rates between the ingredients tested.

All diets for the trials were prepared by Skretting Australia, which is a partner in the K4P project, along with FRDC, Ridley, Clean Seas Seafood, Huon Aquaculture, SARDI and the NSW Department of Primary Industries.

Information about the performance of a wider range of more sustainable proteins will provide manufacturers and producers with the flexibility to take advantage of fluctuations in the availability and prices of ingredients.

David Stone says while water temperatures in tanks represented conditions in SA, the findings will also have application for feed formulations used in Port Stephens, NSW, and Geraldton, WA. He says pilot-scale ocean-based commercial trials should be undertaken before the findings are implemented more broadly for commercial use.