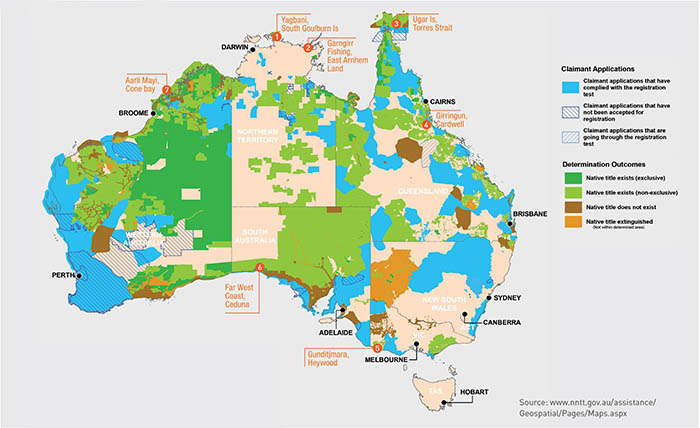 The principal investigator for the project, Ewan Colquhoun from Ridge Partners, says around Australia fishery assets contribute only a small amount, directly or indirectly, to the total economic wellbeing of Indigenous communities.

“Of those communities seeking economic development, many are unaware of the true latent economic value of their fishery assets,” he says. “Looking beyond customary uses, most communities have only limited engagement in fishery economic activity, and therefore underutilise their fishery resources.”

Indigenous Australians own or have legislated rights under various exclusive and non-exclusive Native Title and rights to 40 per cent of the Australian land mass. Where adjacent to marine coastlines and river catchments, these rights extend to certain fishery resources as well (see map above). But Ewan Colquhoun says these rights are not leading to beneficial outcomes for Indigenous communities.

As part of the IRG project, seven case studies were developed from face-to-face discussions with community participants about actual or proposed fishery initiatives to identify processes that have worked and potential barriers to be overcome. 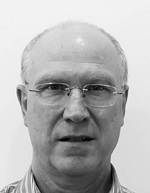 Ewan Colquhoun says communities vary greatly in their understanding of their fishery assets and in their engagement with, access to and use of marine or freshwater fishery resources. “This diversity compounds the economic complexity that community leaders, investors and research managers face
in seeking to boost fishery capacity and performance.”

The report has come at an ideal time for Shane Holland, who has stepped into the role of traditional fisheries manager fisheries and aquaculture created at Primary Industries and Regions SA last year. He is also a member of the Indigenous Reference Group.

“It’s really useful for us as managers to understand what works and why,” Shane Holland says. “In South Australia we have Indigenous communities that want to develop business opportunities from fishery resources. This report will help us to provide advice to those communities to enhance the success of their initiatives.”

Ewan Colquhoun says each community must decide for itself whether it wants to pursue the economic development of its fishery resources. For some communities, the potential to provide jobs, skills and meaningful activity, particularly for young people, may be the primary motivator, rather than financial returns.

From the case studies, the project has identified six attributes for an Indigenous fisheries venture that provide a sound foundation for success.

The case studies examined for the ‘Building the capacity and performance of Indigenous Fisheries’ project include both operational and proposed fisheries economic initiatives.