The results of fish processing, preparation and consumer testing are part of the latest pond-to-plate research into Cobia aquaculture 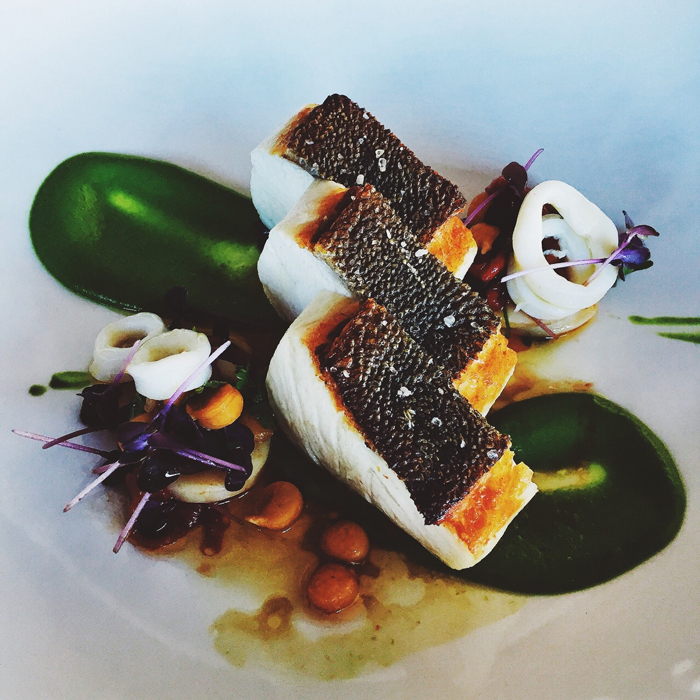 With a senior seafood scientist acting as ‘head chef’, three types of fish are grilled and served to a group of 12. Presented in foil trays, there is no seasoning or lemon slices. Instead, glasses of water are offered as palate cleansers.

The group is seated in individual booths in a laboratory-style setting, but it’s not some new avant-garde restaurant experience.

Rather, it is consumer research, part of a broader FRDC-funded project to support the development of an Australian Cobia aquaculture industry.

The taste testing is one element in the ‘pond to plate’ project, which aims to move Australian Cobia aquaculture from pilot stage to commercialisation. Industry partner and co-funder of the project is the prawn farming Pacific Reef Fisheries (PRF), based in north Queensland, which already farms Cobia on a small scale.

Although Cobia is known to have excellent traits in terms of its flavour profile and shelf life, researchers were keen to quantify this.

Senior food scientist Andrew Forrest and his team at the Queensland Department of Agriculture and Fisheries (DAF), Coopers Plains, Brisbane, were responsible for the ‘plate’ end of the project – front-end processing, including fillet recovery, consumer assessment and shelf-life work.

Andrew Forrest says the team learned a lot about Cobia during the project. “The experience provided valuable data with regard to expected fillet recovery and meat yields, which is vital information for any stakeholders wanting to become commercially involved in the species.”

He says as clear market leader for fresh fish in Australia, Atlantic Salmon provides a well-recognised benchmark for the trial. Yellowtail Kingfish was also chosen because of its physiological similarities to Cobia.

“As a cooked product, Kingfish, like Cobia, is also a firm, white meat fish that has tight muscle bundles. As a cooked portion Kingfish will look almost identical to Cobia, which is highly desirable in a consumer assessment.” 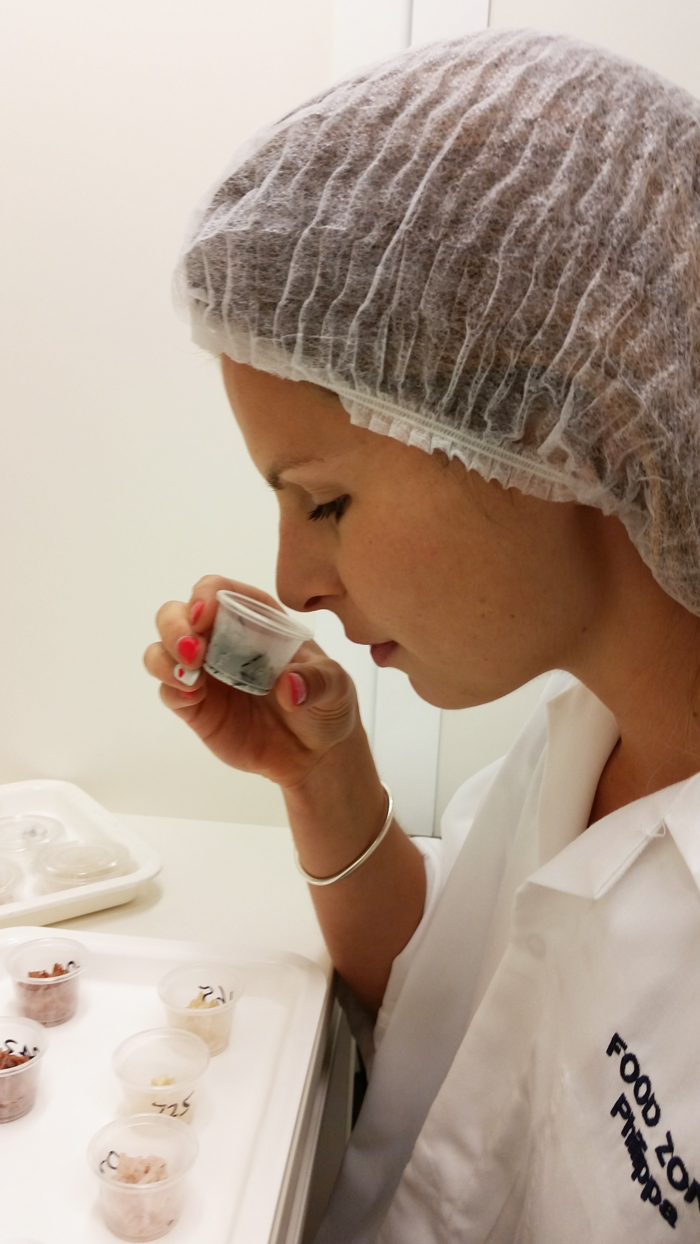 Philippa Tyler taste testing food in her role as a consumer and sensory scientist.
Photo: Queensland Department of Agriculture and Fisheries

Although not as widely known to consumers, Cobia has already achieved significant market penetration in the high-end food-service sector, extracting a premium as a result. It is the same market that Yellowtail Kingfish producers target, which also provides an excellent comparison fish for consumer assessment.

“We wanted people who are regular fish consumers (they eat fish at least once a week) and a cross-section of people,” she says.

The 144 consumers recruited assessed the fish using a grid that included 30 attributes to choose from, such as glossy, golden, dry or juicy. The grid of attributes helps to evaluate the fish for texture, aroma and willingness to purchase.

Philippa Taylor says the grid helps consumers identify what they are tasting. “It sparks their imagination and gives us a way to quantify the data.”
Consumers were also asked whether they would buy the fish and what they would pay for it, with good results for the Cobia industry. 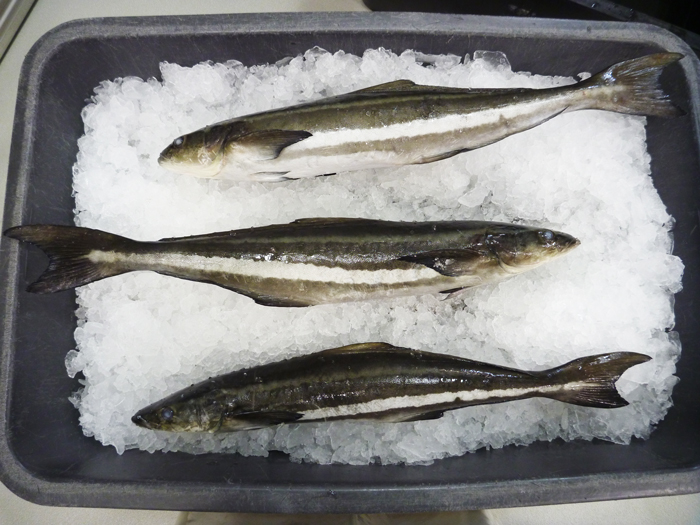 “We gave consumers a scale which included prices of mullet (at $16 per kilogram); tuna (at $56/kilogram) and Atlantic Salmon (at $30/kilogram). Consumers put it in the region of salmon, which speaks volumes for the value of the fish.”

The work showed that Cobia has great potential – rating as highly as cooked Atlantic Salmon in three of the six parameters studied: flavour, texture and overall liking.
Andrew Forrest says this is a “really powerful statement”.

The team also experimented with hot smoking, a process of cooking as well as smoking the fish, which became a firm favourite with the staff.

“Hot smoked Cobia has a refrigerated shelf life up to at least seven weeks from our testing. So this provides Cobia producers with another line of value,” Andrew Forrest says. 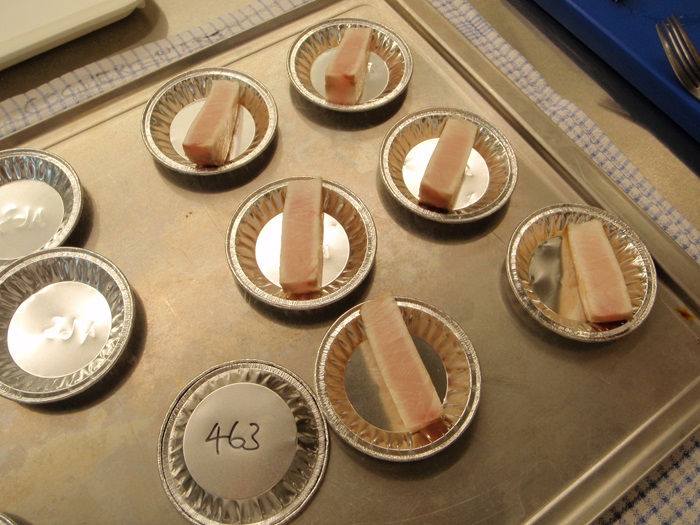 A desire by Queensland prawn farmers to diversify into fish farming originally prompted research into the potential of Cobia in aquaculture almost a decade ago.

Fisheries scientist Peter Lee, who is based at the Queensland Department of Agriculture and Fisheries (DAF) facility at Bribie Island, says prawn famers were interested in growing Cobia out of season in south-east Queensland.

However, research with DAF soon found that the species grew almost twice as fast in northern Queensland ponds as it did in the south, and could reach more than five kilograms in 12 months.

The current FRDC-funded project ‘The Development of an Australian Cobia Aquaculture Industry’ is expanding on earlier research, working with Pacific Reef Fisheries (PRF) as a commercial partner and co-funder. The aim is to establishhow best to integrate Cobia aquaculture into an existing prawn-farming business.

“Farm-wise, we got some really great results and the Cobia was also rated highly by chefs, in particular chef Tetsuya Wakuda.

“He was really impressed with its versatility. Suddenly, we were inundated with calls, people wanted to get their hands on it,” she recalls. “We’d just finished the season, but it showed there was demand for it.”

PRF soon made the decision to put aside two of its prawn ponds to grow Cobia. Two big wins at the 2015 Sydney Royal Fine Food Show – a gold medal and a President’s Award – reinforced the decision.

For the DAF research team, the priority objective was to ensure Cobia fitted into an existing prawn-farming business.

Peter Lee says this meant that much research was needed on Cobia reproduction. “Cobia usually spawn in mid-January. We needed them to spawn earlier and more reliably, and we wanted that to work on a commercial farm.”

“Early spawning, and reliable fingerling production, were key to the inclusion of Cobia within PRF’s overall farm production strategy,” he says.

Maria Mitris-Honos says PRF now has six ponds of Cobia in various stages of growth to help ensure a year-round supply. More ponds will be added when the farm moves to a new site at Guthalungra, north of Bowen. Construction is yet to begin but planning approvals and permits are underway. “All through this process with DAF at Bribie Island our end goal was always to have our own hatchery. And that plan is in place,” she says.

“DAF consumer testing will help when we move into retail, which increasing production volumes will allow. It will help us establish what consumers want. For example, fillets or smoked fillets or a marinated product.”

PRF currently produces about 100 tonnes of fresh Cobia per year– or about 20,000 fish at market size.

In Queensland, the Department of Agriculture and Fisheries operates a food pilot plant as part of the Health and Food Sciences Precinct at Coopers Plains in Brisbane.

The plant and associated food technology, sensory and consumer science facilities allow researchers and industry to experiment and produce trial batches of up to 1000 litres of product under industrial conditions.

Based at the Coopers Plains facility, food scientist Andrew Forrest says that making use of the pilot plant could help producers reduce their risk by trialling products before investing in full production.

It has more than 120 individual food processing units including a freeze dryer, membrane filtration, thermal processing (including ultra-high temperature (UHT) and pasteurisers) and a high-pressure processing unit. The plant has Safe Food Production Queensland registration and can be used for process development and trials, market evaluation and related food research.

What contributes to our sense of taste? 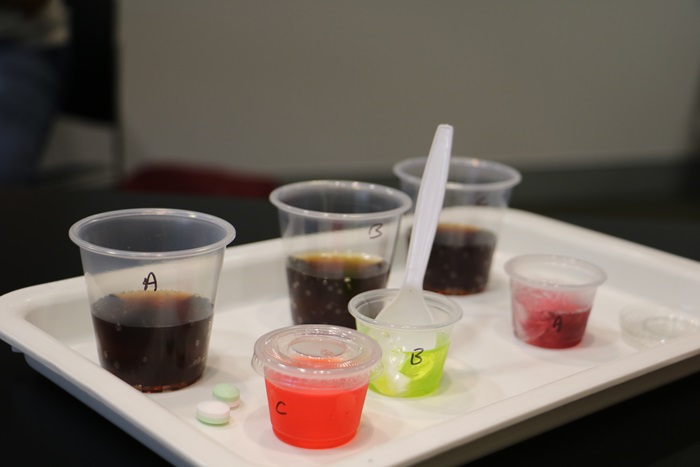 Preconceptions about what a food tastes like are often based on what it looks like. But looks can be deceiving says sensory scientist Philippa Tyler, who is based at the Queensland Department of Agriculture and Fisheries’ Health and Food Sciences Precinct at Coopers Plains in Brisbane.

As part of a recent FRDC-funded Fish-X ‘icrohack’ in Brisbane, participants toured the Coopers Plains food pilot plant and their food sensory perceptions were put to the test. What seemed a simple exercise quickly revealed how easy it is for other senses to influence taste.

Philippa Tyler says the visual impact on taste is an important factor for those in the food industry to remember when bringing new ideas to market.

A cola ‘triangle test’, picking the odd one out – in this case a diet version of the drink. This can be used to test how a new product can be matched against a market leader or how changing ingredients affect the product profile.

Taste a mint with a blocked nose. This helps participants to better understand that flavour is a mixture of taste, using the tongue’s tastebuds, and volatiles, picked up by the olfactory epithelium in the upper part of the nose.

These kinds of tests are used with tasting panels to test food for clients, using either consumers or trained food tasters.

The trained panel acts as a human ‘machine’, she says, for profiling and giving quantifiable information about new food products, using booths in a laboratory-style setting. The booths can be lit in red, green, yellow or blue to remove any physical differences between products or stay at the normal ‘northern daylight’ setting.

Philippa Tyler says a range of food industry clients use the facility – for the development of new products to triangle testing or simple market research.