The latest fisheries perceptions survey suggests many consumers are uncertain but hopeful about the future of the sector.

The 2018 edition of the Community Perceptions of the Sustainability of the Australian Fishing Industry report, which has been running since 2011, uses a sample of randomly selected adult

Australians whose demographics broadly represent those of the Australian population. This year, 1508 online surveys were completed. The main finding – the breakdown of views on sustainability – are similar to those of previous surveys, although changes in some responses are a concern for the sector.

Of the overall figure, 36 per cent think the industry is currently sustainable – a drop on last year’s figure of 41 per cent (and compared with 37 per cent in 2011). Conversely, the percentage of people who were hopeful and confident the industry would be sustainable rose five per cent to 23 per cent (the same as in 2011). 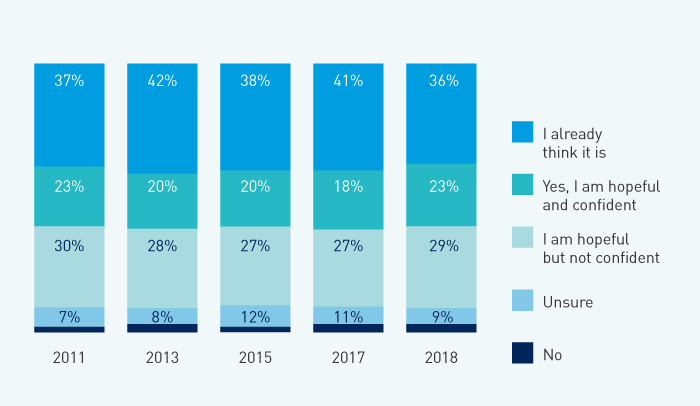 Figure 1: Do you think Australia's fishing industry can be sustainable?
Source: FRDC

The visibility of the commercial wild-catch sector and actions being undertaken by government could play a key role in changing perceptions. In both cases the more familiar people are with this sector and government actions, the more convinced they are that the industry overall is sustainable, the study found. 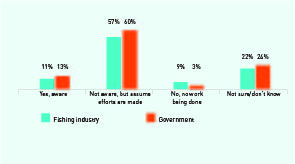 Figure 2: Do you know if the fishing industry or government is doing work to improve its level of sustainability.
Source: FRDC

The survey also found a high level of uncertainty about the sustainability of the industry today, with 44 per cent of respondents unsure about this. Such findings suggest the industry needs to focus on building its credentials on sustainability to improve community perceptions, perhaps taking new approaches to this.

Differing views about specific sectors within the seafood industry (Figure 3) were also apparent. Of the rural sectors rated, farmed fishing was seen as sustainable by the most respondents (61 per cent) followed by recreational fishing (55 per cent) and traditional fishing (49 per cent). However, only 29 per cent of people regarded the commercial wild-catch fishing sector as sustainable.

Overfishing was seen as the key issue impacting perceptions of the wild-catch sector. As in previous studies, this one showed that people who were more engaged with the fishing industry generally were likely to view it as sustainable or believe it could be sustainable.

Three degrees of engagement were identified:

In the engaged group, 80 per cent believed the industry is sustainable or are confident it can be, compared to 57 per cent of the connected group and 44 per cent of the group that was neither engaged nor connected.

One in five people surveyed holds the view that the industry is not sustainable – a small group that has remained largely unchanged since the start of the survey. Shifting this group’s views and perceptions will be a “hugely difficult challenge” the report notes.

The study suggests ways of engaging with each of the three segments:

The survey also found that most people learn about the fishing sector from newspapers (43 per cent) and fishing-specific shows (37 per cent). However, increasing numbers were finding out about the sector from general news websites – 27 per cent in 2018 compared to 19 per cent in 2013, the first year the question was asked.

Peter Horvat, the FRDC’s manager of communications, trade and marketing, says the survey is an important barometer of public views for the FRDC. “When you have a performance indicator that says ‘we want to be sustainable’, and we want people to know’, you have to be able to measure it,” he said.

Ensuring the sector is sustainable and ‘acknowledged to be so’ is the FRDC’s first national priority. “When you’re assessing a public resource, it’s really important to maintain that connectivity and understand where the pressure points are in your local community.”

A new component was added to the 2018 survey to supplement the standard questions. This measured the ‘level of concern’ across a range of issues, allowing responses to be compared with similar questions posed in surveys by the Canadian Centre for Food Integrity and the US Center for Food Integrity.

The results showed that Australians were less concerned about the safety of food produced here (48 per cent) than Americans (59 per cent) or Canadians (51 per cent) were about food produced in their countries.

Australians were significantly more concerned (70 per cent) about the safety of food imported from outside Australia than respondents in the US (59 per cent) and Canada (52 per cent). Concerns about the rising cost/affordability of food and about keeping healthy food affordable were similar in all three countries, hovering around 63 per cent for these two factors.

Peter Horvat says the perceptions report overall had some fairly consistent messages: “We need to continue to work at raising awareness about fisheries management. It’s not just one campaign that will do it, it’s a long, inclusive process,” he says. “Everyone has a role: the FRDC and the researchers need to tell the research story.”

The value of signposts for consumers

While there is no conclusive evidence at this point, the research has provided indications that signposts like certification (for example, MSC, ASC and Friend of the Sea certification) are likely to provide consumers with confidence in making more informed choices about the sustainability of seafood.

Michael Sparks, director of the market research company Intuitive Solutions, which conducted the survey, says an increasing number of people believe certification can provide consumers with more confidence about their purchase decisions. The latest study reported that eight in 10 people agreed that certification (that is, MSC, ASC and Friend of the Sea) provided confidence that the seafood was sustainable. Certification could become, over time, a signpost for consumers, not unlike the Heart Foundation ‘tick’, Michael Sparks says. There is enough evidence to suggest consumers don’t understand all the nuances around sustainability and will look to guidance and confirmation.

“It’s almost like the consumer is thinking ‘someone I trust is looking after my interests here’.” Despite this opportunity, the link from these signposts to a direct influence on customers’ purchasing behaviour is yet to be established. The indications are positive and warrant further exploration.