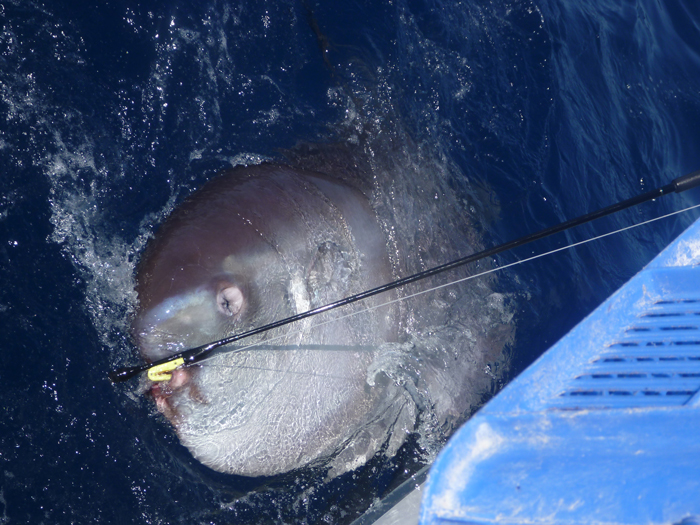 Sunfish have bizarre, oversized head-like bodies and can grow up to three metres. Their elusive, deep-diving lifestyle makes encounters rare.

However, a recent research collaboration has identified the most common species in Australian waters, using tissue sampling from incidental catches of sunfish in Australian longline fisheries over a 12-month period, and from museum collections.

The research found that the species most recognised globally, Mola mola, is, in fact, rare in Australian waters. The three most common species found were Masturus lanceolatus, Mola alexandrini and a newly identified species, Mola tecta.

Mola tecta is the first new sunfish species to be described in nearly 180 years.

Sunfish are a fisheries bycatch species with little commercial value and are released back into the water if landed. 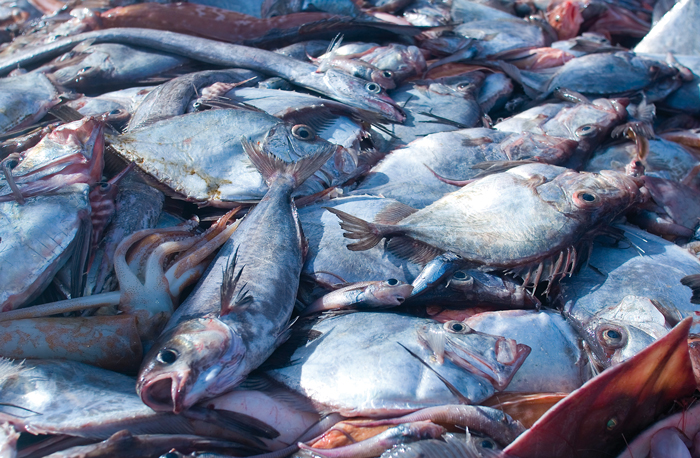 The thing about landing a catch is that once you have it, you need to know what to do with it.

‘Discards’ and ‘bycatch’ are hotly contested terms from an ideological standpoint, and they are also rife with misuse.

We think, if you are going to have a well-informed argument, you may as well make sure you are using them correctly.

Each term actually has a very particular meaning.

Bycatch is anything that is returned to the sea because it has no commercial value, or because regulations preclude it from being retained, or is affected by interaction with the fishing gear but does not reach the vessel’s deck.

Byproduct is a species taken incidentally in a fishery while fishing for another species. The species is retained for sale because it has commercial value, but does not usually contribute significantly to economic yield.

Discards are any part of the catch returned to sea, whether dead or alive.

WEIGHTS & MEASURES: How much does frozen seafood actually weigh?

The ‘frozen fish method’, also known as the partial thaw method, or test procedure 7.9, is now the only method approved to establish the net weight of packaged frozen seafood in the Australian retail and food service sectors.

This covers all species of fish, crustaceans and molluscs, but excludes value-added variations such as marinades and coated seafood products.

The net weight will exclude the weight of water and ice-glaze, which may previously have been allowed and can constitute up to 10 per cent of a product.

The National Measurement Institute regulates Australia’s weights and measures and is responsible for clarifying the acceptable frozen net weight. A compliance campaign will be undertaken in the 2018-19 financial year, with notices of non-compliance likely to result in the withdrawal of products from sale.

Making more of under-utilised species is the focus of the first Australian-specific track in the international program FISH 2.0, which brings together entrepreneurs and investors.

Apply for the FISH 2.0 Australia workshop and networking event before 25 September to join the free, two-day event in Melbourne on 23-24 October.

The workshop will give entrepreneurs an opportunity to meet investors interested in the sustainable seafood sector.

Entrepreneurs will get advice on improving their business strategies and presentations to investors during a program that culminates with a pitch session and investor reception.

The new Australian track provides an opportunity to address a country-specific issue and will be part of the FISH 2.0 2018-19 international business competition cycle.

The track is open to all Australian seafood-related ventures.