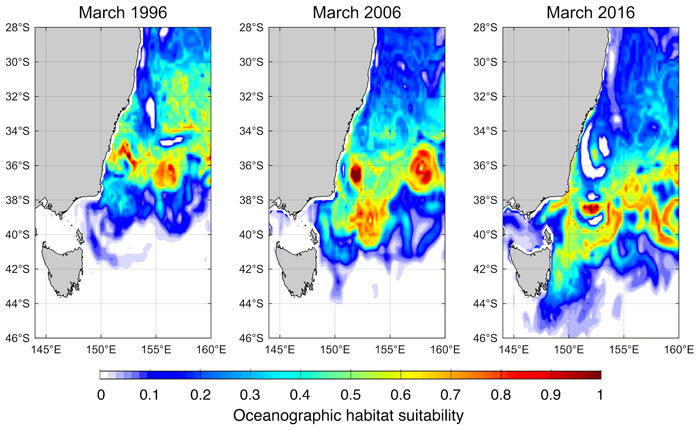 Yellowtail Kingfish and Tailor, both species popular with recreational fishers, were the subject of the best student presentation awards sponsored by the FRDC at this year’s Australian Marine Sciences Association’s annual conference in Adelaide in July.

Curtis Champion, Institute for Marine and Antarctic Studies (University of Tasmania) and CSIRO PhD candidate, won the oral presentation. He spoke about his research into the influence of warming oceans on Yellowtail Kingfish, which has become a favourite target for anglers in Tasmania, south of its traditional range.

University of New South Wales PhD candidate Hayden Schilling won the poster presentation for his research with the NSW Department of Primary Industries, Queensland Fisheries and recreational fishers investigating the ecology and biology of the popular sportfish Tailor.

He says this trend is predicted to continue into the future, suggesting more frequent opportunities to target kingfish, specifically in the Twofold Shelf region, off southern Victoria, and the eastern Tasmania region.

He assessed changes in the number of months per year that ocean conditions, such as temperature and current speeds, preferred by Yellowtail Kingfish persist in regions of south-eastern Australia’s coastal ocean.

He used a combination of citizen science records of Yellowtail Kingfish occurrences and satellite-recorded ocean data to determine the oceanographic habitat that Yellowtail Kingfish prefer across six regions, stretching from Moreton Bay in southern Queensland to the east coast of Tasmania.

These preferred conditions were then projected for south-eastern Australia at monthly intervals from 1996 to 2040, with future projections created using ocean data predicted under a climate change scenario that incorporates increasing future greenhouse gas emissions.

He says his project demonstrates how analyses of changing species distributions can be applied for the needs of specific stakeholders.

This study was recently published in the journal Marine and Freshwater Research. 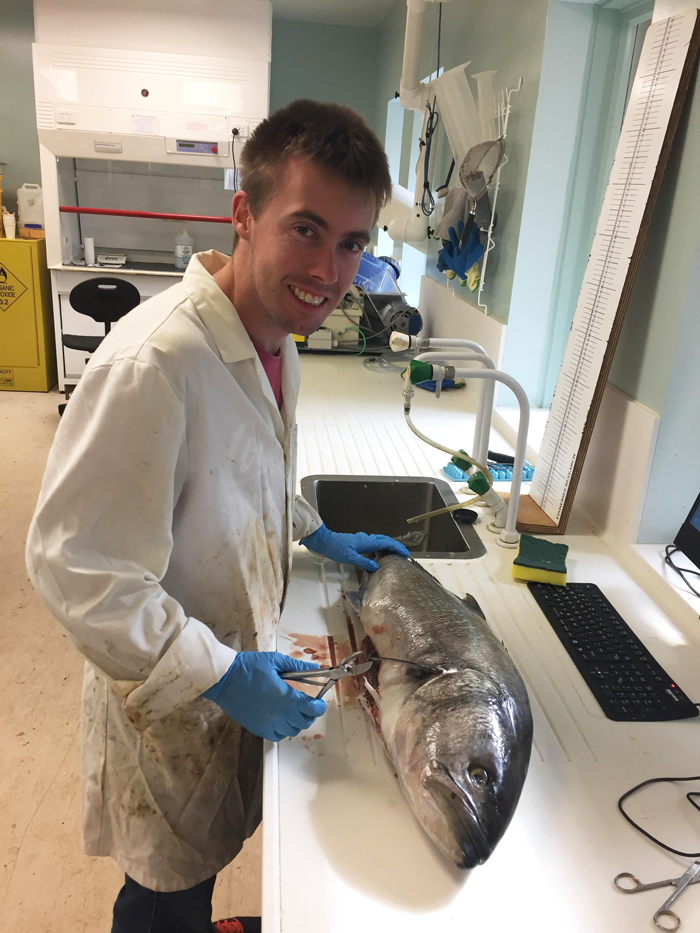 Hayden Schilling’s research has provided new information about Tailor, a species found around the world although known by different names (‘bluefish’ in the US and the Mediterranean, ‘elf’ or ‘shad’ in South Africa, and ‘enchova’ in South America).

Anecdotally, he says, the size and number of Australian recreational fishing catches has declined along the east coast, from Fraser Island in Queensland to southern Victoria. His project was designed to fill knowledge gaps to support more informed management of the species.

He used a combination of traditional fisheries science techniques (surveys of fish lengths, gonads and gut contents, as well as ageing of fish using annuli counts in otoliths, or fish ear bones), environmental chemistry and statistics.

He found that Tailor grow quickly, reaching almost 30 centimetres in length in the first year, but have a high annual mortality (80 per cent – about 40 per cent natural mortality and 40 per cent from fishing), resulting in a fishery with very few old, large fish.

The diet of the fish also changes as they grow. Small Tailor favour crustaceans such as mysid shrimp and prawns, before shifting to a fish-dominated diet as they reach 30 centimetres in size.

The findings from his research will directly feed into stock assessments and future management plans to ensure Tailor populations continue to be sustainable.