From adventurer to adviser 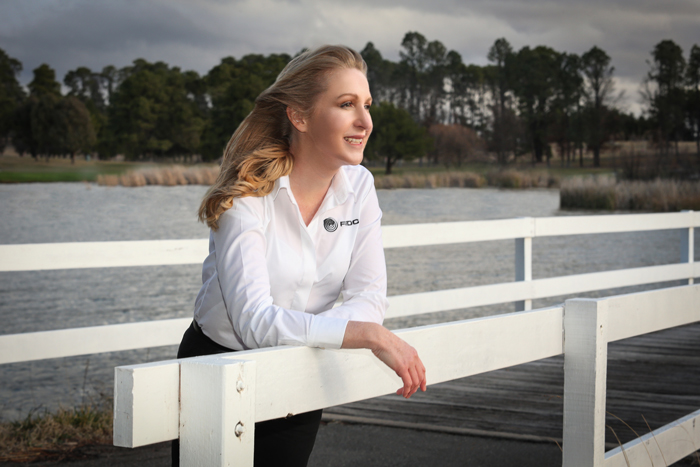 Carolyn Stewardson’s work has taken her from the chilly waters of the sub-Antarctic to the wild seas off the coast of Africa. She’s worked on-board vessels ranging from Australia’s flagship icebreaker Aurora Australis to African fishing boats – trawlers, purse seiners and squid jigs – studying whales, dolphins, seals and seabirds.

And now, with the FRDC, she is involved with what she considers to be one of the most important projects of her career. She is the research portfolio manager coordinating a massive series of reports, the Status of Australian Fish Stocks (SAFS). These reports will help ensure that information on the performance and value of Australia’s fisheries is readily available for everyone to access.

Carolyn Stewardson has long had an understanding of primary producers and the work they do. “I grew up on a sheep and cattle property, so I’ve experienced firsthand farmers putting their heart and soul into the land to make a living to put food on our plates,” she says. “Fishing families are faced with similar challenges.”

After finishing high school, she spent a gap year working with the Victorian Department of Agriculture, helping local farmers manage disease in their livestock, then headed to university to do a bachelor of science degree.

While starting on the land, Carolyn Stewardson always had a longing and an affinity for the marine environment and the life it supports.

As a newly minted graduate, she landed herself a berth on the maiden voyage of the Aurora Australis to the sub-Antarctic Heard and Kerguelen islands, and a trip to Macquarie Island on the Polar Queen.

Her main project was to help a team from the Australian Antarctic Division put together regional entries for the seabirds-at-sea atlas, and to collate marine mammal observations from the logbooks of Australian National Antarctic Research Expedition (ANARE) ships.

“It was one of the most beautiful things I’ve ever done in my life; it was a dream come true for me,” she says.

“Ever since I was young, I wanted to explore the Southern Ocean and voyage to Antarctica to see for myself what it was like out there, because it was one of those very last areas that was pretty much untouched.”

A self-described “fanatical photographer”, she also took vast numbers of photos and sketched many of the creatures she observed. With the help of a professional illustrator, those sketches then became a book of their own – Mammals of the Ice – an introductory guide to the seals, whales and dolphins in the Australian sub-Antarctic and Antarctica, based on the logs from ANARE voyages from 1977–90. 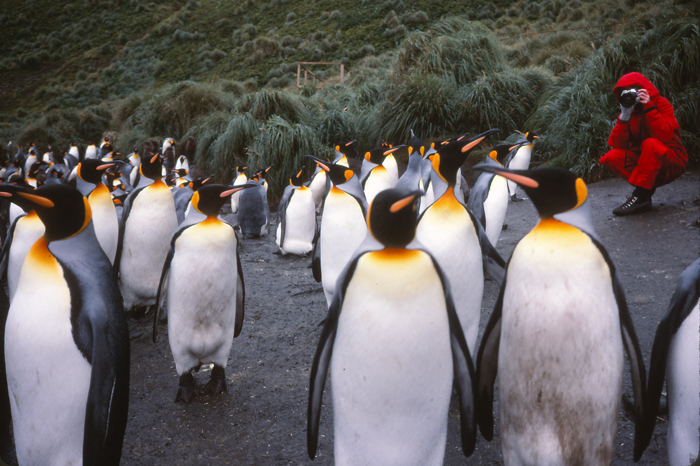 The theme of boats and marine mammals continued throughout Carolyn Stewardson’s doctoral studies at the Australian National University. She partnered with the World Wildlife Fund and a petroleum company to study the biology of fur seals and interactions with fisheries off the coast of Africa’s Cape region.

At the time, there were tensions around the impact of seals on fisheries; fishers were concerned their harvests were being plundered by the seals but the South African Government had imposed a ban on culling the seals.

Her task was to help work out whether the fur seals did actually pose a significant threat to the fisheries. Sometimes that included the gory task of doing autopsies of dead seals on the decks of fishing boats to study their stomach contents, but she still describes the whole experience as amazing.

After such an extraordinary run of fieldwork, Carolyn Stewardson decided she wanted to put what she had learned into practice, and moved into the public sector – always with an eye on fisheries management and policy.

Initially she took up a position working at the Australian Bureau of Agricultural and Resource Economics and Sciences (ABARES). Part of her role there involved exploring interactions between humans and marine mammals – particularly seals – and what could be done to document and manage bycatch in trawl fisheries.

She and her colleagues put together resources on how to log and report bycatch, as well as an identification guide that included footage shot in zoos, to help fishers accurately record their bycatch.

The project was well received and she was presented with a federal government award for science communication in recognition of her work. But what she most loved about her work was the chance to help the fishers and to influence policy.

“It’s all very well and wonderful doing the science, but the next step is to make sure you join the dots to get the evidence-based advice to the final decision-makers to ensure government policies are underpinned by good science,” she says.

The findings from that work then underpinned a national strategy to address interactions between humans and seals in fisheries, aquaculture and tourism, which was endorsed by the Natural Resource Management Ministerial Council in 2006.

After her time at ABARES, she moved to the Australian Fisheries Management Authority, where she was involved with the rollout of Australia’s marine protected areas.

Finally she took up a position with the FRDC, where she has been for the past nine years. It’s here that she feels she has made the greatest impact, managing the FRDC’s environment program. This includes supporting natural resource sustainability in managing fishing activities and the delivery of the SAFS reports.

These reports are a mammoth undertaking: pulling together state, territory and Commonwealth information, with 120 species in the soon-to-be published 2018 reports.

The processes have also required agreement on methodology and language, and a national framework for reporting on fish stock status – no mean feat when there are so many stakeholders involved.

Importantly, these reports provide a roadmap showcasing where Australia is doing well with respect to fisheries management and highlighting where more needs to be done.

“Even though Australian fisheries are small by world standards, internationally, we’re way up there with our transparent, evidence-based reporting of stock status,” Carolyn Stewardson says.

“It has been an amazing journey – all jurisdictions across Australia have been working collaboratively to make this a reality.”

She also provides secretariat support for the subcommittee of the National Marine Science Committee looking at bycatch mitigation of marine mammals and marine protected species, and is the executive officer for both the Commonwealth Research Advisory Committee and the Industry Partnership Agreement for the Southern Oceans.

“Our natural resources here are amazing but we do need to look after them,” she says. “At the end of the day, if you can actually manage something – whether a species or ecosystem – you can make a difference.”