Fish from your phone 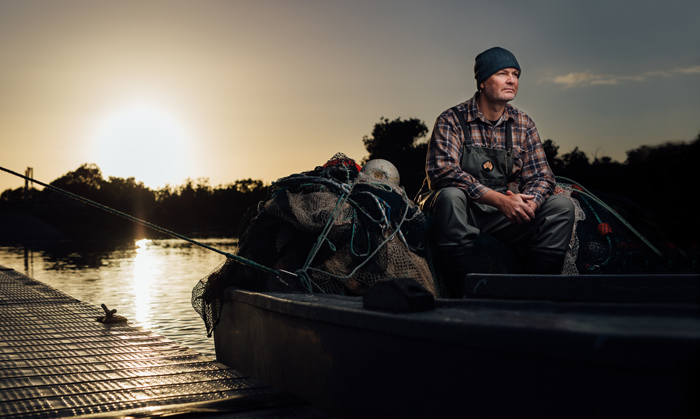 Your smartphone pings with a new message: it’s the Fair Fish app, letting you know that your local fisher has just delivered his catch, what it is and your designated collection point.

There are details about the species, cooking suggestions and more.

This will soon be the reality for consumers in South Australia with the much-anticipated launch of the Fair Fish app in October, which will make it easier to buy a share of the local seafood harvest directly from the fishers who catch it.

The app is part of an initiative of Wildcatch Fisheries SA Inc, also called Fair Fish, which is giving SA consumers access to the local seafood harvest. For the fishers, it provides direct access to their consumers.

The initiative is already active via the Fair Fish SA website. Customers buy Fair Fish shares, each of which entitles them to $22 worth of the SA seafood harvest, freshly caught by one of the 12 commercial fishing businesses taking part in the initiative.

Initially, fish are being delivered fresh every Saturday morning to the Fair Fish headquarters at Fishing Industry House on the docks in Port Adelaide. The Fair Fish start-up subscription package offers four shares for $88, supplied over an eight-week period. The timing of supply within this period is flexible. Subscribers might opt for four shares to be collected weekly for four weeks, or fortnightly over eight weeks. Shares can also be combined for less frequent collection of larger quantities of fish.

There’s also an extended subscription for $264, which provides 12 shares available over three months.

What’s available depends on what the fishers catch that day. This could be anything from King George Whiting and snapper, to Yellow-eye Mullet, Southern Calamari and garfish, depending on the fishing and seasonal conditions.

“Fishers guarantee volume but not species,” says Tom Cosentino, who is managing the development of Fair Fish for Wildcatch Fisheries SA Inc.

He recognises that customers may receive fish they have never tried or even seen before. “But if you are open to trying new species, learning more about how they are caught and supporting and getting to know your local fishers, then this is perfect for you.”

Each share includes a popular species and a less well known secondary species as well, and is expected to provide enough fish for four serves. Customers can take their fish whole or have them filleted, and the recovery of meat from each species will largely determine the final size of portions ready to cook.

Tom Cosentino says the Fair Fish shares have been developed with Australian Dietary Guidelines in mind, and he expects it will provide, at a minimum, the two serves of seafood recommended each week.

“However, Fair Fish is designed to provide customers with a promised value each week, rather than a promised quantity. This way, consumers are rewarded for trying under-utilised species when the fishers bring them in.

“Each weekly package will contain at least two 200-gram serves of seafood, but in times when under-utilised species are the catch, consumers might receive up to one kilogram. This helps the fishers to establish a market for their bycatch and consumers to try delicious seafood that would otherwise be kept secret.” 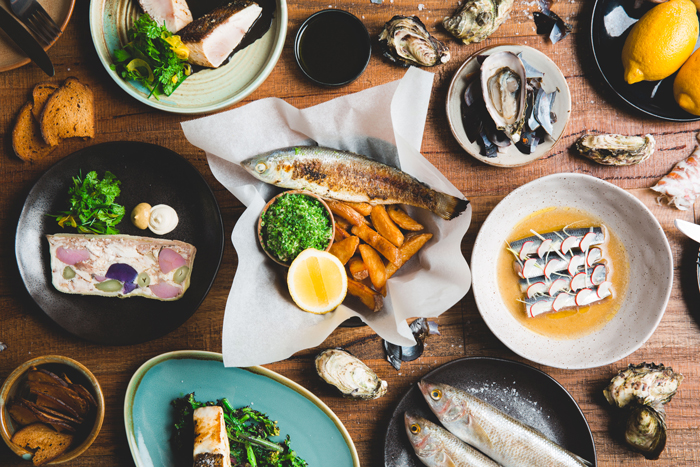 Fair Fish is applying a community-supported fisheries (CSF) business model, which is gaining momentum around the world. In addition to being a funding partner for the Fair Fish initiative, the FRDC has been an active proponent of the model in Australia, sponsoring a range of knowledge-exchange activities between Australia and the US.

Customers pay for a share of the catch upfront. This helps fishers lock in a fair price early in the season to cover their gear repairs, upgrades or boat maintenance. In return, consumers get a guaranteed amount of fresh fish delivered.

This differs from the traditional model where fishers take their catch to an auction to be sold to other wholesalers or retailers, and then on to the public. Auctions are an easy option, but there is no guaranteed price for fishers and there is no direct interaction with consumers.

Fair Fish shares have been unofficially available since July 2018 through the Fair Fish website with a dozen early subscribers. However, the launch of the smartphone app in October will launch Fair Fish into promotion mode, with a target of 450 subscribers.

The app provides notifications to consumers, including details about who has caught their fish and how, weather updates influencing the catch and seasonality details of why a species may be abundant at certain times but not others.

Tom Cosentino says Fair Fish headquarters is the original collection point for fish, but he is working to add other collection points as the subscriber base builds, including collection from the local communities where fishers are based.

“One of the benefits of the app is that fishers or fishing groups in other locations can also use it outside of the CSF program, to tell their local consumers when their fish are ready for pick up. Ideally, we’d love to see this happening all around Australia.”

Before the public offering this year, Fair Fish conducted a 10-month trial with restaurants in Adelaide, connecting them directly with fishers to take their fresh catch. The response was so good the pilot was capped at 20 restaurants and two festivals.

Toby Gush from Chianti Restaurant, in Adelaide, says he really values the fresh product he receives.

“You can taste the difference in the simplest things. It’d be like carrots from the farmers’ markets as opposed to the ones that have been in storage. With the calamari we just grill them and serve with lemon, parsley and garlic, and everyone goes crazy for them.”

Andrew Douglas from Iberia Restaurant agrees. “The biggest thing is the quality and freshness of seafood we get,” he says. “It is shortening the supply chain and the time taken to get the fish. And I like to give money straight to the guys who are doing the hard work.”

He says the sometimes random assortment of seafood supplied is part of the appeal, and something he’s happy to work with; it helps bring some less well known species to the attention of consumers.

Tom Cosentino says chefs were very creative during the trial, trying to use all species and all parts of the fish caught. “They created a bottarga out of Snook roe, used skate in their recipes and are even working on a dish featuring snapper scales.”

Recipes developed by these restaurants feature on the Fair Fish app, along with catch and delivery information, so people feel confident cooking the different species supplied each week.

Tom Cosentino has also developed the Instagram account @fairfish to promote the CSF concept, amassing 1000 followers during the past year. The account features the fish, the fishers and restaurants involved.

“We have been really lucky with our fishers,” he says. “Many of them have been keen to be pioneers of this new model of selling fish and have been regularly attending meetings to provide feedback.

“Our fishers have said they’ve begun to feel appreciated by their communities. Three of the program’s fishers have even been nominated for Delicious Magazine Food Awards by the chefs using their catch.”

Future plans include liaising with local vegetable and wine producers, with a view to creating a combined offering that provides a complete meal option, and an even better local buying experience.

Along with support from the FRDC, Wildcatch Fisheries SA Inc has been supported by the Farm Co-operatives and Collaboration Pilot Program (Farming Together program), which is made possible by a grant under the auspices of Southern Cross University to administer the program by the Australian Department of Agriculture and Water Resources.