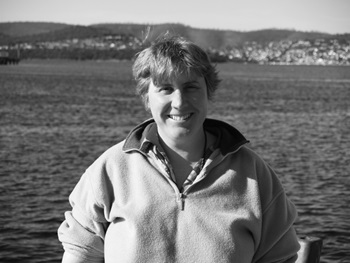 Beth Fulton from the Centre for Marine Socioecology.

There was a time, up until the turn of the century, when the technological ability to harvest fish was expanding rapidly and outstripping our understanding of oceans. Over-fishing turned into a global crisis that demanded a regulatory response which could not wait for science to close the knowledge gap.

Using the tools and data available at the time, a series of single-species management protocols was developed. The aim was to achieve the sustainability of both fishing enterprises and fish stocks, striking a balance between conservation and profitability.

In the intervening years scientists have continued to work towards more sophisticated understandings of the systems in which fish populations live – to quantify fish stocks, develop monitoring techniques and better understand impact and consequences in marine habitats.

A leading proponent of this approach is Beth Fulton from CSIRO and the Centre for Marine Socioecology, a joint centre supported by CSIRO and the University of Tasmania in Hobart. She describes EBFM as the inevitable evolution in thinking about fisheries and our oceans.

“We are at the point where we can start to give context to what managers have been doing, using an ecosystem lens,” Beth Fulton says. “That means we have the ability to explore the impact of fisheries governance in terms of the health of entire ecosystems.”

She views it as inevitable that management structures will need to keep evolving, given the unprecedented rate of change occurring globally and the challenges the world is facing.

“This is a faster rate of change than anyone has ever had to deal with before,” she says. “That means a lot of the old management structures are not enough by themselves anymore. So there is this desire to find new ways of doing things.”

Even though EBFM is a work in progress, taking a systems approach has found real-world applications and made impressive contributions, with more in store as the approach gains capability.

EBFM is being looked to globally for improvements in the management of fisheries.

An exploration of governance and impact is at the heart of an international research project led by Alida Bundy of the Bedford Institute of Oceanography in Dartmouth, Canada.

In all, 27 ecosystems from around the world – including Australia – were included in the analysis, ranging in size from 1000 to 3,700,000 square kilometres.

The selected ecosystems were analysed by 61 experts, including Beth Fulton and others experienced in Australian fisheries. The researchers each had an average of 18 years of experience in fisheries and 13 years in sociological research or fisheries management.

Among the largest regions included was the ecosystem(s) of Australia’s Southern and Eastern Scalefish and Shark Fishery (see Figure 1). It has been managed by the Australian Fisheries Management Authority (AFMA) via an integrated set of management rules that act together to achieve sustainable catches and protect the ecosystem supporting the fishery. 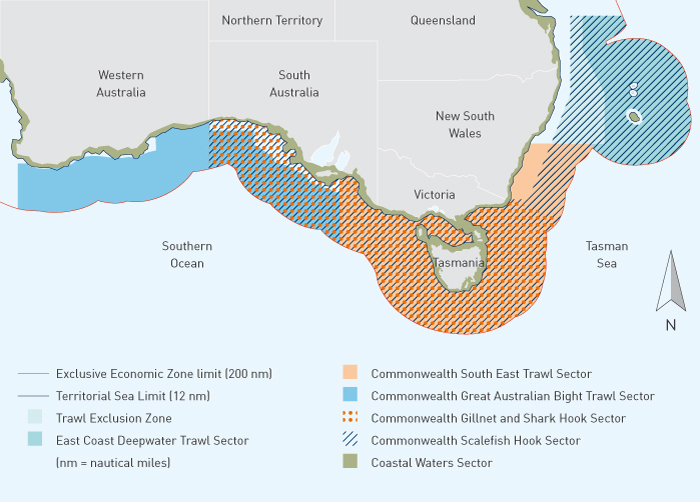 Figure 1 The Southern and Eastern Scalefish and Shark Fishery is made up of several different components.
Source: Australian Fisheries Management Authority

These rules restrict total catches, how many boats can fish, and regulate where and when fishing can occur and what gear can be used.

When all ecosystems analysed were ranked, the three ecosystems with the best-performing scores were the south-east Australian shelf, followed by the USA’s west coast and the Barents Sea, off the northern coast of Norway and Russia.

“It was a pleasant surprise to see how well Australia did,” Beth Fulton says. “We can become a bit cynical about the status of our own backyard, focusing on the issues and not recognising all the wins, so the ranking was a good reward for the effort put in by industry, managers and scientists.

“Australia’s commercial fishing sector recognised there was a problem, they were willing to address it and that effort is paying off.”

Australia’s high rank becomes understandable when the key governance determinants associated with positive ecosystem outcomes are listed. All would be familiar to Australian commercial fishers. They are:

The analysis bodes well for the Australian fishing sector, although the scientists warn that no nation achieved results worthy of complacency.

The rise of Atlantis 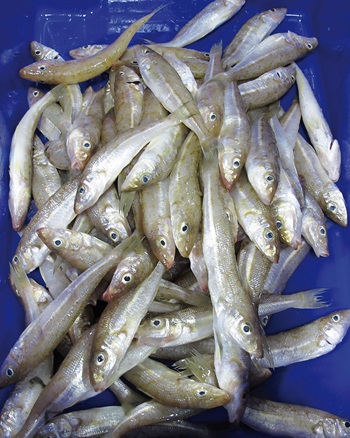 Unlike single-species management approaches, EBFM does not view fisheries as exclusively biological entities. In reality, fisheries are more complex than that since the biological elements intersect with environmental, geological, climatic, anthropological, cultural, social and economic dimensions.

Ecosystem-based thinking endeavours to capture this complexity by finding ways to integrate within one conceptual framework the knowledge systems of many disciplines, with economic and social science prime among them.

The need for this interdisciplinary integration forced Beth Fulton to look beyond her own training in marine biology and ecology, and even question the way science is structured.

She says that science’s empirical rationality tends to categorise the objects it investigates, taking things apart and separating them. The resulting descriptions can be astonishing, but they rarely represent the complexity of real systems, with their capability for dynamic changes and influential interactions.

“That old way of thinking within disciplinary silos had to be gotten over,” she says. “It took time – and the process is ongoing – but this more whole-of-system approach is now embedded into ecosystem thinking and in the management advice it provides. For a modeller like me, that meant integrating knowledge from different disciplines to match or mimic the degree of integration in the real world.”

As such it is the ‘inter-connections’ between parts of a system that she and her collaborators strove to better understand.

To that end, the data-crunching power of ever-more sophisticated computer models has become central to the ecosystem-based analysis. These help researchers to perform the complex integration of biological, social and economic considerations.

Prime among these modelling systems is Atlantis, developed by Beth Fulton and her team.

“Initially Atlantis was used to understand how to represent an ecosystem and then how ecosystems work,” Beth Fulton says. “As it evolved, it found practical applications. You would never use it to set a total allowable catch (TAC), but you can use it to contrast different management options, to support decision-making and to identify otherwise unpredictable outcomes of management policies.”

Atlantis has been used to address specific fisheries questions as part of several FRDC-funded projects. One project in particular ‘Alternative management strategies for south-east Australian Commonwealth fisheries’, was key to the system’s evolution.

The project sought to find alternative management strategies when the quota-management system in place was failing. The Southern and Eastern Scalefish and Shark Fishery is one of the few fisheries in Australia where EBFM is applied.

In addition, Atlantis has also been used in the management of more than 40 ecosystems globally. In 2007 the United Nations Food and Agriculture Organization rated Atlantis as the world’s best program for the strategic evaluation of marine fisheries management.

Besides the model of the south-east Australian shelf used in the study led by Alida Bundy, models have been developed for other locations, including the whole Coral Sea and the Great Australian Bight. An Atlantis model is under development for the Great Barrier Reef and another is close to completion for south-west Australian fisheries.

FRDC projects have applied Atlantis to a range of fisheries and scenarios, such as evaluating the potential effects of climate change on south-eastern Australia’s coastal waters. Over the years, Atlantis has grown in capability as it has been applied to more fisheries and as scientific knowledge has grown. The availability of more data with which to validate models has also greatly removed the need for assumptions.

More research will ensure that ecosystem-based analysis will keep growing in sophistication and the researchers’ willingness to work with industry and management helps to drive adoption.

The Alida Bundy study was co-funded by IOC–UNESCO, EuroMarine, the European FP7 MEECE research project, the European Network of Excellence EUR-OCEANS and the FRB EMIBIOS project. Researchers outside of Europe volunteered their time, with Australian researchers grateful to funding bodies, such as the FRDC, for supporting their work.