A force for change 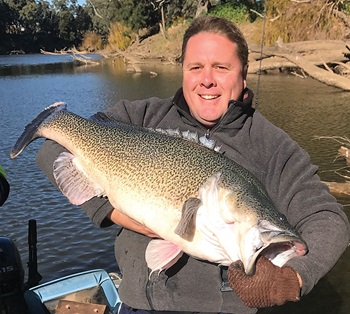 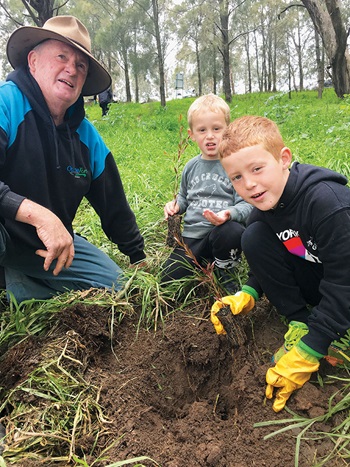 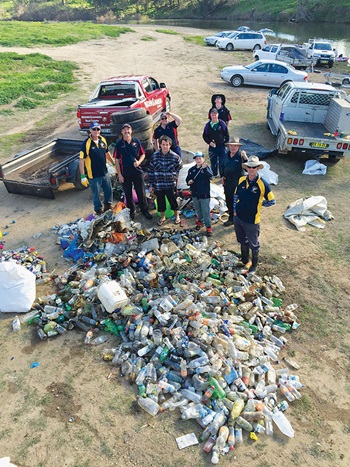 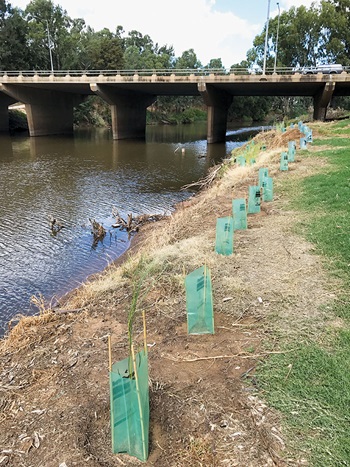 Since running a raffle a decade ago, which raised an impressive $16,000 in just a few months, they have created the Inland Waterways Rejuvenation Association (IWRA), run numerous educational and media campaigns, and established one of Australia’s biggest annual fishing competitions – the Lake Burrendong Classic. This event attracts hundreds of participants and raises tens of thousands of dollars to rehabilitate local waterways.

About two years ago, they bought a bus to transport Work for the Dole scheme participants to and from river-restoration sites. Since then, dozens of unemployed people have planted 7000 trees, weeded and removed rubbish from riparian zones, put snags into rivers and installed awareness signage. Several of the ‘River Repair Bus’ workers have moved on to full-time jobs.

Matt Hansen, who is a real estate agent, says these participants have done a great job restoring sections of riparian zones on the Macquarie River. “It’s not just the environmental benefits and watching trees grow along the river, but we are really proud of the social benefits of helping people find routine in their life and return to full-time work. They are creating habitats and food sources for our native fish, and some of the work is incredible – the belts of trees that are springing up along the river, we can really see results from that.”

While other changes in river systems are difficult to quantify, there is plenty of anecdotal evidence that their work is paying dividends.

“A lot of people tell us that they catch fish around the snags that we have put in. It is common for families to catch 10 native fish in an afternoon, and that just wasn’t happening a decade ago. The fishing was nowhere near this good. We believe that the river is fishing better than ever and it is thick with Murray Cod and yellowbelly (Golden Perch).”

Rob Ryan is a former River Repair Bus participant. He completed a standard three-month stint with the program in 2017 and subsequently found full-time employment as a nurseryman. He agrees the river is looking healthier and fishing better. “I grew up fishing in this area, and you can really see the program’s benefits to the river system. It is a lot cleaner than it used to be, and a lot more people are getting down there to fish.”

He is grateful to the IWRA for a positive learning experience and “getting me to where I am today”. A year ago he was planting trees and cleaning up riverbanks with the River Repair Bus; now he is conducting research on Australian native plant species and involved in all aspects of the nursery industry.

IWRA initiatives have evolved away from initial efforts to restock rivers with fingerlings. “As our understanding grew, we found it was better to rebuild the system holistically and let the native fish repopulate on their own. It is a lot more cost-effective to get fish breeding well,” Matt Hansen says.
Education work has also come to the forefront. “We have undertaken a number of educational strategies to not only lift the quality of our fisheries but also the understanding of our fishers.

“We have really worked to break the ‘catch it and fillet’ mentality that was rife here a decade
ago, using initiatives like putting 100,000 educational beer coasters into pubs and clubs to get the discussion going around rules and regulations awareness, and encourage catch-and-release.

“We also recently conducted a TV campaign called ‘When they’re on the nest, give them a rest’ highlighting the need for people to leave Murray Cod alone during breeding season. That was funded with

Lake Burrendong Classic fishing competition money, and lets people know that they are leaving Murray Cod open to predation if they catch the large ones that are guarding the nests during those periods.”

IWRA’s community engagement model has been used as a template by other organisations. This includes OzFish Unlimited, and Matt Hansen sits on the OzFish board. It has also co-hosted an inland fishing summit that included coaching for skills development around fundraising, event management and how to undertake habitat replenishment works from start to finish, as well as the chance to look at work that has been done.

The FRDC sees the value of this model and is keen to see more like it flourish, funding a project through OzFish Unlimited called ‘Empowering recreational fishers as champions of healthy fish habitat’.

“This project is all about empowering local communities of recreational fishers to do exactly what Matt and his team have been able to achieve,” says Josh Fielding, senior portfolio manager at the FRDC. “They’ve shown exactly how recreational fishers are leading habitat-rehabilitation work nationally.”

However, there is plenty of work still to do, Matt Hansen says.

“But we have also had some fantastic results. We have changed well-ingrained habits that involved illegal fishing techniques such as set lines and nets.

“When we first started to speak out against illegal fishing, I was getting my tyres slashed regularly by a small group of hard-core illegal fishers, but that problem is in the past. Some of those people have since been helping out on the River Repair Bus and they couldn’t agree more that the fishing is fantastic compared to before, when nets and set lines were evident up and down the local river.

“The change has been embraced by the community and they are right behind the inland waterways movement. People love to catch-and-release, post fishing photos on social media and come to the Burrendong Classic. The cultural change has been significant and is one of the proudest things for the IWRA to have achieved.”

Some of the rubbish removed from local waterways by River Repair Bus participants. (Photo: Matt Hansen)