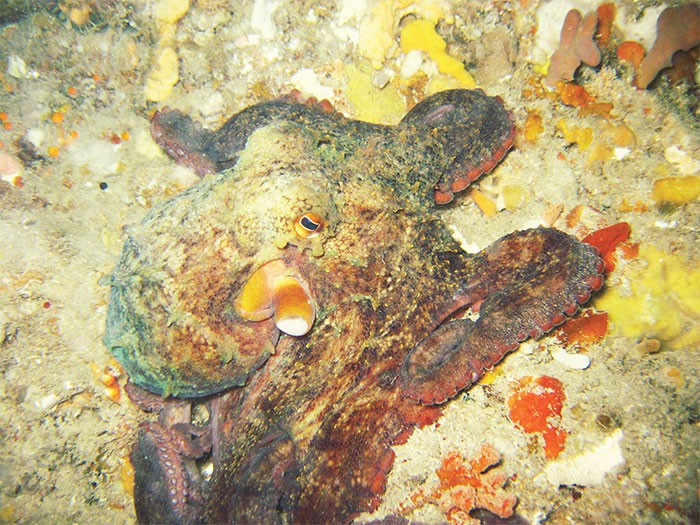 The ‘Innovative development of the Octopus tetricus fishery in Western Australia’ project was completed in 2016 with a total of $890,000 in funding from all sources (in present value terms), including the FRDC and WA Department of Fisheries. That is a benefit–cost ratio on the investment of 7.2:1, as highlighted in the impact assessment conducted in 2017 by Agtrans Research and Consulting for the FRDC.

The impact assessment has demonstrated how a relatively small investment can ‘kickstart’ a whole new industry, and is part of a broader program of impact assessments the FRDC is undertaking to maximise funding outcomes.

The assessment uses a time frame of up to 30 years from the last year of investment for accrued benefits, with impact categorised into a triple bottom line framework (Table 1). Past and future cashflows were expressed in 2016-17 dollar terms.

A three-year research investment of less than $1 million is expected to generate benefits of more than $6.4 million to the Australian fishing sector in the coming years. It has also helped Western Australia improve its resource management and provided scientific evidence to support the growth of a new fishery in the state.

The benefits of the project and the expansion of the fishery are expected to accrue principally to the octopus fishery and its licence holders. However, the improved resource management also provides environmental benefits, with wider social benefits accruing from increased regional income.

The octopus research project was initiated on the back of fisher-driven innovations, specifically a new trigger trap that was 15 times more efficient than traditional open shelter octopus pots.

The trigger traps were introduced commercially in 2010 and the catch in the Western Australian Developmental Octopus Fishery increased 260 per cent in just one year – from 33 to 119 tonnes. By 2012 the traps were the dominant gear type, producing 95 per cent of the catch, and by 2013 the number of fishers targeting octopus had increased to 17 vessels, up from six vessels in 2009.

This surge of interest in commercial octopus fishing saw vessels operating from Kalbarri in the state’s north to Busselton in the south, at depths of 40 metres or more. Traditional open shelter traps are generally limited to much shallower waters.

The research into the O. tetricus species and the initial biomass assessment for the fishery identified considerable room for growth, from development stage through to the current interim management stage, moving towards a fully managed fishery as more data about octopus populations becomes available.

The project estimated the harvestable area with the new, more robust traps to be 34,000 square kilometres, with the potential to sustainably increase annual harvests from 200 tonnes to more than 1000 tonnes a year. The research also validated the effectiveness of the trigger traps compared with open shelter traps.

The study was the first of its kind to age a wild population of octopus, developing a new rapid ageing protocol that can be applied in other octopus fisheries.

Octopus stylets – the reduced remnant internal shells found in the mantle musculature of many octopus species – have concentric rings that can be used to estimate age. The technique is similar to using fish otoliths (ear bones) to directly age animals, but it is time consuming and requires specialist equipment and considerable expertise.

In this project researchers validated a strong relationship between the number of growth rings in a stylet and the stylet weight. Using stylet weight as a proxy for age they were able to rapidly and reliably age 3500 octopuses.

Maximum age was calculated at about 1.5 years for both males and females, with males maturing at 240 days or so compared with 380 days for females.

Testing the trigger traps showed that 75 per cent of their catch was mature males of more than one kilogram; traditional shelter pots caught a mixture of mostly immature males and females weighing less than one kilogram. This high selectivity for adult males effectively protects the reproductive capacity of the fishery. Spawning was also found to occur throughout the year with six-monthly hatching pulses during transitional temperatures.

The impact assessment of the ‘Innovative development of the Octopus tetricus fishery in Western Australia’ project is one of 20 conducted in the first year of the FRDC’s five-year program to evaluate its research, development and extension portfolio. The average benefit–cost ratio of the 20 projects was about 4.5:1.

The Industry and People Programs reported the best performance, with a benefit–cost of up to 9.7:1 while the Communities Program had no quantified benefits.

More impact assessments are reported on the FRDC website.