The latest developments in research, science, technology and marketing presented at the 2017 NSW Oyster Conference show how growers in the state are taking greater control of their fate 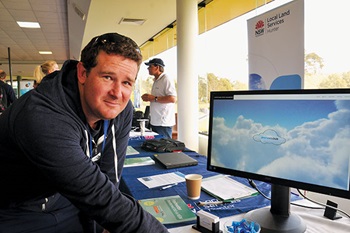 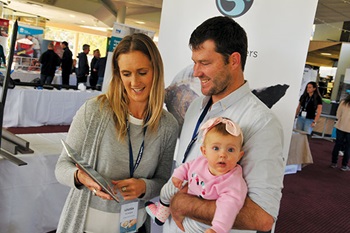 As part of the 2017 NSW oyster growers’ conference held in Merimbula recently, an innovation workshop highlighted how smart technologies are crunching data and transforming business management for oyster growers.

Two initiatives, SmartOysters and Oyster Cloud– smartphone apps and online software developed by growers for growers – were featured at the workshop.

Both integrate crucial business information from multiple sources to make it accessible on smartphones, transforming day-to-day
management and productivity.

Proving that necessity is the mother of invention, Ewan McAsh said the app was inspired by the “overwhelming” amount of paperwork he faces managing his farm, along with the need to find more time to spend with his baby daughter.

“Six months ago I had 10 hectares of heartache,” he said. But with the app up and running, he has been able to cut back his work hours, spend more time with his daughter, “and still manage the farm better than it’s ever been managed,” he said.

The SmartOysters app guides stock management and scheduling with colour-coded maps of oyster leases marked with pins that describe the status of different batches and actions required. It also provides data analytics, reporting and forecasting functions to help long-term planning and business strategy.

All SmartOysters users own their own data, but the software also allows for collaborations; growers can either share specified data on a one-to-one basis, or in larger groups.

“A key part of farmers taking their destiny into their own hands is in capturing that data through apps like SmartOysters and using it to their advantage,” he said.

Oyster Cloud is a similar program developed by Matt Toan for the Port Stephens-based XL Oysters because the manager’s head was “running out of RAM”.

Matt Toan said Oyster Cloud uses colour-coded displays to represent where oysters of varying age, stage and size were on the leases. The configurations change weekly as oysters are continually brought to shore, assessed, worked on, returned to the lease or sold. It also calculates mortality rates of particular batches in different areas, displaying results as easy-to-read graphs to quickly pinpoint problems as well as comparing data on wild-caught spat or seed brought in from different hatcheries.

“It basically gives you a digital whiteboard – recording and reporting everything that happens,” Matt Toan said. While oyster farms could be very complex businesses with thousands of trays at varying stages of development at any given time, apps customised for individual farms could help to manage them, he said.

The new management apps are a marker of how far the industry has come since the first programs to breed faster-growing, more-resilient oysters began in the 1990s.

The coordinator of the three-day conference, Andy Myers, of OceanWatch Australia, said the event provided important communication opportunities for the 200 delegates who attended.

“Collectively, the industry has the answers, but there needs to be more opportunities for producers to connect, share and learn from one another,” he said.

The conference is one of a suite of communication initiatives he coordinates for the NSW oyster industry. Andy Myers’s OceanWatch role is funded through the NSW Government’s Local Landcare

Coordinators Initiative and supported through the partnership of Local Land Services and Landcare NSW.