From snorkelling with seaweed to high-tech algal aquaculture for better health, Pia Winberg’s focus is on production for a sustainable future 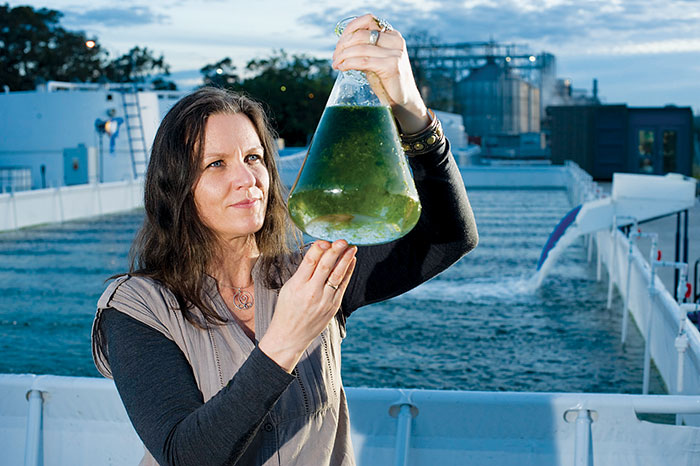 For almost 20 years Australian scientist Pia Winberg has been investigating and advocating for the wide-ranging benefits of seaweed.

Her message is now reaching national and international audiences. The business she founded four years ago as a leap of faith is on the cusp of a major expansion of seaweed production and its own food and pharmaceutical product range. Today, she says, the field of seaweed aquaculture is “ready to explode”.

Based at Shoalhaven on the New South Wales south coast, Pia Winberg has long advocated for more widespread use of these diverse marine plants in Australia and has established herself as an international expert in phycology – the study of algae and seaweeds.

Her efforts include leading the Australian Seaweed Network, which operated for four years from 2010–13, and coordinating an international applied phycology conference in Australia in 2014. She also published the cookbook Coastal Chef in conjunction with the event, featuring recipes from 18 chefs using 27 seaweed species from around the world.

Her own early encounters with seaweed were as a child, snorkelling in Sydney Harbour. She admits that when Japan’s ‘sushi wave’ first hit the world the 1990s, eating seaweed initially seemed “a stretch” from her westernised perspective, despite its popularity in Asia. But tastes, including her own, have evolved considerably since then.

In the late 1990s she was studying a master’s in marine science at Stockholm University, investigating seaweed potential to remediate tiger prawn farms in Sri Lanka. This included analysing water nutrient dynamics – how nitrogen, for example, can be taken up from prawn waste into seaweed.

While being paid to grow seaweed to “clean up” seemed an unlikely future, she has remained committed to the principles of balanced environmental systems and recycling of nutrients. This underpins the seaweed production business she set up in 2013, Venus Shell Systems, where she is CEO and chief scientist. The seaweed is grown in land-based ponds using a combination of wastewater taken from the nearby Shoalhaven Starches wheat-processing plant and water from the Shoalhaven River estuary. While the processing plant is able reclaim 80 per cent of its wastewater for potable uses, the remaining 20 per cent contains nitrogen and other nutrients that make it ideal for seaweed. Extracts from her seaweed are used in aquaculture feeds, foods, cosmetics, dermatological products and pharmaceuticals; the range of products is continually expanding.

Venus Shell Systems has been a long time in gestation, as Pia Winberg’s belief in the potential of seaweeds continued to grow in parallel with increasing concerns about the future of the Shoalhaven community where she lives with her husband and two daughters.

She says during the 2000s the local fishing industry was affected by lower fish yields, restructuring of fisheries management, the creation of marine protected areas and competing interests; people were losing jobs.

“I was incredibly frustrated just writing papers about the opportunity of aquaculture and seaweed, living in a community where it could be part of the solution to real socioeconomic problems.” She began pushing the idea of a sustainable seaweed industry with the Shoalhaven City Council and other agencies on the south coast. 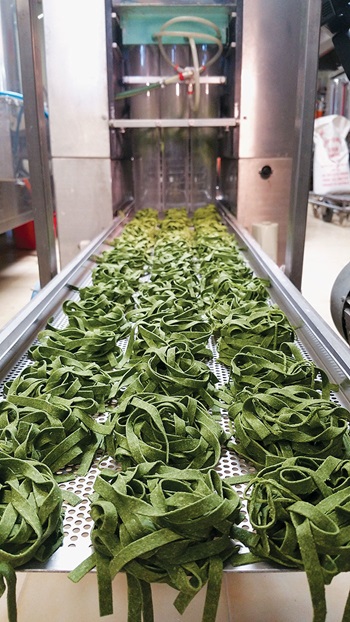 In 2008, Pia Winberg reviewed the nutritional value and market potential of seaweed for the Rural Industries Research and Development Corporation. The review identified seaweed as an excellent source of trace elements, vitamins and minerals, omega-3, protein and dietary fibre that benefits gut microbiome.

Concurrently, in mid-2008, she became the director of the new Shoalhaven Marine and Freshwater Centre at the University of Wollongong. The focus of the centre is sustainable marine food production and it works on a range of marine projects important to the local industry.

The role was also a chance to promote research into seaweed as a key element in sustainable aquaculture. Australia has thousands of species of seaweeds, hundreds of which are unique to this country. From an evolutionary perspective, they are more diverse than plants on land, Pia Winberg says. Her research has evaluated the nutritional differences across species, as well as strategies to convince consumers to eat seaweed.

In 2014 she left the Shoalhaven Marine and Freshwater Centre to establish Venus Shell Systems. With the potential for future employment she was supported by the local community.

The gathering momentum also led Shoalhaven City Council to establish Blue BioTech Shoalhaven in 2014 as an industry hub and collaborative venture with local industries, researchers and government to promote aquatic biotechnology growth in the region – including seaweed. Since then, it has been a ‘big ride’, she says.

It took some time to find the right equipment to build an efficient system that supported the ecological process, and to scale it up from the laboratory to a farm. In 2016, the farm produced three tonnes of a single species of seaweed a year, with plans to expand the area under production and to include other species.

“We have done a lot of research looking at the genetic barcoding to identify the species around Australia’s coastline. The great opportunity in Australia is that our seaweeds are unique and clean in most parts of the continent. It is currently used for food and health products to fortify what food lacks in most Western diets,” she says.

PhycoFood is now on the verge of scaling to larger commercial production and Pia Winberg is approaching supermarket chains about its food products.

“At the moment demand has suddenly exploded, right in the middle of getting new investment and scaling up our production to commercial scale to achieve that demand – it’s challenging,” she says.

She appeared at a BBC event on the future of food last year with the popular British television presenter Michael Mosley, who happened to be writing a book on gut health, which has been the subject of clinical research trials for another of Venus Shell Systems’ subsidiaries, PhycoHealth.

“Now everyone wants to try our capsules for gut health,” Pia Winberg says.

PhycoHealth has partnered with a supplements and pharmaceutical manufacturing company in the region and will launch its gut health and skincare products this year. Its e-commerce platform is expected to take advantage of international interest in these products.

Other clinical studies include the health benefits of seaweed in reversing inflammation and pre-diabetes symptoms, purifying molecules as a potential treatment for a range of health disorders and investigating wound-healing properties.

Given her scientific background, which includes a PhD in Marine Ecology at the University of Wollongong, an evidence-based approach is crucial for Pia Winberg in approaching investors and in countering naysayers critical of seaweed as just another fad.