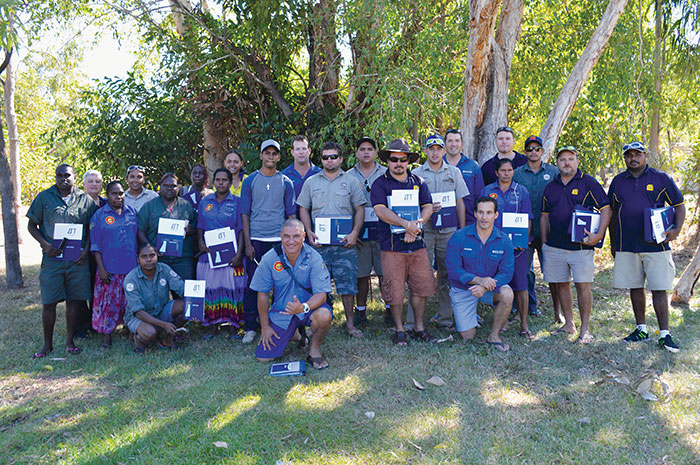 The need to know more about the stock structure of three vulnerable tropical reef species has been used as an opportunity to build capability in Indigenous communities in the Northern Territory, providing multiple benefits for government agencies and local people.

A collaboration involving the FRDC, the NT Government and several universities and research agencies across northern Australia has resulted in a wealth of new fisheries data to improve the management of Black Jewfish, Golden Snapper and Grass Emperor.

It has also provided a new training curriculum and a successful cohort of graduates, many of whom have already moved into new job roles.

Increased capability in Indigenous communities has the potential to both increase employment opportunities in those communities and reduce the costs of doing research in these remote areas.

Black Jewfish (Protonibea diacanthus), Golden Snapper (Lutjanus johnii) and Grass Emperor (Lethrinus laticaudis) are all popular with both commercial and recreational fishers. However, effective management of the three species has been hampered by a lack of knowledge. 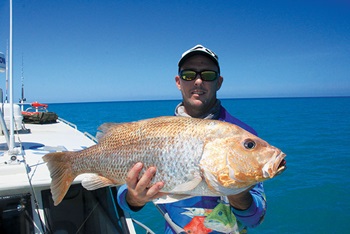 All three species are distributed widely in Australia’s north and are also found in other parts of the world, but there has been little research into their population structures.

Principal investigator on the project for the NT Department of Primary Industry and Resources Thor Saunders says that reduced numbers of these species in particular parts of NT were first officially noted in 2010. These have paved the way for changes to management of both commercial and recreational fishing of the species.

He says that increases in recreational fishing in recent years are likely to have resulted in reduced numbers in particular areas. The three species are particularly vulnerable because of their behaviour.

They tend to spend time in groups, and are easy to target and catch because they are quite habitat-specific. They are all also susceptible to barotrauma, which means they often die even if they are caught and released by recreational fishers.

Additionally, Golden Snapper and Grass Emperor have vulnerable biology; they are relatively slow-growing and late-maturing.

The Northern Territory has 11,000 kilometres of coastline, 84 per cent of which is owned by Indigenous communities. These communities are also keen to develop and manage their own fisheries in the areas where they have rights, and Thor Saunders says it makes sense to build fisheries and research-related skills. This has added benefits in providing employment opportunities in these communities. 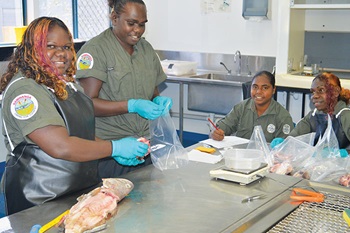 The expense and time of travel in the NT is a significant component of research costs. However, this can be reduced or eliminated where community members can collect and analyse samples.

The development and rollout of a nationally recognised Certificate II course in sampling and analysis was developed and completed in Darwin with 17 Indigenous marine rangers undertaking the training. Samples of fish collected and measured by participants during the course were also used in the research to learn more about the three tropical reef species.

The project used a range of different techniques to gain a detailed picture of how populations of the three target species are structured and interact. Data types collected and analysed included otolith chemistry, parasites and genetic material. Sampling was conducted in a variety of locations along the NT, Western Australian and Queensland coasts.

Thor Saunders says the different analysis types provide information across different time and spatial scales, each giving insights into how populations of the species are structured.

Analysing the microchemistry of an otolith can provide up to 20 years of data and can indicate if a fish spends different parts of its life cycle in different types of environments, for example. Analysis of parasites provides information about the short-term environment of a fish, such as the body of water in which it has been recently living. Several different parasites were identified during this study and descriptions of these have now been published.

In contrast, genetic analysis provides information over generations, and possibly hundreds of years, and can give broadscale information about how different populations are related and may have dispersed over a longer time period.

Experience in sampling and collecting for this research project, which contributed to the Certificate II course, has led all but one course participant to new employment opportunities using those skills.

Three participants, who were Indigenous marine rangers, moved into positions as
research technicians in Darwin, allowing others to take up the ranger roles in their communities. Three communities are also participating in scientific monitoring programs on a fee-for-service basis.

Experience from previous training developed for fisheries compliance greatly helped the success of the program (see article in FISH September 2010). Thor Saunders says the success of the training program and curriculum hinged on several key factors, the most important of which was to have interested participants.

The training curriculum was developed as a regular training component for the Indigenous marine rangers, but there are plans to train more varied groups in the future, possibly even including secondary school students.

Using highly visual learning aids and practical hands-on materials was another vital component. The training and accommodation for participants at the same location in Darwin, at Nungalinya College, was another important factor.

With the success of the sampling and analysis curriculum, there are plans to develop similar training for fisheries management skills in Indigenous communities.

Thor Saunders says involving communities in the management of resources is the first step to decentralising management in the region. It sets the scene for co-management between Indigenous communities and government and can help ensure the successful development of Indigenous fisheries. 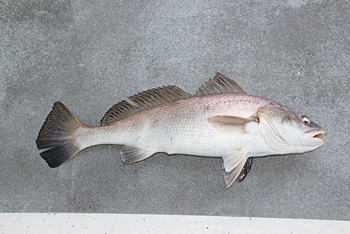 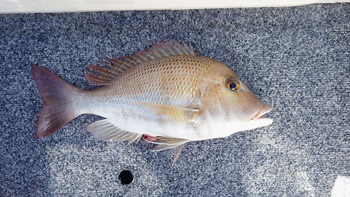 Black Jewfish, Golden Snapper and Grass Emperor all have a similar stock structure, according to new research in the Northern Territory.

Genetic analysis indicates that populations of each species are connected genetically across hundreds of thousands of kilometres.

However, within the broad, genetically connected populations there are smaller-scale, discrete populations groups.

Localised populations exist at scales of only tens of kilometres. Adult and juvenile fish of all three species tend to spend their lives in relatively small ‘habitat complexes’. However, larval dispersal accounts for the genetic connectivity over vast distances.

The findings of the research indicate the need for management at a small scale because of the risk of population depletions at these scales.

“This analysis showed that these populations take a long time to recover because populations are discrete and self-recruiting,” Thor Saunders says. “While closures had already been put in place, this report will further alter the way these stocks are managed.”

He says it is likely regulations for all fishers will tighten at some of the key population sites of the species. Given the issues of barotrauma-related mortality, these regulations may include additional seasonal and spatial closures.