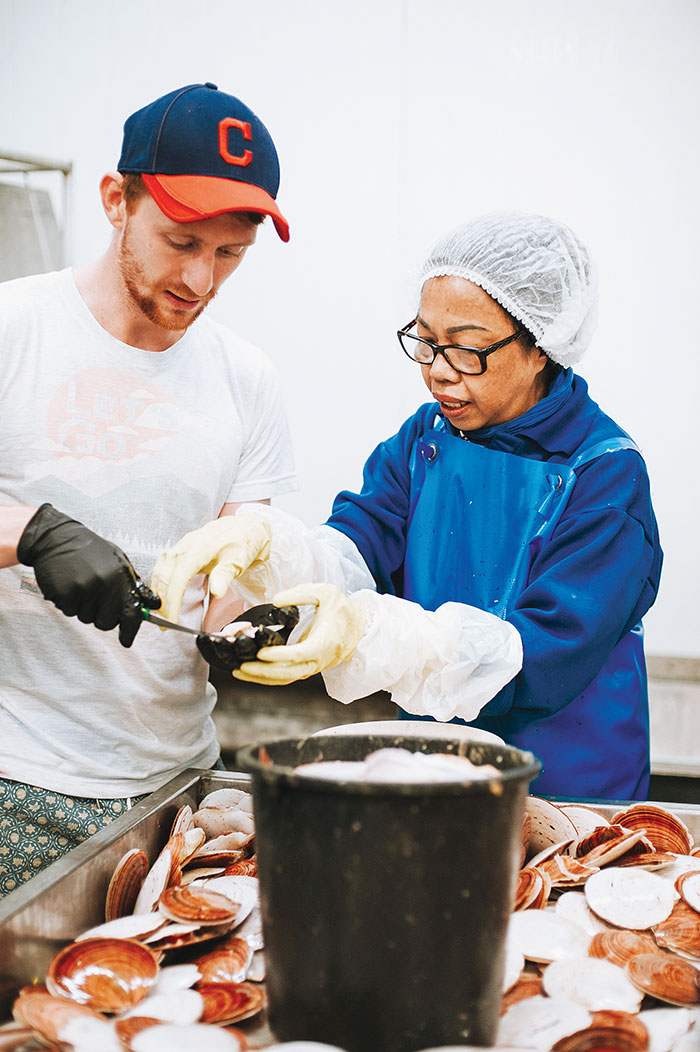 South-east Queensland was the destination for this year’s Electrolux Appetite for Excellence tour, continuing to engage young leaders in the hospitality industry with the story of Australian seafood.

The FRDC has sponsored the event for more than a decade, recognising that food-service professionals, from chefs to front-of-house staff, are increasingly interested in and advocates for the quality and provenance of what they offer customers.

Every year it gives a group of young chefs, waiters and restaurateurs the opportunity to meet with primary producers. It focuses on primary producers with an edge – something that makes their products special, whether that is quality, innovation or sustainability credentials. 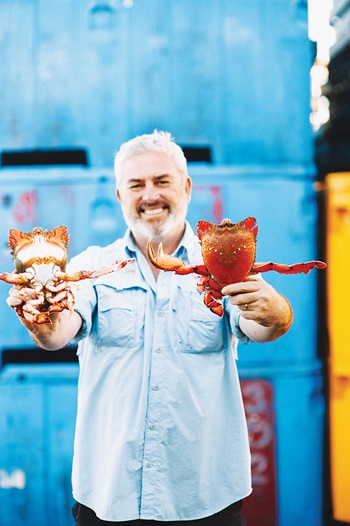 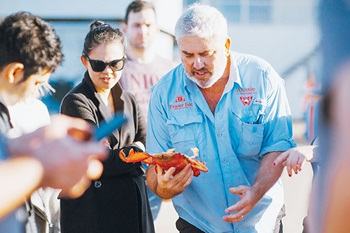 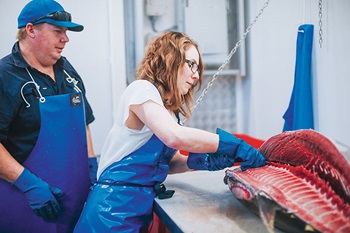 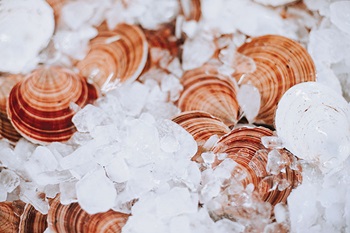 In early July, the group assembled early on the wharf at Mooloolaba to watch the day’s catch of Spanner Crab unloaded from the FV Shadow. On hand to talk were pioneers of the region’s Spanner Crab fishery Les and Lyn App of Fraser Isle Spanner Crab. With tales of near-death experiences and hard work, the Apps spoke of how they had built up their business from scratch.

The challenges of procuring Spanner Crab were not lost on the group members, who asked the fishers how they thought adequate price points could be achieved.

Jason Simpson, manager of Fraser Isle Spanner Crab, said that the role of restaurants and food-service professionals was key.

By using and celebrating high-quality Australian produce they signal to the public that there is value in taking the effort to value a product such as Spanner Crab, which many Australians once considered too finicky to bother with. The company now produces de-shelled packaged crab, both cooked and raw, which has helped to overcome consumer reluctance to deal with shelling crabs themselves.

There were many questions from the group about sustainability, the size and quality of crabs, bait used and closure periods. The group heard about the passive fishing methods employed in the fishery – where a dilly or flat crab pot is dropped on the floor with bait and then drawn up again. The FRDC’s Skye Barrett provided scientific background, explaining the advantages of the passive fishing method, which relies on the natural habits of the fish to catch it. In the case of Spanner Crab, the dilly is placed on the bottom of the seafloor with bait. Any crabs inside the dilly when it is pulled up are harvested. This technique also has the advantage of eliminating bycatch.

After touring Fraser Isle Spanner Crab’s processing facilities, the group moved on to Walker Seafoods on an adjoining wharf to learn about fishing for tuna, Swordfish and Mahi Mahi in the Eastern Tuna Billfish Fishery from Pavo and Heidi Walker.

As a company director, Pavo Walker told the group that sustainability certification Walker Seafoods had invested in for its catch in the Eastern Tuna Billfish Fishery, such as that provided by the Marine Stewardship Council, added value to the catch.

“It means that our product is in demand from sophisticated markets that demand both quality and sustainability.”

At Walker Seafoods, processing manager Daniel Jones provided expert advice about what to look for when selecting premium-grade tuna: clarity in the texture, a deep red colour and high fat content.

Making it look easy, he demonstrated how to fillet a whole 70-kilogram Yellowfin Tuna. He challenged group members to give it a go and they found that it was more than difficult than it looked.

Heidi Walker, managing director of Walker Seafoods, said the Appetite for Excellence tour was a great opportunity to address misconceptions people had about the industry and its practices. It was also an opportunity to educate consumers about issues such as the seasonality of eating fish such as tuna. While it was popular in summer, she said the fish were actually at their best in winter.

On the wharf surrounded by fishing boats the group ate lunch prepared from some of the local seafood on offer. The menu consisted of freshly caught barbecued Spanner Crab, tuna dressed in chilli, soy and ginger, chilli crab with shallots and ginger, and Swordfish belly salted and grilled, all accompanied by a tomato and red onion salad.

Two days later, the group met up with Paul Hodson of Urangan Fisheries at Hervey Bay and boarded the Millie Rose, docked at the wharf with its crew ready to set off for a voyage of several weeks’ fishing. It was an opportunity to dispel many misconceptions about trawling, such as the distinction between trawling and dredging.

Pointing to the surveillance cameras on board, Paul Hodson talked about the high regulation in place in the fishery. “Real-time management of the fishery and trigger limits are in place to halt fishing,” he said.

Owner of Melbourne restaurant Anchovy Thi Le was impressed with the processes at Urangan’s facility. “It’s good to know that the shells get crushed up and used for fertiliser to reduce waste,” she said.

When sourcing ingredients, she said she considered whether a product was local and how environmentally friendly it was, and she was keen to be able to find more information on sustainability for herself.

Several of the group were keen to learn about FRDC resources such as the Status of Australian Fish Stocks Reports (fish.gov.au and Fish Names) as a means to learn more about the ingredients they use.