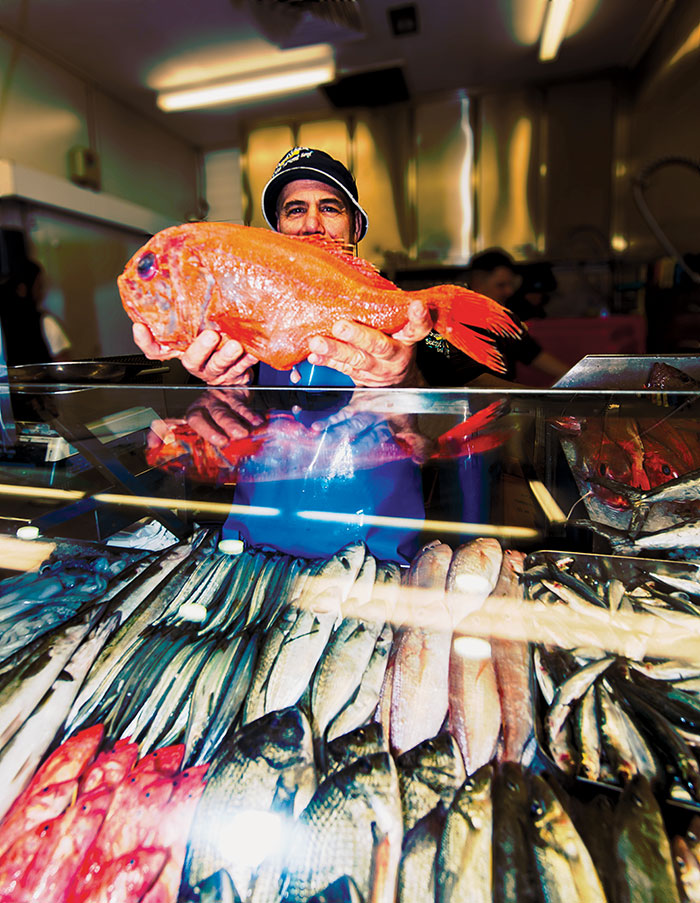 Australia’s Orange Roughy fisheries have a history of ups and downs similar to those in New Zealand.

But more rigorous science and improved management have provided the foundations for the ongoing recovery of Orange Roughy populations. This recovery is both a testament to the resilience of the species and to the value of research-based management.

Australia’s first large aggregation of Orange Roughy was discovered off Sandy Cape in Tasmania in 1986, and catches quickly increased up to 8000 tonnes by 1988. Following the identification of large spawning aggregations at St Helen’s Hill, a seamount off eastern Tasmania, and at Pedra Branca and Maatsuyker off southern Tasmania in 1989, effort and catch expanded exponentially.

Records show 85,000 tonnes of Orange Roughy were landed in four years, with a peak of 35,000 tonnes in 1990, when the estimated value of the fishery was $60 million – the most valuable fishery in Australia at the time. By Australia’s standards this is a huge amount (our next largest catch is Australian Sardines); internationally it is small scale.

As a Commonwealth fishery, Orange Roughy is managed by the Australian Fisheries Management Authority (AFMA), which was formed in 1991.

Despite the introduction of quotas, catches continued to decline and in 2006 Orange Roughy was listed as ‘Conservation Dependent’ under the Environment Protection and Biodiversity Conservation Act 1999.

By 2010, regular biomass acoustic surveys funded by the fishing industry were being undertaken to assess eastern Tasmanian Orange Roughy stocks. 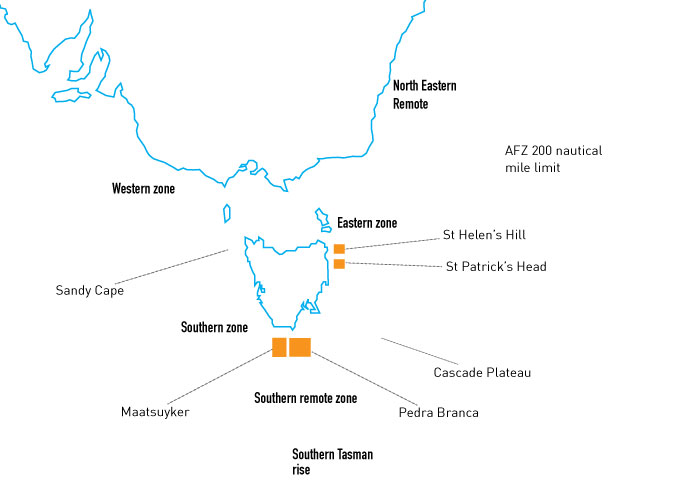 Based in Hobart, skipper Jamie Dunkley-Price has been fishing for Orange Roughy for the past 15 years in both Australian and international waters, and he also remembers fishing on St Helen’s Hill 25 years ago, when he was working as a deckhand.

“I’ve seen 60 or 70 boats actually fishing that area during the peak of the spawning – which is June and July and into August. Over the years it slowly declined, and the fleet moved on as quotas were issued and the effort got harder.

“Just before it was closed, if we were fishing outside of the spawning time, we would probably only catch 20 per cent of what we used to. Now they have actually opened up St Helen’s Hill again I can see how the fishery has come back,” he says.

Orange Roughy is managed and assessed according to four regional management units and two biological stocks. In the Status of Australian Fish Stocks Reports, the Cascade Plateau stock and eastern management zone are now classified as sustainable. Three of the remaining areas are still classified as overfished and one as undefined.

As a result of management in the eastern zone, AFMA has officially reopened fishing in the zone, which includes St Helen’s Hill, with a total allowable catch (TAC) of 465 tonnes. It has a TAC of 500 tonnes for the Cascade Plateau stock, which has been sustainably fished for many years. Minor incidental catch has been allowed in the remaining four areas. These TACs are now in place for three areas until 2017-18.

A University of Tasmania study of Orange Roughy in the eastern zone in 2013, indicates that the recovery of the population may be due to more than simply the cessation of fishing. As a compensatory effect of the removal of older fish, younger fish in the population have become fecund earlier, increasing the reproductive capability of the population and allowing it to recover more quickly than anticipated.

Jamie Dunkley-Price says with the reopening of the eastern zone, the profitability of operating the 32-metre Saxon Onward is based on catching smaller quantities of Orange Roughy, year round for the domestic market rather than targeting greater volumes during spawning peaks and export. He supplements this smaller catch with ‘table fish’ such as Tiger Flathead and Blue Grenadier for the domestic market.

The South East Trawl Fishing Industry Association (SETFIA), which represents Orange Roughy fishers, has been closely involved in biomass monitoring for the past two decades.
SETFIA executive officer Simon Boag says the industry has been proactive in supporting stock assessments. It has coordinated the recovery monitoring program, contracting CSIRO and fishing vessels to undertake biomass assessments.

The assessments involve the use of CSIRO’s acoustic optical system (AOS), which it developed over many years of collaboration with the Australian and New Zealand fishing industries and managers, to make the surveys more robust and cost-effective.

The acoustic optical system is attached to a net that is towed by a fishing vessel above schools of Orange Roughy and uses a multi-frequency approach to get a ‘snapshot’ of winter-spawning populations.

CSIRO senior research scientist Rudy Kloser has led the multi-frequency acoustics work that underpins this monitoring technology, which received initial funding from the FRDC. He says Orange Roughy is a “stealth-like” species; its wax ester-filled swim bladder is less reflective of soundwaves and harder to detect than the gas-filled bladders of other fish. However, the AOS measures the sound reflectance or ‘target strength’ of fish at multiple frequencies, with an extra high frequency needed for Orange Roughy.

The system also photographs fish with two cameras as they are herded into a trawl net to visually verify species, their length and orientation. Net captures during the assessments provide biological samples to measure fish size and reproductive condition, as well as otoliths for ageing fish.

Rudy Kloser says the winter 2016 survey supports a consistent increase in spawning populations over time. CSIRO will use the results to update the stock assessment models as part of evaluations used to set TACs for the 2018-19 fishing year.

The CSIRO research team and acoustic optical system technology have been involved in the formal stock assessments for both Australia and New Zealand, documenting the spawning biomass of the fisheries.

“Having such a robust tool was instrumental in assessing spawning stock status and population rebuilding in Australia, and in New Zealand’s Marine Stewardship Council certification,” Rudy Kloser says.

“This really is a great success story.”

He says the long-term aim is to develop a robust net-attached AOS system, operated by trained crew on commercial fishing vessels. This could assist with management of sustainable deep-water fisheries around the globe.