The measure of success

Australia’s fisheries sector has improved its performance over the course of a decade, with a new analytical framework helping to target further gains 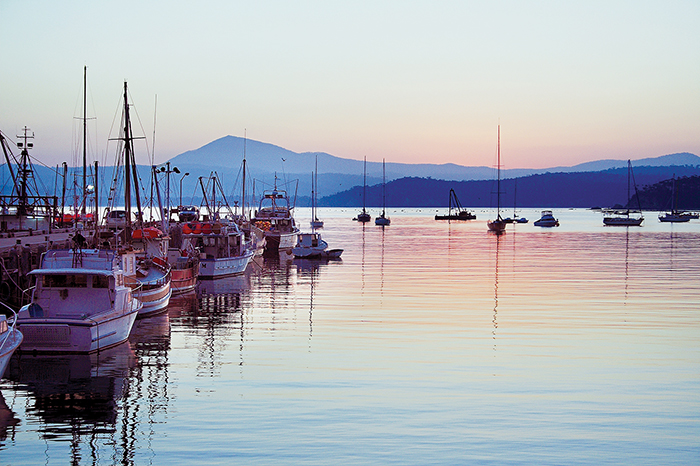 Sustainably making the most of Australia’s fisheries is the long-term aim of a new process designed to evaluate fisheries’ performance and to quantify the benefits being delivered.

This includes identifying the ‘performance gap’ – the difference between the potential value of benefits and the actual value of the benefits gained. The analysis incorporates not just the value of fish caught and farmed, but also the flow-on economic and social benefits from commercial, recreational and Indigenous fishing.

Over the past eight years, the FRDC has been developing a ‘Performance and Use’ analysis tool, with evaluations undertaken in 2009 and in 2014, that have included a retrospective evaluation of 2003 data.

The results from all sectors and topics are combined to provide an overall performance score. However, aquaculture data was only added in 2014 and there are still gaps in the information available for recreational and Indigenous customary fisheries, he says.

The most comprehensive and consistent analysis across the three periods has been for the commercial wild-catch sector, which has improved its performance score from 2.8 in 2003 to 5.9 in 2014. The greatest improvement has been reported in wild-catch fisheries management, which increased from 1.6 in 2003 to 6.6 in 2014 (see Table 1).

The research methodology being used is known as the Delphi technique. It relies on input from experts involved in the fisheries sector. In 2014, 132 experts contributed, representing commercial fishers, fish farmers, recreational fishers, Indigenous fishers, researchers and fisheries managers.

A total of 34 criteria are used to score the performance of each sector against the four performance categories (see Figure 1).

Detailed analysis of some specific fisheries or regional data has been extrapolated to provide state and national results, and to fill data gaps.

Josh Fielding says issues such as the global financial crisis, media events related to seafood and fluctuations in the Australian dollar all have the potential to change perceptions and thus influence the scores the experts give.

“For instance, an increase in community concerns about bycatch in wild-catch fisheries might produce a lower score in future evaluations against the social engagement criteria, although there may be no change, or even a reduction in actual volumes of bycatch,” he says. “We’re using a qualitative approach, rather than a quantitative approach based purely on numbers.”

He says the value of fisheries to the Australian community and what constitutes best use also changes over time and influences the allocation of resources to achieve the greatest benefits. There was strong support from participants for the research methodology, which they felt was both sound and flexible enough to deal with changes in community values, fishing practices and new data.

Josh Fielding says another ‘Performance and Use’ evaluation is planned for 2019. He expects new data collected during the next few years will help to inform performance scoring. This includes the continuing evolution of the Status of Australian fish stocks (SAFS) reports, first published in 2014, as well as projects such as the planned national social and economic survey on recreational fishing.

“The alignment of state-based recreational fishing surveys may also improve our catch and effort data for this sector, but there’s more we need to do to better understand the extent and the value of Indigenous customary fishing."

“As well as more data, we would like to broaden the number of experts involved in the next study, as well as the diversity of expertise they bring.”

He says this project will also help to quantify the value of fisheries to the community, including flow-on benefits, to serve as both a measure of success and a measure of a resource worth protecting.

1 The social and engagement measure has been refined based on feedback from experts over the past five years.
Experts’ feedback identified the central role played by human engagement, education and training in the performance of fisheries.

The 2014 project identified several trends that have affected the performance of fisheries between 2009 and 2013. These include:

The combined analysis of trends and performance has identified areas for action, in order to maximise community benefits, which include: