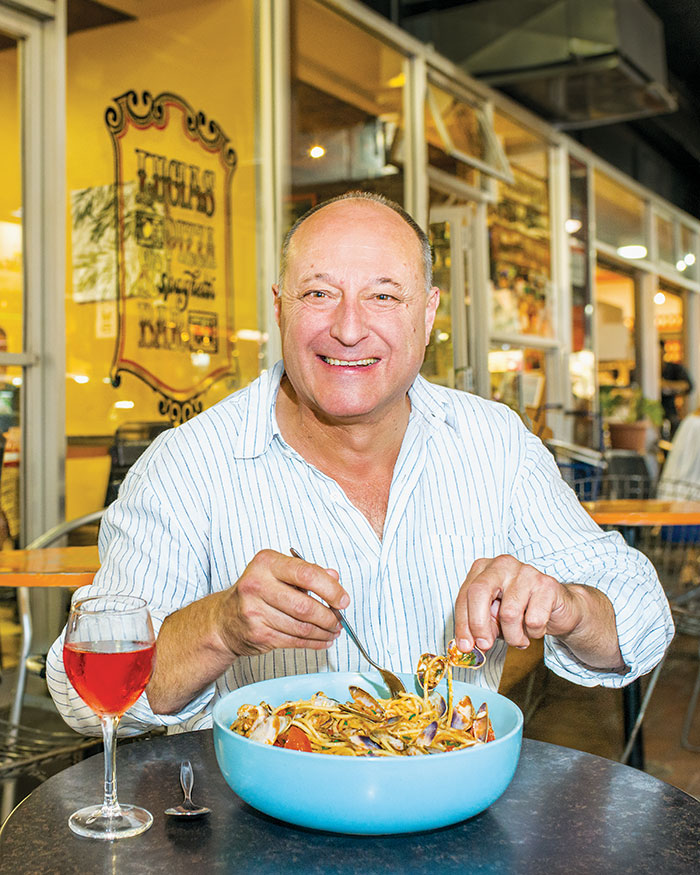 Nine years ago, Roger Edwards tried to leave the seafood sector. He had been running an economics, business and marketing consultancy for close to 20 years, working with fisheries as diverse as Southern Rock Lobster, Blue Swimmer Crab, oysters and prawns. But the passion had waned.

A decade-long campaign to secure protection and compensation for displaced fishers had been successfully concluded with new South Australian legislation, and the time seemed right to move on. So Roger Edwards and his partners wound up their fisheries consultancy, Corvel Marketing and Management, to concentrate on grain marketing.

But the decision proved premature. A year had not passed before the lure of the fishing sector drew him back to help a group of South Australian pipi fishers at a parliamentary inquiry into their quota allocation. The political realm was familiar to him after years of negotiating with governments on behalf of various fisheries. But it was the pipi fishery itself that proved the major drawcard for its unique qualities, considerable growth potential and location.

“As luck would have it, I have always visited and enjoyed the coast south of Adelaide where the fishery is,” Roger Edwards says. “And the fishers were a good bunch of people so I agreed to chair their association (the Goolwa Pipi Harvesters Association).”

Since then, he has used a combination of political nous, marketing experience, economic know-how and diplomacy to help transform Goolwa pipi production from a low-value largely bait business to an economic powerhouse.

Today Goolwa is Australia’s biggest pipi fishery, grossing more than $4 million annually, with 85 per cent of the 550-tonne quota sold to some of the nation’s best restaurants.

A big picture approach is a hallmark of the way Roger Edwards works. He believes the combination of scientific research, economics and market analysis results in the best decisions for sustainable growth.

One thing he insisted on when he first agreed to chair the Goolwa Pipi Harvesters Association was the development of a robust policy based on sound information. “A policy or plan for development must be based on sound science, social or economic grounds, rather than opinions, otherwise you’re just making ill-informed guesses,” he says. “Building in economics and market conditions is probably what I have brought to the process.”

His appreciation of research stems from his own Master’s in agricultural science and an early career as agricultural business extension officer with the South Australian Department of Agriculture in the 1980s. His research hypothesis then – that rotations on farms should be analysed on the unique conditions of each paddock – was counter to conventional wisdom at the time, but proved to be correct.

His move from agriculture to a job with the Southern Rock Lobster industry with virtually no experience in the fisheries sector was something of a leap of faith. But he has been “consumed” by the vast complexities and opportunities, he says, and it is here that he has made the biggest waves, helping to protect, build and grow fisheries.

The people skills developed in the fisheries sector have helped his continuing involvement in the grains sector and likewise, he says, his work in fisheries has been strengthened and informed by his experience in agriculture. Many of the economic principles he learned as an agricultural economics student and consultant can be applied in the fisheries sector, he says. It was his experience with farmers, for example, that gave him the idea for a unique twist for setting the pipi fishery quota, implementing a “gross margin calculator” which is widely used in the grains and livestock sectors to analyse profitability.

Using this mathematical tool, adapted for the fishery with advice from Julian Morison from EconSearch, the fishery’s quota is set by an annual scientific review, which determines what can be caught sustainably, along with intelligence about the impact of supply on industry profitability. “As a result, four of the last five quota decisions have been set lower than the maximum scientific recommendation,” he says. “This has ensured we have delivered a massive fishery resource and maximum industry profits.”

Roger Edwards says the success of the fishery is the result of many forward-thinking contributors. These include the FRDC, the South Australian Government and regional development agencies for research into the fishery, markets and new products; the marketing team Blue Harvest; and not least the fishers themselves.

“This has happened as a function of the willingness of the fishers to work together and explore ways to build the value of the industry,” he says. “This group is motivated and innovative and prepared to have a crack at things if we put enough information together to measure the opportunities. And now all our pipis are lining up in the sand.”

The establishment, under his guidance, of the commercial Goolwa PipiCo has been an important factor. The company has united fishers who represent more than 60 per cent of South Australia’s pipi quota under a single brand and marketing strategy.

Meanwhile, the commercial structure of the company gives several key benefits to licence holders, he says. The risks and benefits from investment in research and product and market development are shared; prices and profits are pooled and returns divided equally per kilogram so everyone shares market highs and lows fairly.

The volume of pipis being provided to market can be targeted to customer needs, helping to maintain supply and price stability, and harvesting crews work to agreed schedules, which allows family needs, such as holidays, to come first. In 2014, the company opened its fisher-owned processing plant, which has developed new products such as smoked pipis, generating strong business growth.

When market research, for example, showed the potential markets for pipis supplied in a more user-friendly form, the company invested in long-life modified atmosphere packaging. This extended the pipis’ shelf-life from two days to 10, and demand from the hospitality and retail sectors boomed.

“We have gone from zero to about 100 to 130 tonnes in two-and-a-half years in modified atmosphere packaging,” Roger Edwards says. “And this shows that collaboration and sharing the risk and rewards can be a pathway to building value.”

“I think they could become the number one mollusc in Australia,” he says. “If people think oysters are good, they need to get on to pipis.”

* Roger Edwards was invited to present the story of the Goolwa PipiCo and its success at the Australian Bureau of Agricultural and Resource Economics and Sciences (ABARES) 2017 Outlook Conference in March.