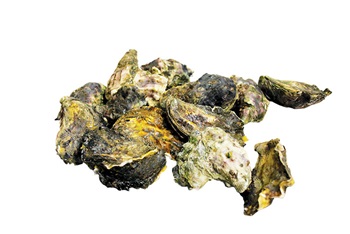 Between 2005 and 2009 billions of oyster larvae raised in sea-based hatcheries off the north-west coast of the US died when an influx of highly acidic ocean water compromised their ability to grow shells.

During this period, upwellings of cold, carbon-dioxide-rich water from the deep ocean moved onto the continental shelf, inducing the kind of ocean acidification condition scientists believe could be commonplace in the not-too-distant future.

To date, this has been a localised phenomenon in the US, but it has already cost the oyster industry there millions of dollars and thousands of jobs. It has also served as a worldwide alert about the very real impacts of increased global carbon dioxide emissions, climate change and ocean acidification.

Ocean acidification occurs as seawater absorbs carbon dioxide from the atmosphere, producing a chemical reaction that increases the acidity of the water and reduces the dissolved carbonate ions in the water.

When fewer carbonate ions are available for use in forming shells, it is difficult for molluscs and other calcifiers, such as crustaceans and corals, to form and maintain their shells or exoskeletons.

Since the beginning of the Industrial Revolution, the acidity of surface ocean waters has increased by 0.1 units, or 26 per cent. It is estimated that by the turn of the next century the world’s oceans could be nearly 150 per cent more acidic than they were in 1750. 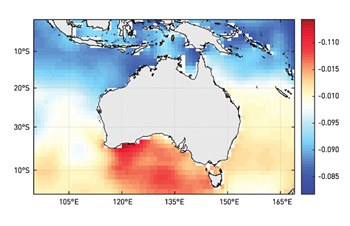 The decrease in surface water pH between the decades 1880-1889 and 2000-2009, estimated using observations and models. Red indicates regions where the changes have been greatest, with 0.1 pH decrease representing about a 26% increase in ocean acidity.
Source: Lenton et al, (2015)

Ocean acidity is already a recognised issue for Australian oyster growers. Acid sulphate soils are common in many of the catchments on the south-east coast where oysters are grown, and these can flush acid into an estuary when disturbed or drained, increasing water acidity.

Increased climate variability on the south-east coast – a designated ‘climate hotspot’ – is also expected to exacerbate fluctuations in temperature and salinity levels, along with more variable and extreme rainfall.

Researchers at the Port Stephens Fisheries Institute (PSFI) have focused on the variables of temperature, salinity and pH for many years, but have ramped up their efforts during the past decade, in light of climate change projections.

PSFI director Wayne O’Connor says ocean acidification is an old problem with a new focus for NSW oyster growers. “A whole variety of people have been looking in at the same room through different windows. Now one of those windows is climate change,” he says.

“From our perspective this interest is adding to our understanding of the physiology of the oyster and the variables we are interested in and that can only be a good thing.”

At the University of Sydney, Laura Parker has been studying the implications of ocean acidification for oysters in NSW, in collaboration with the PSFI. “I wanted to do work that would help industry understand how they might be affected by these changes,” she says.

“Oysters are ecosystem engineers which provide habitat and shelter for other organisms in their environment and improve water quality by filtering the surrounding seawater. In addition to this, oysters are an important source of protein in Australia and around the world and form large aquaculture industries.”

The research began with an investigation of the ability of mollusc larvae such as oysters to cope with changes in ocean acidification, temperature and salinity. Researchers exposed Sydney Rock Oysters (Saccostrea glomerata) and Pacific Oysters (Crassostrea gigas) in their larval stages to varying temperatures and acidity – both of which are predicted to increase – and found that the oyster larvae were badly affected. Oyster larvae grown under these conditions exhibited irregular shell growth and the more extreme the conditions they were exposed to, the more extreme were the adverse effects.

Having established that oysters would be affected by ocean acidification, the next question was whether some strains of oysters might have resilience.

Laura Parker says the research was greatly helped by work that had already been done at the PSFI to breed different strains of Sydney Rock Oysters for speedy maturity and resilience to the QX parasite, an area of FRDC investment. 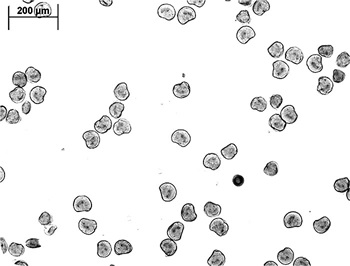 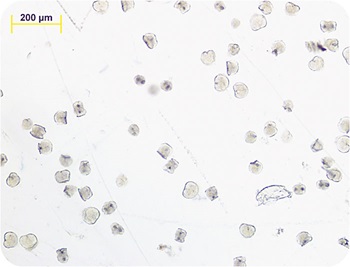 “We got access to particular lines of oysters and we found that these lines were far more resilient to changes than other oysters,” she says.

Once the researchers had established that it was possible to produce oysters with resilience to more acidic ocean conditions, they began to investigate whether this resilience existed in wild oyster populations. They collected oysters of breeding age from the wild, when they were not in a state of reproduction, and gradually began to expose them to higher acidity and temperature, while feeding them well.

Oysters with an inbuilt resilience to higher acidity and temperature resulted from this research and are now being bred. “This is an important result as it provides evidence to suggest that the wild oyster population may have the capacity to acclimate or adapt to ocean acidification over this century,” says Laura Parker.

“It has also allowed us to incorporate oysters that are resilient to ocean acidification into the NSW Department of Primary Industries’ oyster breeding program, helping to ‘future-proof’ the NSW oyster industry.”

One of the advantages of the new oyster lines is that they are able to put on shell at a much faster rate. This is an important advantage for baby oysters at the time when they are most vulnerable. Laura Parker is now investigating the mechanism whereby the oyster larvae grow their shells faster.

In an area where the questions are endless, but resources are thin, the Global Ocean Acidification Observing Network (GOA-ON) is an international organisation which aims to share data and build capacity to document the effects of ocean acidification on the world’s marine ecosystems.

Australian researcher Bronte Tilbrook is co-chair of GOA-ON, which involves 65 countries and provides consistency and quality control in data collection that will allow ocean acidification trends and changes to be identified on local through to global scales.

Much of the Australian data published through GOA-ON is collected through the national Integrated Marine Observing System (IMOS).

Bronte Tilbrook and colleagues at CSIRO’s Oceans and Atmosphere Cooperative Research Centre have used observations and models to develop maps of how conditions have changed in Australian waters since the 1870s.

“The maps are providing the first indication of variations in waters sweeping through much of Australia’s coastal seas from offshore,” he says. “We are working to drill down to local environments to understand the variability in, say, shellfish producing regions. By identifying the current levels and rates of change in ocean acidification we start to understand the future shifts and pressure points in ecosystems and how to develop strategies to offset the problem.”

An example of this, he says, is the response to the oyster production crisis in north-west US in 2005. The industry worked with researchers to identify ocean acidification as the culprit. Ways to work around the problem were developed and the hatcheries returned to full production by about 2009. The region has now installed monitoring devices along the coast as a warning system, and other countries, including New Zealand, are developing similar monitoring programs.

GOA-ON is at the epicentre of developing strategies to define how to observe and identify the responses of ecosystems and organisms to changes in ocean acidification.