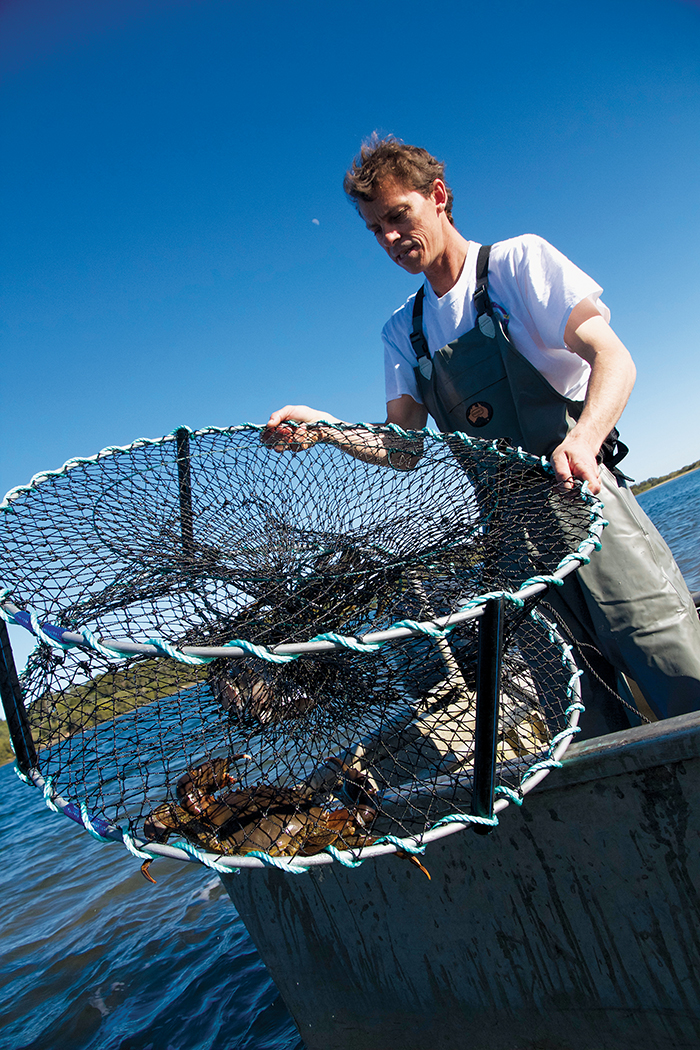 Crab fishing is a popular pastime in estuarine areas, with pots or dilly hoop nets the most commonly used equipment. While bag limits and permitted gear do vary from state to state, what remains constant between jurisdictions is thefts of pots at a frequency common enough to hurt commercial fishers.

Sometimes fishers lose their catch, sometimes they lose their pots, and theft can include both catch and equipment, a significant loss. It is likely that theft also has an effect on how sustainable fisheries remain.

The thefts are mostly going unreported and unpoliced, but the impact is damaging enough that fishers, their regulatory agencies, and industry knowledge-brokers banded together in 2016 to do something about it.

To determine precisely what anti-theft actions to take, the industry turned to an internationally unique crime research unit at the University of Technology Sydney (UTS) called the Designing Out Crime research centre. Its aptly named deputy director, Rodger Watson, says the centre has worked on more than 100 projects, partnering with communities, governments, police and non-government organisations affected by crime to arrive at innovative solutions.

“There is 50 years’ worth of research into how the design process solves problems,” Rodger Watson says. “We have translated the design research into a way of working with people to solve crime-related problems.

“In effect, we help design new ways of thinking and solving problems related to crime.” An initial consultative workshop is followed up to facilitate development and roll out preferred actions.

An example of the solutions that have come about using the UTS design approach is on display across the Sydney rail transport network in the form of innocuous-looking rubbish bins that consist of clear plastic bags. These were designed in consultation with police as a solution to the counter-terrorism problem of detecting bombs concealed in public bins. What is not immediately obvious about the clear bins is that they incorporate now patented technology that allows police robots to attach an X-ray slide to the bins that can form an image of the interior of suspect packages as a new way to detect bombs.

To discuss the estuarine pot theft problem, 20 people gathered at a workshop at the Sydney Fish Market in July. Included were commercial and recreational fishers and their professional associations from the Northern Territory, Queensland and NSW, the fisheries departments from those same states, and other interested parties such as fisheries equipment manufacturer Shimano. The workshop was sponsored by the Professional Fishermen’s Association (PFA) and the project was initiated and assisted by the FRDC.

In all, the group designed 17 possible actions that were mapped out within five domains or ‘solution directions’: justice/policing, marketing, stewardship, community trust and innovation (see Table 1).

These have been summarised in a report produced by the UTS team for the PFA and its stakeholders as they decide what further action to take in a consultation process mediated by the FRDC.

Solutions under consideration include a theft reporting system, increased penalties, and marketing activity to rebrand the thefts as socially damaging. Technical solutions such as modifications to the buoys that identify the location of pots is also being considered. This could involve introducing submersible buoys that are tracked using a mobile phone-based app.

Crab fishing on the Clarence 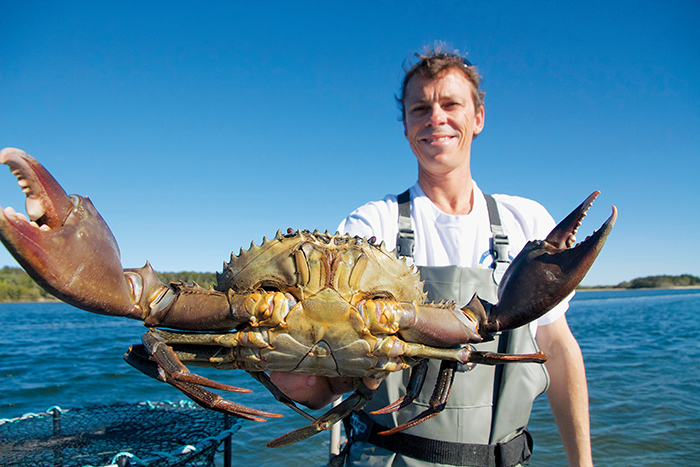 Among the commercial fishers who attended the crab pot anti-theft workshop was Troy Billin, based at Yamba in northern NSW. The multi-method fisher has been in the business for 18 years, supplying the Sydney Fish Market with line-caught ocean finfish – Snapper, Mulloway, or Spanish and Spotted Mackerel – but also Sea Mullet, Whiting and Bream, which he catches using mesh nets in the Clarence River.

It is mud crabs, however, that constitute 70 per cent of his income, and he expects this will increase in the future.

“The theft of crab pots can have a huge impact on my business,” Troy Billin says. Besides the loss of the crabs, replacing the gear costs about $50 a trap. He is only allowed 10 traps under NSW regulations.

“The stealing can get so out of control that I lose all my traps in one day, forcing me to move away from an area or stop crabbing until the thieves move on.”

Commercial fishers feel that theft on this scale is likely due to repeat offenders who supply the black market. Occasional theft by tourists is also thought to happen, but generally involves the loss of only a few traps.

“I was excited about some of the items we came up with in the workshop because they involved thinking outside the box,” he says. “What really struck me is that while individual ideas address an aspect of the issue, we could achieve a more comprehensive solution by linking a few different items together.”

Troy Billin volunteered to attend the anti-theft workshop as soon as he heard about it through the PFA. He says that generally he tries to do as much as he can on behalf of the fishing industry he loves, including helping to navigate through the raft of changes that have affected commercial fishers in recent times.

Underlying his involvement supporting the fishing industry are skills such as communications, strategy and business, learnt as a graduate of the FRDC’s National Seafood Industry Leadership Program.