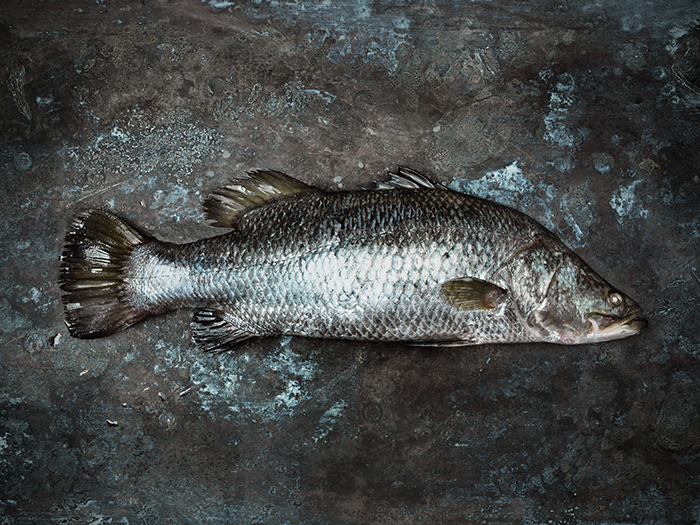 Barramundi production is little more than half of that predicted a decade ago, but two projects on the drawing board have the potential to increase production to 25,000 tonnes.

In Western Australia, Marine Produce Australia was this year given ministerial approval for an 800-hectare expansion, bringing the total of its Cone Bay Ocean Barramundi lease to a production capacity of 15,000 tonnes.

The lease is part of the 2000-hectare Kimberley Aquaculture Development Zone, the first of at least two investment-ready aquaculture zones being established by the WA Government.

Cone Bay Ocean Barramundi is the only seacage producer in Australia, with several others in the Northern Territory and Queensland having succumbed to climatic hurdles.

Operations manager and Nuffield scholar Steven Davies says Marine Produce Australia has spent more than a decade refining production processes suited to the conditions at Cone Bay. Scaling up will also be done with new markets in mind.

“As it stands we can’t keep up with domestic demand, however, we are excited by the prospect of taking Australia’s only true saltwater Barramundi to the world,” Steven Davies says.

He will be investigating export market opportunities, particularly in Singapore, Japan and Hong Kong, as well as the development of value-added and consumer-ready products.

Investment in R&D has been fundamental to ongoing productivity improvements at Cone Bay Ocean Barramundi, including working with its supplier of juvenile fish, MainStream Aquaculture, based in Victoria.

MainStream Aquaculture has reported more than 20 per cent improvement in growth rates from its breeding program, which is entering its fourth generation.

Meanwhile, in the Northern Territory, the family-owned business Humpty Doo Barramundi has already finished stage one of new saltwater ponds that will expand its annual production from 1700 tonnes to more than 3000 tonnes within the next three years. Managing director Bob Richards says that using current technology, the business could comfortably expand its production to 10,000 tonnes as markets are developed.

Humpty Doo Barramundi also secured its export licence this year and has sent product trials to China and the US, and has hosted delegations from Singapore and Japan.

“But at this stage the domestic market is our main market. We deal largely with the wholesale and food service industry, but we believe there is unrealised opportunity in large retailers. There is a growing sophistication in the retail sector, with more focus on strategic relationships than playing the market,” Bob Richards says.

“Reliability of supply, quality of product and stability of price are key.”

Biosecurity is one of his greatest concerns, with a number of diseases identified in Barramundi produced overseas, which he says have the potential to threaten not just aquaculture, but also Australia’s wild stocks. He says an updated import risk assessment is urgently needed, given that the last one was in 1992. The business’s R&D initially focused on environmentally sustainable systems.

“We now have good systems and our focus has moved on to mechanisation.” This work has included a joint project with other Australian businesses to develop an acoustic feeding system to improve feeding efficiency.

Bob Richards says on the finance side he has found bankers’ attitudes towards aquaculture have become more positive. “In our last expansion, in 2012, the banks would not put any collateral value on either the stock or the improvements we had already made to our business, and it was difficult to raise funds. There’s been a shift now – we’re being courted by banks and they’re prepared to be more flexible in what they will value.”