More accessible, up-to-date information on the sustainability of fish stocks that aims to boost community confidence in Australian fisheries is on its way 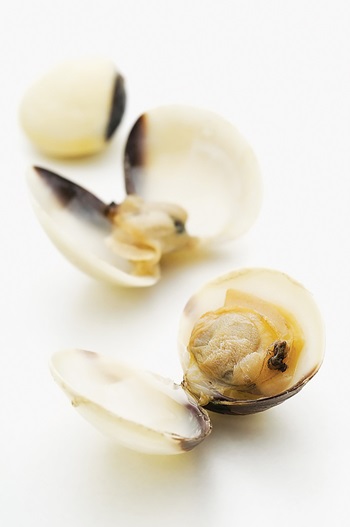 Vongole (Mud Cockle) (Katelysia spp.), one of the new species listed in the 2016 Status of Fish Stocks Reports

The Status of Australian Fish Stocks (SAFS) Reports has become widely recognised as a key source of information on the sustainability of key commercial fish species, and the third edition of the reports, to be published in December 2016, will include an additional 15 species.

This will bring to 83 the total number of species or species complexes included. The reports collate available biological, catch and effort information to determine the status of Australia’s key wild-catch fish stocks against a nationally agreed reporting framework.

The aim is to make up-to-date information about key commercial stocks easily accessible to the general public as well as policymakers and industry.

The FRDC has taken on the management of the third edition of the SAFS Reports. The FRDC’s project manager, Carolyn Stewardson, is coordinating the project. She says the reports underpin the FRDC’s national priority of ensuring that Australian fishing and aquaculture products are sustainable and acknowledged to be so.

The FRDC’s Research, Development and Extension (RD&E) Plan 2015–2020 also includes several specific performance targets to further improve the reports, as part of its strategy to ensure information on the performance and value of Australia’s fisheries is readily available.

These include increasing the number of species reported on to more than 200 by 2020. The RD&E Plan also aims to reduce the number of species classified as ‘undefined’ from 30 per cent of those in the 2014 edition to less than 10 per cent of stocks reported on by 2020. Undefined stocks are those for which there is limited or possibly conflicting information, which makes an assessment of sustainability difficult, although these stocks are not necessarily ‘at risk’.

The SAFS Reports are also expected to contribute to the FRDC’s target of increasing positive perceptions of commercial fishing from 28 per cent in 2016 to 40 per cent by 2020 as measured through independently commissioned FRDC stakeholder surveys.

The SAFS Reports advisory group held its first meeting under the FRDC’s new management structure in December 2015 and FRDC staff met with the SAFS Reports author teams in each fishery jurisdiction in February 2016 to discuss the production process.

Approximately 90 authors are involved in producing the reports. It has been a priority for the FRDC to meet and discuss this year’s production process.

In March and April the SAFS Reports advisory group held workshops in Melbourne to discuss future reports. Key topics included how to address the issue of undefined stocks, and the possibility of incorporating ‘equivalence’ recognition with other sustainability classification systems.

To increase the efficiency of the SAFS Reports production and publication process, the FRDC is developing a dynamic web platform. A long-term aim of the web platform is to allow for ongoing updates of stock status information as they becomes available in different jurisdictions.

An important aspect of the SAFS Reports is the use of robust evidence-based science.

Each species chapter undergoes independent peer review. PDFs of references or links to the relevant journals will be publicly available to demonstrate the credentials of the agreed stock status for each species.

All jurisdictions have contributed to the paper.

Fifteen additional species in the 2016 Status of Fish Stocks Reports: