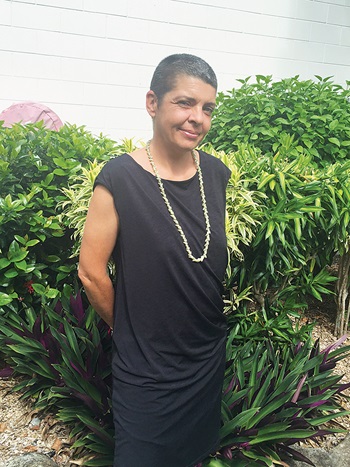 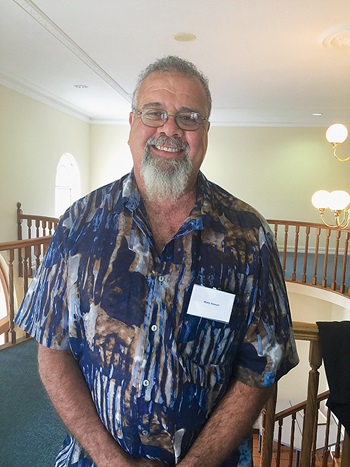 Indigenous-focused fisheries research and the flow-on benefits to Indigenous communities was the subject of the third National Indigenous Fisheries Forum, supported by the FRDC. Held in Cairns, Queensland, in March, the forum brought together 50 people including fishers, community members, researchers and managers. About 35 Indigenous people representing communities from around the country attended the event.

Emma Lee is a Trawlwulwuy woman from Tasmania: “What I’ve seen with the forum,” she said, “is an amazing group of people who are sitting down and putting an Indigenous world view at the centre of fisheries management.”

Emma Lee is undertaking PhD research into joint management of Tasmania’s national parks and other protected areas. After attending the National Indigenous Forum in Cairns she is enthusiastic about the potential to highlight regional growth in Tasmania through Indigenous fisheries. She said that after the forum she is interested in extending her work to the stewardship of fisheries and marine areas in Tasmania. “If this is good for Indigenous people, it is good for all Australians,” she said.

The previous forum, held in 2012, identified priorities for Indigenous fisheries research. Since then, a range of projects has been underway. These involve research to develop resources on Indigenous customary fishing practices, deepen engagement between researchers and Indigenous fishing communities and identify the benefit in fisheries for Indigenous communities. At the forum, researchers had the opportunity to present their projects and Chris Calogeras, executive officer of the Indigenous Reference Group (IRG), said all presentations were well received.

IRG chair Stan Lui said he was pleased to see participants continuing to support and provide input into the IRG’s direction and priorities. “By showcasing the work that the IRG has undertaken since the last forum and reassessing the current priority areas, it gives the IRG and the FRDC confidence that we are heading in the right direction with this work,” he said.

The forum also facilitated face-to-face meetings to help establish relationships, collaborations and understanding of the shared goals between community representatives and researchers. Developing these relationships is valuable to understanding shared priorities and to build capacity that can benefit Indigenous communities through fisheries development.

Chris Calogeras said that while the IRG has been successful in communicating its intentions to the wider non-Indigenous research community and agencies, communicating IRG activities in Indigenous communities has been more challenging. This issue was workshopped at the forum and resulted in suggestions such as developing a website and YouTube videos, and engaging through Indigenous media and the Australian Broadcasting Corporation. The work done at the forum will now be used to develop a more formalised communication strategy. 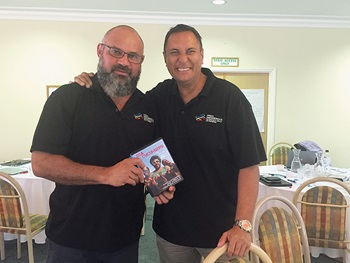 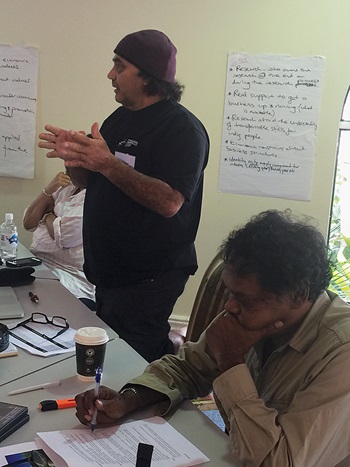 Communication and engagement are also key to the research project presented by researchers Stephan Schnierer and Hayley Egan. Stephan Schnierer said that in the past a lack of true engagement has been a real issue, resulting in lost opportunities for capacity building and ultimately fuelling distrust of researchers in Indigenous communities. While their project was examining Indigenous fisheries harvest, Stephan Schnierer said that a lot of project resources go into negotiating understanding and acceptance of a project before it has even begun. He said researchers needed to change how they engaged with Indigenous communities, in particular to allow research participants to have a say and in this way build capacity for the exchange of information.

Wally Stewart is a representative of the Yuin people from Narooma, New South Wales, who attended the forum. He agreed that having access to researchers is important for empowering Indigenous communities. For Wally Stewart, the value of an activity such as the forum is to create genuine connections with researchers. “If we meet them and understand what they are doing, we can believe them and that is important,” he said. This will pave the way to partnerships with authorities in decision-making in areas where Indigenous people have previously been excluded.

Wally Stewart used to be a fisher, but he said conflict between traditional Indigenous fishing practices and authorities has resulted in a decline of Indigenous participation in fisheries in his community in Narooma. This means loss of protein in people’s diet and the loss of activities that cement community cohesion and tradition. He now runs a group called the NSW Aboriginal Fishing Rights Group, which advocates for the rights of Indigenous fishers. The group hopes to help researchers and authorities better understand the needs of communities in relation to fishing.

Working to bring this to fruition is researcher Rod Kennett, who is investigating the value of fishing for Wally Stewart’s community in Narooma, along with other studies for the Far West Coast Aboriginal Corporation in Western Australia and the Crocodile Islands off the coast of Arnhem Land, Northern Territory.

“If we are going to encourage Indigenous fishing we need to understand how it is valued,” Rod Kennett said. For example, taking children along on a fishing trip can be important for intergenerational transfer of knowledge, but this is an area where licensing and safety requirements are in conflict with community values and traditions. The economic benefit of fisheries for Indigenous communities was the focus of several projects reviewed at the forum. Rangers and communities in the Crocodile Islands are looking to capitalise on the knowledge they already have.

Rod Kennett said that rangers are often managing other people’s activity on their country, so there is no reason why they cannot use the resources they have – particularly their knowledge of country – for their own benefit. Once identified, these values can then be embedded for economic profit in a product such as fish that is ecologically sourced, provides economic benefit for a remote community and preserves traditional practices.

Ewan Colquhoun, another researcher who presented to the forum, said there is a wide variety of aspirations, opportunities and issues in the eight Indigenous fisheries he is looking at as part of a project to build the capacity and performance of Indigenous fisheries around the country.

He said the key thing to understand is that there is a wide diversity of opportunities and many different situations.

These range from traditional pipi harvesting and eel aquaculture in western Victoria, to setting up tourism and recreational and commercial fishery businesses in far western South Australia. There are advanced enterprises such as the Garngirr Fishing Aboriginal Corporation in East Arnhem Land and the Yagbani Aboriginal Corporation at Warruwi, NT, which is working with Tasmanian Seafoods to develop an export business for sea cucumbers.

“The project is basically looking at what communities want to achieve, what works and what doesn’t,” Ewan Colquhoun said. “The project will frame a plan for each community based on where that community wishes to develop their fisheries.” In line with these priorities the project is expected to advise the IRG and the FRDC in regard to the best governance and development models to achieve successful enterprises.

“It’s not us working with them to get more Indigenous involvement in fishing but them working with Indigenous people – this is not turning things upside down, but right way up,” said Terry Yumbulul, chair of the Garngirr Fishing Aboriginal Corporation, who attended the forum. “We need more acknowledgement of the Indigenous Australians who are working to maintain fishing for the community for future generations,” he said. “Fishing: we have been doing it, we are doing it and we will be doing it.”

Agriculture Victoria’s project, in conjunction with the FRDC, is an acknowledgement of the continuity of those traditional fishing practices, expressed by Terry Yumbulul.

Michael Gilby, the Aboriginal project officer with Agriculture Victoria, gave a presentation about the project to document how Indigenous people have been fishing in their country for thousands of years and until the present day. A detailed understanding of the customary fishing practices of different Indigenous communities has been lost, so the project is working to fill that gap. This will help government agencies to improve the participation by traditional owners in the ongoing management of fisheries, making fisheries more sustainable and benefiting Indigenous fishers and the wider community.

A formal report from the National Indigenous Fisheries Forum will be available on the FRDC website in the next couple of months.