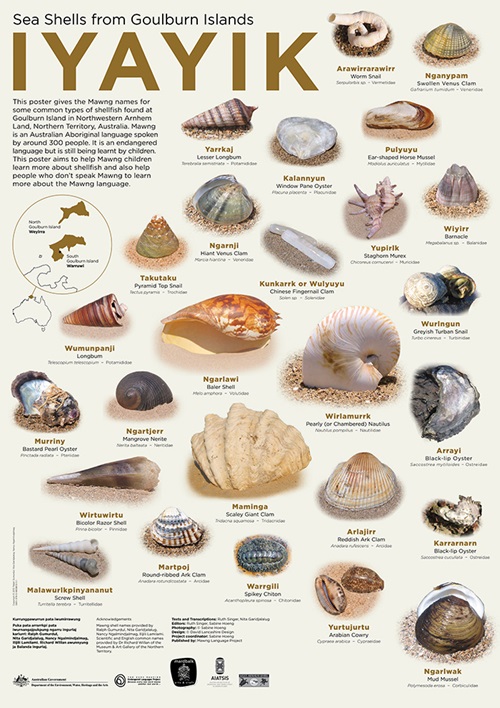 Aquaculture has long been seen as having potential for significant economic and employment opportunities for Indigenous people living in coastal northern Australia. Low-technology artisan fishing techniques and sea-based opportunities are well matched with Indigenous cultural practices and lifestyles.

However, many business ventures have failed because they did not adequately engage with the local communities, they were not supported with appropriate regulatory frameworks, and the locations chosen were not ideal for transport logistics and were therefore inadequate for long-term operations.

With this in mind, Warruwi, a small, mostly Indigenous community of 400 people located on Mardbalk Island (South Goulburn Island) in West Arnhem Land, Northern Territory, was chosen as the place to conduct a pilot study on development of an aquaculture-based fishing enterprise. Warruwi lies between the coastal communities of Minjilang (on Croker Island) and Maningrida, about 280 kilometres north-east of Darwin.

An early FRDC-funded research project ‘Identifying the key social and economic factors for successful engagement in aquaculture ventures by Indigenous communities’ identified three key factors that should be considered:

In late 2011 Goulburn Islands elders Bunug Galaminda and Jenny Inmulugulu as well as Wayne Tupper, who at that time worked for the West Arnhem Shire Council, proposed that the community form a not-for-profit governance organisation. And so the Yagbani Aboriginal Corporation (YAC) was formed with committee representation from each of the five main clan groups on the island.

One of YAC’s main goals is to promote economic independence in the Goulburn Islands, and consultation with the community identified a desire to pursue enterprises based on fisheries and aquaculture. The community agreed that this approach showed respect for history, culture and country.

To support the development of Indigenous fisheries in the region, the FRDC funded the Aquaculture Knowledge Partnership Project in 2012, with Ann Fleming at the Darwin Aquaculture Centre as the lead investigator.

Stakeholders included YAC researchers from the Northern Institute at Charles Darwin University (CDU) and Tasmanian Seafoods, which holds all six licences for the harvesting of sea cucumber from NT waters and has worked with Indigenous communities in the harvesting and processing of the catch.

This research, together with associated projects funded by the Australian Centre for International Agricultural Research, the NT Government and Territory Natural Resource Management, collected scientific data such as how fast each species grows and how to commercially produce each species in the context of Warruwi’s natural environment. Tasmanian Seafoods was an important contributor to the research and data collected in relation to sea cucumbers.

The project also identified community aspirations with respect to aquaculture projects. Many people in the Warruwi community had no prior exposure to business development principles or management. In 2013 Linda Ford, from the Northern Institute at CDU, ran a series of workshops on how to start a business and how to apply for grants. She also organised visits to other Indigenous organisations that were running businesses.

Linda Ford’s background is Rak Mak Mak Marranunggu, from Kurrindju, NT, and her involvement assisted cross-cultural understanding and acceptance of the researchers within the Warruwi community. When she was invited to join the project, she first sought approval from the Traditional Owners of the land before accepting.

“If you’re a scientist working in an Indigenous community, it helps to know simple social protocols,” she says. Being Indigenous, being local and being related to people in the local community also allowed her to be accepted, she says.

As part of the project the local school principal also agreed to include aquaculture in the school program. Senior students worked with aquaculture research staff who explained aquaculture activities on the island and outlined future employment opportunities.

The teacher also incorporated the sea cucumber trials and the history of sea cucumber trading into the class curriculum. A classroom-based aquarium was set up to provide students with hands-on experience in caring for marine animals. Field trips to the research site also allowed students to learn firsthand about sea-farming methods and gave them the opportunity to interact with aquaculture staff.

Chris Calogeras also notes identifying business development opportunities was recognised as a priority for funding through the current FRDC’s Indigenous Subprogram funding round.