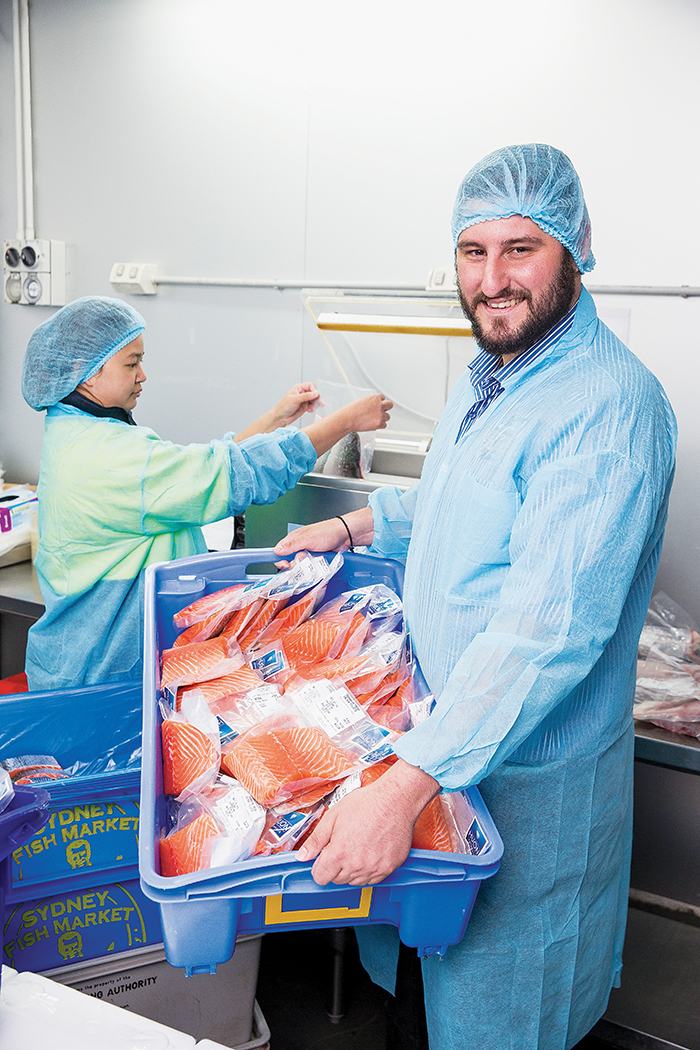 By Ilaria Catizone
Operations manager of Pyrmont Seafood Dimitri Hari says: “Nothing beats polystyrene boxes for their thermal capacity.” Sydney-based Pyrmont Seafood is one of the leading seafood wholesalers in New South Wales. Despite a poor environmental performance, polystyrene remains the most cost-effective packaging for the distribution of seafood.

Dimitri Hari says the company has found that for interstate shippings, the polystyrene boxes delivered seafood in the best condition, as the product was kept cooler for longer. However, the boxes are bulky, polystyrene does not break down in landfill and opportunities for recycling are limited.

Pyrmont Seafood is based at Sydney Fish Market (SFM), where the company can dispose of its boxes in SFM’s specialist polystyrene recycling machine. However, customers receiving deliveries may not have access to a similar recycling option.

The company is one of many investigating alternatives, particularly for transport over shorter distances where long-term temperature control is not necessary. Dimitri Hari has found that waxed cardboard boxes are well-suited for distributing oysters from his base at SFM to the Sydney metropolitan area. 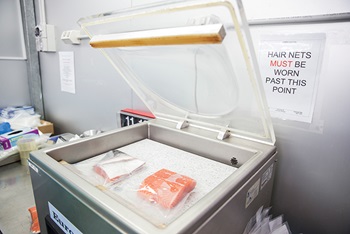 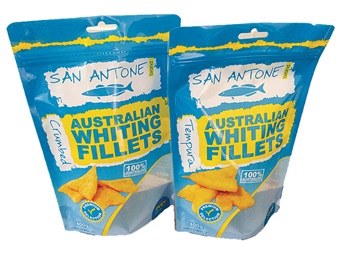 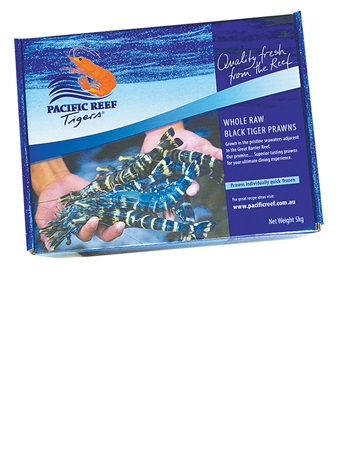 As well as cardboard boxes, Pyrmont Seafood has been using sophisticated modified atmosphere packaging (MAP), which removes the air from the plastic packaging and replaces it with a special blend of gases. Without oxygen, bacterial growth is inhibited and this extends the product’s shelf life to almost three times that of unpacked seafood. “We find the shelf life of MAP-wrapped products can be up to 12 days, compared with loose seafood, which will only last three to four days,” Dimitri Hari says.

MAP is not for everyone, given the substantial investment required for the equipment, which is usually $100,000 or more. The equipment requires its own operating space and more time is needed to train staff. There may also be some experimentation needed to find the best combination of gases, usually a mix of nitrogen and carbon dioxide, to maintain the product in prime condition.

Correct handling of the product is crucial. The MAP packaging can be punctured and the product still needs to be kept at the correct temperature throughout the supply chain to prevent spoilage.

However, the investment of time, space and money in a MAP system has the potential to improve marketability and traceability of seafood products as the packaging provides space for improved labelling.

There is little or no need for chemical preservatives and it can further extend shelf life, thanks to the carbon dioxide from the package dissolving into the fish flesh, which helps to prevent bacterial growth. The risk of contamination through the supply chain is also much lower in packaged products.

A less-expensive, more widely used alternative is vacuum or skin-packed products. These deliver many of the advantages of MAP, but the equipment can be purchased for less than $20,000. This method removes the air from the packaging, although it does not replace it with anything. Shelf life is extended to about double that of loose seafood and there is also less risk of puncturing the pack during handling, compared with MAP.

Removing the air from the packaging prevents oxidation of the meat and this is particularly important when dealing with high-end products such as Southern Bluefin Tuna (SBT), says South Australia’s Steve Moriarty. He founded Mori Seafood, which specialises in supplying sashimi-grade SBT fillets to international markets.

He has recently sold this business and established Mori Consulting. While at Mori Seafood he oversaw large volumes of seafood exported from SA to China.

“We mostly used vacuum packaging for restaurants, only adding our brand name and handling information on the pack,” he says. “This type of packaging prevents the fish from browning due to contact with oxygen and lends itself to larger portions, suitable for chefs.

“For supermarket shelves, skin packaging is more popular. The fish is placed on a tray then vacuum packed.” He says this makes it look neater and provides enough space to supply the consumer with cooking suggestions and other information about the product such as its provenance and how the fish was caught, and takes on an educational role for the public.

Steve Moriarty says consumers increasingly want this kind of information. “We thought a traditionally Chinese red and gold package would sell best in China, but now we have realised they actually prefer a more unique look that brands the product as Australian,” he says. “Chinese consumers increasingly value sustainable seafood from pollution-free environments, so packaging that can be recycled and that tells them the product’s story is most successful.”

Tania Schwede from Oceanic Agencies says her clients have also found that Australian consumers are attracted to a product that has a good story behind it. Oceanic Agencies is a small Queensland-based enterprise providing design and packaging services to larger producers and fishers who want to directly market their own products.

Like Dimitri Hari, Tania Schwede has found that polystyrene boxes still hold an important place in the packaging of seafood, but she has noticed a trend towards supplying consumers with smaller portions, often in appealing, flexible, stand-up pouches.

This type of wrapping provides a large amount of space for marketing and it is also attractive to producers of niche products as it is a cost-effective option for smaller batches as well as large. “Smaller size packages are more popular as it goes directly from producer to consumer,” Tania Schwede says.

The shift from trade packaging to consumer packaging has been a definite trend in recent years. The new packaging options provide better quality control and improved food safety.

MAP and vacuum packaging technologies have been around for more than 15 years but adoption has accelerated in the past few years. Pre-packed seafood is one of the fastest growing protein sources, as it is easier to handle for retailers and consumers alike, while providing the option of a fresh or frozen product.