For maritime anthropologist Tanya King, the people are the most fascinating part of a fishery 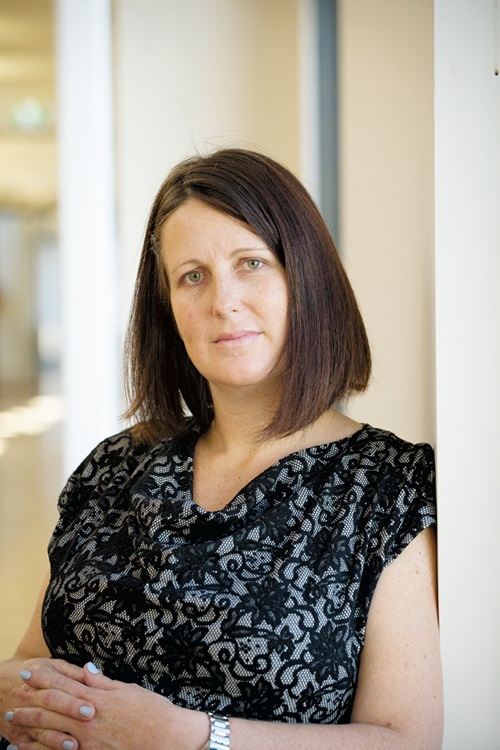 Tanya King has always been driven by a sense of social justice. It may be why a curious contradiction in Australian culture lies at the heart of her work: why, when it comes to primary production, are fishers not held in the same high regard as land-based farmers?

Unlocking this riddle is the long-term focus of research for her work as an anthropologist, with a special interest in rural and marine communities. Far from being a purely academic pursuit, addressing this question has tangible implications in the real world for the wellbeing of fishers, their families and communities.

She says in other parts of the world, for example, in Norway and Japan, fishers are revered for their role in feeding the people. By contrast, in Australia they are often viewed with suspicion and as a threat to the natural resource rather than as its guardians.

“If they are present in the public consciousness at all it’s as greedy pillagers of the ocean,” she says. “This is in stark contrast to the reality in Australia where most fisheries are sustainably managed by small-scale family businesses.”

Tanya King says if fishers are not culturally valued within a society, policies around their practices, businesses and communities are less likely to support them. “If you don’t culturally value something you don’t necessarily protect it.”

For example, in Australia, fisheries policies sometimes appear to be made “on the fly”, with the goalposts changing without due consideration for small businesses and families.

An example of this is the 2014 pre-election promise of both major Victorian parties to ban commercial netting in Port Phillip Bay.

The announcement was delivered with little policy detail or environmental justification and without a social impact assessment of the effect on fishing communities and families displaced by the decision, she says.

Similarly, in Queensland, netting closures were announced two days prior to the state election, and in New South Wales and Western Australia structural reforms and mooted changes are also causing ongoing anxiety. “The impact on the communities affected by those changes has been completely unexplored to this point,” Tanya King says.

Like other primary producers, fishers face uncertainty from factors outside their control, such as climate and market variability. But unlike farmers they often face an extra layer of insecurity – around regulation.

“Because they don’t have security of tenure or a freehold claim to the resource the way farmers do with their land, fishers are always subject to rapid regulatory changes,” she says. “It makes for perpetual insecurity that is a key contributor to poor mental health.”

In her role as maritime anthropologist at Victoria’s Deakin University, Tanya King recently made a submission to the Victorian Government as part of a consultation process recommending that a social impact assessment be part of any significant fisheries governance decisions, such as commercial netting bans in Port Phillip Bay.

Such an assessment would help factor fishers into any equation about their future. More immediately, it would help allay anxiety generated by the lack of detail around the bans, including a start date or compensation scheme.

“Particularly when there are questions around the timing of changes or their environmental necessity, the lack of communication and consultation are key contributors to poor mental health for fishers affected,” she says.

Tanya King’s recent FRDC-funded project found that of all health and safety concerns, mental health was the biggest and uncertainty about the future was one of the major contributing factors.

This research, while identifying an important issue for fishers, also led Tanya King to a role on the board of Seafood Industry Victoria (SIV), after a director recognised the pertinence of the research and approached her to join.

As a SIV director, Tanya King says she sits in a privileged position between academia and industry – able to bridge the two by gaining insight into what the industry needs and building research parameters to back it. “Anthropological research is always a two-way street. It’s very much, ‘You tell me what’s going on and I’ll try and make sense of it’,” she says.

With an insider’s perspective, Tanya King now has the confidence to continue to explore the social impact and mental health concerns raised by regulatory changes.

“In principle, those issues have traction with the full range of industry people – from fishers to scientists to managers – everyone agrees social issues are going to need addressing,” she says.

Under a new research proposal, Tanya King plans to collaborate with the National Centre for Farmer Health in Victoria to pilot the Sustainable Farm Families™ program in the fishing sector.

This program aims to improve the health, wellbeing and safety of people on-farm and it is backed by solid research. This is an example of positive government policy supportive of the agricultural sector, she says.

Other national measures, such as drought assistance, also reflect the priority governments give to ensuring the financial and mental wellbeing of farmers in a changing environment.

“It would be wonderful to see the same recognition extended to fishers who experience the same or greater trauma as a result of climate, market or regulatory uncertainty,” Tanya King says.
“There is a difference between farmers and fishers in terms of attention to their health.

This is despite data suggesting the situation is as bad or worse in the fishing sector, and despite both industries being managed under the same government portfolio.”

Meanwhile, Tanya King is also planning a national benchmarking survey to gather nationwide data on mental health in the fishing industry so clear comparisons can be made with the broader agricultural sector and the general public.

An international comparison will also be made through a partnership with the University of Exeter, Cornwall Campus, in the UK, where similar issues are being investigated.

Globally – and locally – social science and anthropological research will be as important to the survival of the fisheries sector as research into fish stocks, biota and markets, she says.

“It’s an industry driven by human capital and understanding what motivates those people and what compels them to invest in a healthy sustainable industry is really important,” she says. “A productive fishing industry is not just a matter of biology and economics.”

From a farming family from Brimin in Victorian wine country near Rutherglen, Tanya King has always been interested in rural communities and driven by social and environmental justice.

Her honours thesis looked at policies to enhance opportunities for women in management roles on farms, but she was lured to the marine sector with the chance to do her PhD on the dynamics between Bass Strait shark fishers and fishery managers. After that, she was “hooked”.

“There’s so much that’s interesting about the industry – at the policy and the community level as an anthropologist and as someone who is concerned about the environment and social justice,” she says. “Plus if I had continued working with farmers I would have married one and been living too far from the sea.”

Instead, nestled in the “sleepy” seaside town of Indented Head, on Victoria’s Bellarine Peninsula, Tanya King is anything but sleepy. She is raising her young family while rigorously combining her academic research with hands-on teaching as a senior lecturer at Deakin University, and building an understanding of the issues facing rural fishing families in Australia. She is also doing a law degree on the side.

Through academia, she says she has the best of many worlds. She is able to contribute to the betterment of the fishing industry without needing to be a licence holder or manager.

“All the issues are so compelling, it’s amazing,” she says. “I get the chance to promote biological diversity through advocating for better management practices. And I can raise issues around social justice when it comes to implementing good policy that reflect the fact that when it comes to natural resource management, people do matter.”

While fishers may not be able to do much in the short term about political or resource insecurity, they can take action to address the symptoms of stress.

This includes seeking treatment from a general practitioner, a counsellor or by contacting one of the general support services such as Lifeline, beyondblue or the Black Dog Institute.

If you, or anyone you know, is experiencing signs of stress, or if you just need to talk, please contact: