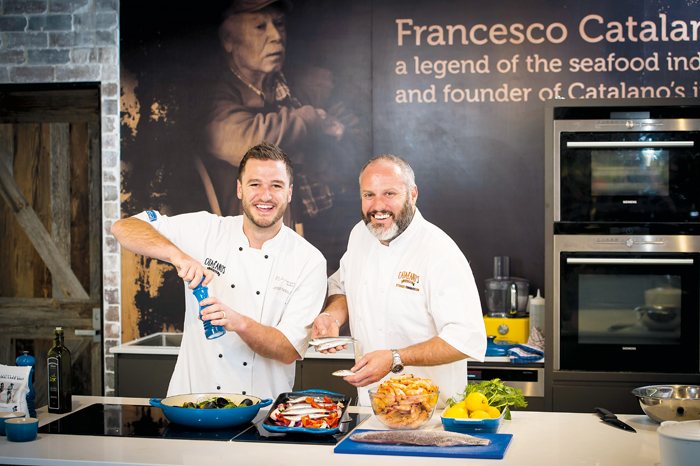 Western Australia’s Josh Catalano believes the key to increasing seafood consumption is giving people more confidence in selecting, handling and preparing their fish. And this philosophy underpins the newest retail store opened by his family’s business.

Catalano’s Seafood at the Westfield Whitford City shopping centre in Perth’s northern suburbs is the first of the company’s seven retail stores to include a kitchen.

The store staff includes two qualified chefs (Mark Yates and Stuart Fergusson) along with Josh Catalano himself who was a contestant on the first season of the reality television cooking show MasterChef Australia.

In the store the chefs prepare gourmet deli offerings such as marinated octopus and smoked seafood ready to eat, plus heat-and-eat products. They also provide live demonstrations of different preparation techniques for customers, answer questions and offer advice.

The store has been unashamedly decorated with a family theme, featuring family photos including a giant portrait of Catalano’s Seafood patriarch and founder Francesco Catalano, who began the fishmongering business in 1969.

For Josh Catalano, the Whitford store has been a labour of love and a tribute to his grandfather, combining his passion for seafood, cooking and family. He says it took two years to persuade his family to support an in-store kitchen. “But within the first week of opening we could tell that it was a great decision.”

It was Josh Catalano’s uncle Paul Catalano who initiated retailing a decade ago with a store in Perth’s Westfield Garden City shopping centre in 2005, building on the family’s wholesaling and processing business. But Catalano’s Seafood retail stores have never been a typical wet seafood store.

There are few of the typical cues associated with a fishmonger – no fishy odour, no melting ice or exposed whole and filleted fish. From the beginning there has been a focus on chilled and frozen portions, hygienically pre-packaged to maximise quality and convenience.

Josh Catalano admits the pre-packaged approach, while good for the product, has been difficult to sell to consumers. There is a perception that the fish is not fresh, he says.

“But the packaging actually slows the growth of bacteria, and is better for maintaining the quality of the product than exposing it to the open air in display cabinets or on ice. Our product stays fresher longer.”

Since the Whitford store opened in May 2015, he says they have become much better at selling their story.

“We have seafood masterclasses fortnightly, which I host with our head chef, Stuart Fergusson, where we can give people an understanding of why we do things differently, why we package our seafood the way we do.

“For example, we only sell frozen prawns. A typical wet fish shop that defrosts prawns and puts them on display would sell so many more prawns than we do, but we are trying to sell the product in its purest form.

“In the masterclasses we are able to explain that and provide customers with different options for handling the prawns, and other fish, to get the best result.” 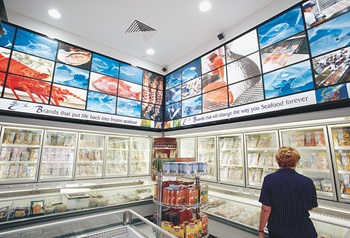 Josh Catalano says many people struggle with the hands-on aspect of cooking seafood. Being able to watch someone prepare it gives them the confidence to do it themselves.

He says whatever fish they use in the masterclasses, the sales of those fish continue to grow, whether it is a low-cost species such as Australian Sardines or a delicacy such as Glacier 51 Toothfish, which retails for $80 per kilogram or more.

“It’s very hard to persuade people to buy a product – particularly an expensive product – if they are not confident about what they are going to do with it,” he says. “But because of the education we are providing, we are getting more repeat customers and they are coming back sooner because they feel more confident, safer in their cooking.”

Another initiative at the Whitford store has been the reintroduction of the ‘fresh’ counter at the front of the store, in addition to pre-packaged products in refrigerators and freezers that line the shop’s walls.

It is a concession to public perceptions about the fittings at a fishmonger. However, the counter is filled mostly with value-added products: fresh arancini, prawn rolls, marinated octopus and pickled Australian Sardines.

They have all been prepared, fresh, by chefs at the in-store kitchen. “And if customers want to go home and make these dishes for themselves, we also cater for that,” Josh Catalano says.
That increased confidence in the kitchen also allows people to be a bit more daring and willing to try some lesser-known species.

“That’s a great aspect for our business, because we are really the only ones processing a lot of these species such as Threadfin Bream or Grass Emperor – smaller fish that haven’t really been processed in the past. But we have confidence, from our customers, to give them a go.”

Josh Catalano says selling fresh fish is a tough business; the day you do not have fresh product is the day the customer wants it. That is when you need to have confidence in your frozen range to offer both quality and continuity of supply.

Across the Catalano’s retail stores sales of fresh and frozen product are 50 : 50, except in the Whitford store.

There, fresh fish sales have increased and make up 60 per cent of the total, a combination of the chilled pre-packaged product and value-added product from the ‘fresh’ counter at the front of the store. The aim now is to increase frozen fish sales to maintain the 50 : 50 balance.

“When it’s in fresh you buy it fresh and when it’s not, the frozen range is just as good.”

As processors of a wide variety of fish, the Catalanos take pride in preparing fish to maintain its best possible condition, often working with fishers such as Cape Le Grande Australian Sardines to develop customised processing techniques.

“The process we have to fillet and freeze Australian Sardines, for instance, gives us such a superior product. We freeze them straight off the filleting machine and when you defrost them they often curl up; they are still in rigor mortis – and that’s a frozen product,” he says.

In March Catalano’s Seafood also introduced a new range of ‘skin pack’ frozen products, in 200 and 250-gram serves, which can be sold frozen or thawed and provided with a date-stamped shelf life. This is a widely used strategy for smoked Atlantic Salmon products.

The portioned serves are allowing the company to expand from Western Australia to national markets by targeting smaller, independent grocers and helping them to offer a quality product while managing their stocks and reducing wastage.

The latest innovation for Catalano’s is the introduction of seafood vending machines.

The first of these will be trialled in a major shopping centre in the Perth suburb of Cannington, where Catalano’s Seafood does not currently have a retail store. It is the same suburb where Francesco Catalano opened his first store in 1969.

The whitefish could be one of several species, including Grass Emperor, Saddletail Snapper or Crimson Snapper, depending on supplies.

There is also marinara mix of Green Mussels, squid, Atlantic Salmon and prawns. All portions, either 200 or 250 grams, retail for $9.99 each.

Josh Catalano says the vending machine provides ideal conditions for the product: “It has a perfect temperature-controlled environment, because it never really opens or closes, except for restocking.”

He says if the vending machine gains any traction in the shopping centre, they will look at a range of other venues. These include gyms and high-rise residential buildings, targeting health-conscious, time-poor consumers. 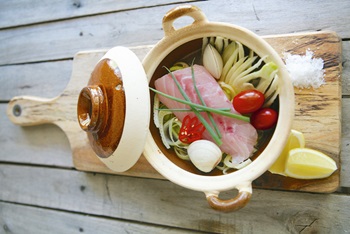