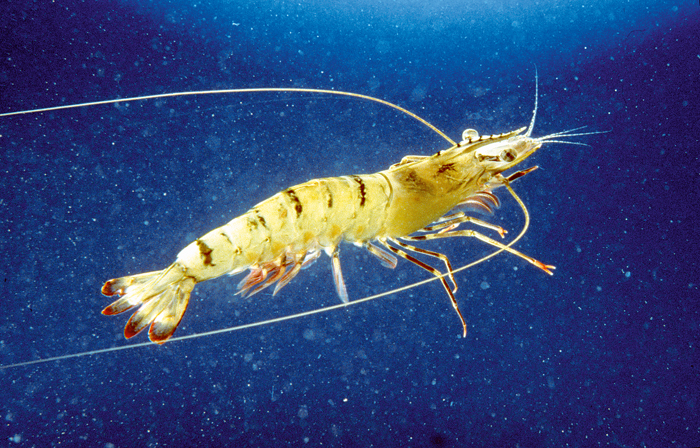 Australian development of a new bioactive feed supplement will allow wild-caught fishmeal and fish oil to be removed from the diets of farmed prawns without compromising animal growth.

While many farmed fish and crustacean species are reliant on wild-caught fish as a component of their diets, the limits of wild resources have also limited the potential to increase production of these species.

However, for prawns at least, the potential for a fish-free diet is on the horizon, with the development of the bioactive supplement NovacqTM.

It has taken a decade of research at CSIRO and a further two years of refinement by feed manufacturer Ridley AgriProducts Pty Ltd (Ridley) on the way to commercialisation, but NovacqTM marks a significant step forward in the sustainability of aquaculture feed.

Nigel Preston, research director for CSIRO’s Integrated Sustainable Aquaculture Production program, says acquaculture is the fastest-growing animal-protein production sector in the world. “Anything we can do to support this production in a more sustainable manner will help.”

He says the solution lies in developing ways to cultivate the necessary ingredients, rather than harvesting limited wild sources. 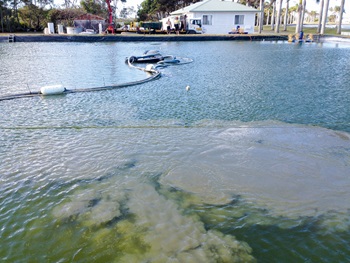 “There has been a push for quite some time to substitute land-based proteins such as grains for fish protein. It’s a cultivated solution, as opposed to stripping the wild,” Nigel Preston says. “NovacqTM has its genesis in that background.”

However, NovacqTM is not a a complete prawn feed. “You still need the basic building blocks of life, the proteins, the carbohydrates and the oils. NovacqTM is a supplement that allows prawns to use those building blocks in the other feed ingredients more efficiently.”

NovacqTM is a microbial biomass that is produced using a complex mixture of ingredients including waste organic matter from plant industries such as sugarcane, wheat and rice production and processing. It is harvested as slurry, which is about 90 per cent moisture, and the bioactive ingredients are filtered, creating an additive that resembles green-tinted talcum powder.

Fishmeal is normally a significant contributor to the protein portion of fish feeds. NovacqTM improves the ability of prawns to convert a range of feed ingredients into growth by so much that fishmeal and fish oil could be removed without any loss of growth compared with current feeding regimes that include fish-based components.

This means the prawn industry is no longer beholden to fishmeal for its future, Nigel Preston says.

“This is a game changer for the industry. It is a major achievement for the sustainability of Australia’s aquaculture industry as prawns fed this diet are not only a top-quality product and reach market size faster, but they also no longer need to be fed with any products from wild fishery resources.”

Internationally, he says it solidifies aquaculture as a sustainable source of protein to help meet the ever-growing demand for food.

Retaining fishmeal at current levels while adding NovacqTM can increase growth rates by 50 to 60 per cent, based on Ridley’s latest trials, which include commercial-scale trials in Queensland at Australian Prawn Farms at Ilbilbie and Gold Coast Marine Aquaculture. NovacqTM also significantly improves the feed-conversion ratio, requiring less feed per kilogram of prawns produced.

Nick Moore from Gold Coast Marine Aquaculture has been involved in trials with Ridley for more than two years, providing ponds for the trial-scale production of NovacqTM in 2014 as well as conducting commercial-scale feed trials this year.

“So far it has done everything we wanted it to do,” Nick Moore says. “We wanted to make sure that the prawns would eat it – that it was palatable. We also wanted to be sure there was no degradation in the taste or the texture of the prawns themselves." 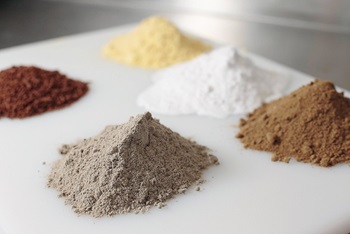 “As for increased growth, the trials haven’t finished, but it looks good. However, we see the potential to eliminate the wild-fish component of feed as the greatest advantage, not just for Gold Coast Marine, but for the industry in general. The demand for fishmeal is going to increase as aquaculture continues to grow, but NovacqTM means we won’t be restricted by that, we will be self-sufficient and sustainable.”

Ridley group technical and research and development manager Richard Smullen says while Australian trials have been conducted with Tiger Prawns, trials with other species have been held in New Caledonia, French Polynesia, Oman, Thailand and Vietnam.

“So with commercial prawns, or shrimp as they’re called overseas, we’ve covered most commercial species, both marine and freshwater,” Richard Smullen says. “We also plan to look at other species such as yabbies and crabs.”

Matthew Briggs is Ridley’s technical project manager, responsible for refining the production process and the formula to ensure large volumes of a consistent product occurs as production is scaled-up from laboratory to commercial-scale production.

CSIRO data had already demonstrated improved growth of 30 per cent.

With some finessing, trials have shown consistent improvements, with up to 60 per cent (Figure 1) improvement in some Australian trials.

From a producer perspective, it will allow prawns to be grown to a larger size, or to be harvested at the current sizes but produced in a shorter time. In some locations the faster growth rates may even allow an additional crop to be harvested each year, although probably not in Australia, where temperatures are relatively cool compared with other major prawn-producing regions.

Australia’s current production is comparatively small at only 5000 tonnes: China, Vietnam, Thailand and Indonesia are responsible for 2.05 million tonnes (65 per cent of current world production of about 3.18 million tonnes).

Following the success of NovacqTM, CSIRO is now using the same approach to develop more-sustainable diets for fish such as Atlantic Salmon and Barramundi.

“It will be more challenging because fish are more highly evolved than prawns, higher up the trophic levels,” Nigel Preston says.