Most of Australia’s environmental water-quality standards and testing protocols have been developed with the effects on temperate marine wildlife in mind, but new research is focusing on the risks and responses of tropical species as coastal development expands across the nation’s north.

The Australian Institute of Marine Sciences (AIMS) is leading new research into the potential impact of water pollution and heavy metals in northern waterways and oceans.

Research scientist Melanie Trenfield says, in general, there is a lack of information on the long-term effects of metals and other toxicants on tropical marine biota in Australia. “This means that current water-quality guidelines may be inadequate for the protection of tropical seas.” 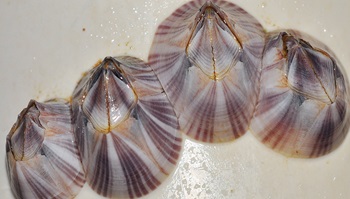 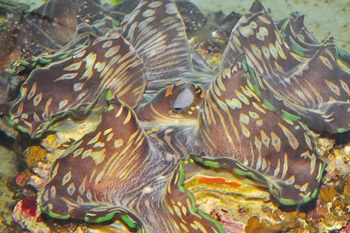 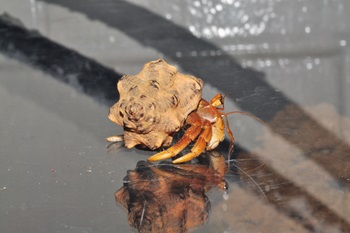 She and her colleague Joost van Dam are working on research designed to address information gaps in tropical waters. They are investigating the effects of metals on the larvae of selected marine species and will use their findings to develop water-quality guidelines for industry, government and the public.

With a huge range of tropical species to select from as indicators for toxicity testing, the researchers looked for organisms that represented different levels of life forms within the ecosystem.
The indicator species were also selected for their ease of rearing in the research facility.

“Although the species selected for toxicity testing in this project are not necessarily food sources themselves, they are somewhat representative of what effect toxicants will have on other iconic species, such as the mud crab (Scylla species) and Golden Snapper (Lutjanus johnii),” Joost van Dam explains.

Using the food species directly for the tests was not viable in the research facility as mud crabs are highly cannibalistic and Golden Snapper need large volumes of water to thrive.

The candidates were narrowed down to five species. Giant clam (Tridacna squamosa) was chosen as it is a lower trophic level species and benthic filter feeder; while hermit crabs (Coenobita variabilis), also a lower-level benthic species, are more mobile and scavenge what they can find from the ocean floor. Western Clown Anemonefish (Amphiprion ocellaris) (widely known as clown fish) represent a higher-level species, as an omnivorous and occasionally predatory finfish.

The Purple Acorn Barnacle (Amphibalanus amphitrite) is an opportunistic filter feeder with the ability to be selective about its diet (unlike clams). Finally, the marine snail (Nassarius dorsatus), a burrowing, benthic scavenger, is the project’s representative of the marine gastropod community.

“We are interested primarily in protecting marine species that are native to marine waters in tropical Australia,” Joost van Dam says. “This will have the added benefit of protecting people who depend on these animals for food.”

It can take three to 12 months to develop the toxicity test protocols for each species. Protocols for the hermit crab, barnacle and marine snail have already been completed, while test development for the clown fish is well underway.

Their findings will help revise water-quality guidelines for several priority metals related to the alumina-refining industry: aluminium, gallium and molybdenum.

Once developed, the toxicity tests can be applied to discharges and contaminants associated with industrial activities, such as oil and gas drilling, and port and dredging activities in or near the marine environment.

This research is part of the AIMS national program investigating the toxicity of environmental contaminants. “We are very passionate about the health and sustainability of marine and freshwater ecosystems,” Melanie Trenfield says.

“Working in a job such as this enables us to do our bit to protect our environment. Plus we get to work with some really awesome critters including clown fish, giant clams, marine snails and hermit crabs,” she says.