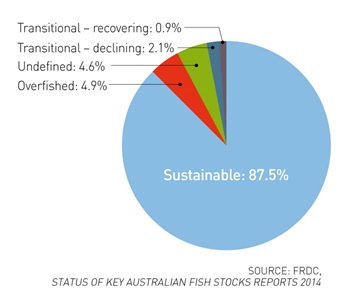 The second edition of Status of Key Australian Fish Stocks Reports, released in December 2014, includes 19 new species in addition to the original list of 49 species formally assessed as part of a comprehensive national fisheries reporting system.

In launching the reports the FRDC’s executive director, Patrick Hone, said the reports reflected well on the status of Australian fisheries overall, although the assessments would provide a wake-up call in some areas. The long-term aim is to ensure that Australian fisheries are synonymous with sustainability, and that management is based on sound science, he said.

‘Sustainability’, as used in the reports, relates to the biological sustainability of a stock – rather than referring to broader ecosystem, economic or social viability. Information is also based on biological fish stocks, rather than management jurisdictions, wherever possible.

Of the 68 species or species groups reported on, there were 238 different assessments of stock undertaken, incorporating single populations assessed in multiple jurisdictions, or multiple populations within a single management jurisdiction.

The results show that 129 fish stocks (87.5 per cent of catch by volume) are being fished sustainably, with seven stocks in recovery.There were 19 stocks in decline and 11 identified as overfished.

A new assessment category was introduced to the current report – ‘environmentally limited’. This identifies stocks affected by environmental factors, such as a marine heatwave or disease, rather than by fishing. This applies to two species – Saucer Scallops and Blue Swimmer Crabs (Portunus armatus) (four stocks) impacted by a marine heatwave in Western Australia. There are also 68 stocks for which there are management plans in place, but there is not enough data to provide a confident assessment. 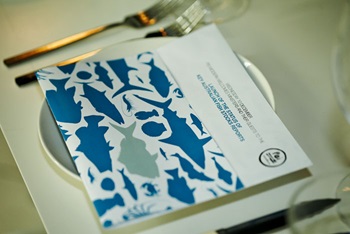 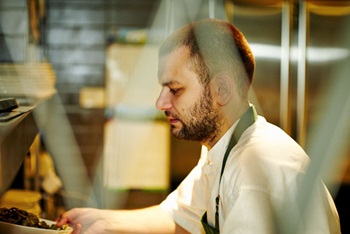 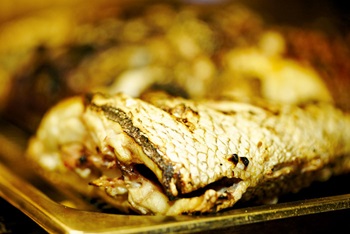 Identifying problem areas allows fisheries managers and fishers to respond to the issues, and gives consumers and the community confidence in Australian fisheries.

More than 100 leading fisheries researchers have been involved in developing the stock status reports as a scientifically robust, simple tool for fishers, fisheries managers, seafood consumers and the public alike to understand the status of the key wild-capture fish stocks around Australia.

As well as identifying how stocks are travelling, the reports include summaries of how numbers were determined, along with information on catch trends, fishing methods and management. There is information on environmental issues and links to key references for interested people to delve into the science and fisheries.

Future editions are expected to increase the number of species considered and broaden the information provided, although it is unlikely to include all of the 600 species commercially fished (from the 4500 known species) in Australian waters. Later editions may also include formal classifications for broader fishery-level issues such as ecological impacts, economic performance, management performance and social good.

The reports were initiated by the FRDC and the Australian Bureau of Agricultural and Resource Economics and Sciences.

The second edition of the reports represents another step towards greater transparency and consistency of fisheries reporting across Australia.

The reports are available online.

Fish of the day

The launch of the second edition of the Status of Key Australian Fish Stocks Reports was held at Pei Modern restaurant in Melbourne.

The restaurant features fresh seasonal produce, prepared by chef Florent ‘Flo’ Gerardin. Originally from France, he says he began his career filleting hundreds of kilos of fish a day. He has been working in Australia since 2009, initially as sous chef at restaurant Vue De Monde, also in Melbourne, and most recently at Pei Modern.

After arriving in Australia, Flo Gerardin says he quickly stopped trying to adapt European recipes to Australian fish, and focused instead on developing dishes to take advantage of the unique characteristics of the local seafood. At Pei Modern he relies on his fishmonger to bring him the best seasonal catch each day, so the menu changes, depending on what gets delivered.