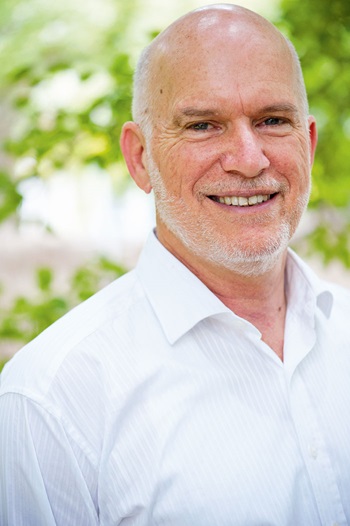 David Thomason started his career with Cottee’s foods in 1968 and stayed with the company for 20 years before moving to George Weston Foods, where he was marketing manager for a decade. He joined Meat and Livestock Australia (MLA) in 1998.

While at MLA, David Thomason worked with some of Australia’s best agencies including The Campaign Palace, Host and BMF, and was widely applauded for his commitment to creativity. Over his 12-year tenure at MLA as general manager – marketing, David Thomason was responsible for campaigns including the Dancing Butchers, ‘Red meat feel good’ with Sam Neil, and Sam Kekovich Australia Day for Lamb.

More recently, he was a board member of Certified Australian Angus Beef and the Australian Seafood Cooperative Research Centre, as well as the FRDC, and was also a founding board member of the Primary Industries Education Foundation.

David Thomason was passionate about how marketing could transform an industry. With legislation passed in December 2013 to enable the FRDC to undertake marketing, his appointment to the FRDC Board was very timely.

While on the FRDC Board, he encouraged and guided the transformation of the marketing function. He tirelessly made his time available to anyone interested in understanding or pursuing seafood marketing.

David Thomason’s legacy will continue as the FRDC builds on his early work. He will be greatly missed by many agricultural and other professionals throughout Australia.

David Thomason is survived by his wife Sue and children Josh, Drew, James and Edwina.

The FRDC remembers John Dunphy who died in Osaka, Japan, on 8 January 2015. John Dunphy was a highly respected innovator within the recreational fishing community, who provided his extensive knowledge and foresight to advance the fishing industry at large, as well as in an advisory capacity to government fisheries departments.

During the next 30 years he and his family helped to build the brand from relative obscurity into the leading name in fishing tackle in Australia and the Oceania region.

When Shimano Japan bought Dunphy Sports/Fishing Imports in 2008, John Dunphy remained with the company in an advisory capacity until 2011.

As a great innovator of fishing tackle, John Dunphy created the baitrunner reel (a threadline reel that feeds line out with no resistance, with a quick engagement bar).

The innovation was adopted and produced by Shimano and continues to be extremely popular. A great proponent of catch-and-release fishing, he promoted the knotless Environet, developed by Australian Dave Irvine, which causes minimal harm to the fish, and took production from small-scale local operation to mass production in China.

He supported recreational fishing licences, with the proviso that the funds only be used to improve recreational fishing, and also contributed his own funds to a range of projects. A study tracking the movements of Black Marlin (Makaira indica) via the use of ultrasonic tags would not have happened without his support.

John Dunphy was a strong advocate of measures to ensure Australia’s passion for fishing was sustainable for future generations, such as fish restocking, and his legacy is one he and his family can be proud of.