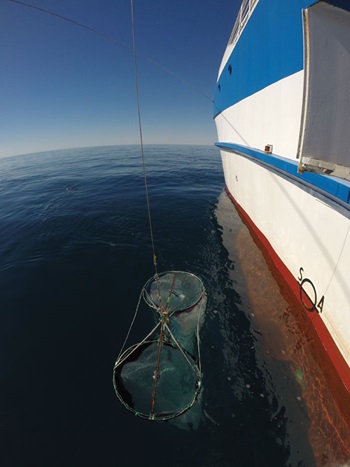 Recent advances in genetics are enabling scientists at the South Australian Research and Development Institute (SARDI) to develop a molecular probe that attaches itself to a specific gene target – in this case, a small section of Snapper DNA.

Project leader Mike Steer says the new technique is a big step forward in the management of southern Australian Snapper populations, enabling the easier identification of fish species.
“Until now we have had to rely largely on catch-and-effort information from fishers to determine stock estimates.

“This new approach will help us work out how many Snapper are in our waters, by literally counting their eggs. Once SARDI has developed the molecular marker for Snapper eggs, it can be adapted for use for many other commercial species such as King George Whiting (Sillaginodes punctata).”

As part of the three-year program, SARDI is conducting annual surveys of Snapper eggs. Thousands of eggs, believed to be from Snapper, have already been collected and are being kept in storage awaiting DNA identification.

Mike Steer says the daily egg production method has been accepted as one of the most reliable ways to estimate fish stocks. Researchers count eggs in the water column and combine that information with how often females spawn to work out how many Snapper are required to produce that number of eggs.

“The trouble with Snapper and a number of other fish species is that the eggs are difficult to identify visually, even under a high-powered microscope,” Mike Steer says. “This new technique gives us the means to identify the eggs and provide more accurate assessments of Snapper stocks.” 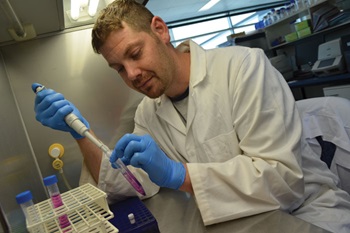 SARDI molecular biologist Andrew Oxley, who is developing the probe, says to ensure the project’s success it is critical to determine that the probe only reacts with Snapper eggs. “I am comparing Snapper eggs with those from about 30 other fish species,” he says. “These species are either related to Snapper, may occur in the areas where Snapper spawn, or are species that spawn around the same time in the same area.”

The eggs awaiting identification are stored in ethanol, making the surface of the egg permeable to the molecular probe. This will allow the probe to penetrate the cells of the egg and react with the genetic material, a process that turns the egg blue.

The project, ‘Developing a fishery independent estimate of biomass for Snapper’, has been funded by the FRDC.