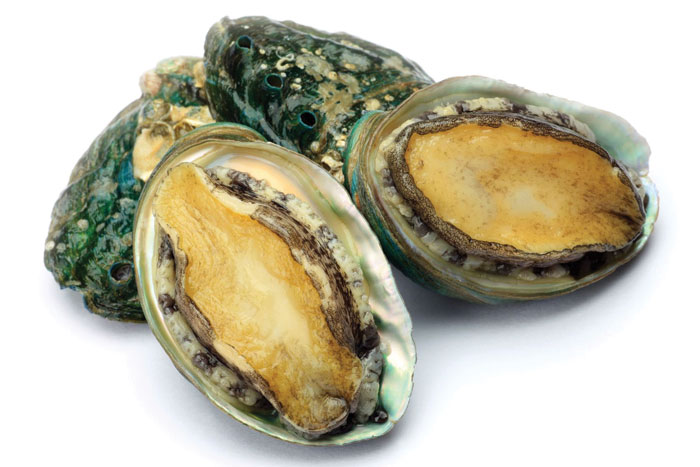 A four-year biotoxin risk assessment of Australianand New Zealand abalone has found that they are largely unaffected by toxic algal outbreaks, even at high alert levels that have resulted in fisheries closures for bivalves such as oysters.

The assessment has helped to protect access to international markets for Australian and New Zealand abalone, and has saved both countries millions of dollars in expensive ocean monitoring programs.

The joint Australian–New Zealand project cost $600,000, with funds from industry and government in both countries. But the return on investment is substantial: it has eliminated the need for a biotoxin monitoring program, estimated at $20 million a year for Australia and $2 to $3 million a year for New Zealand.

Cathy Webb says there had been concerns internationally about the potential for abalone to accumulate biotoxins, based on some events in Chile, Spain and South Africa, where local abalone species had accumulated levels of paralytic biotoxins that exceeded international food safety levels.

In response, the safety standards body the Codex Alimentarious Commission developed a new standard specifically for abalone, rather than applying a bivalve standard to gastropod species. The standard originally proposed would have mandated the need for ocean monitoring programs to demonstrate that Australia and New Zealand complied with safe growing conditions. This would have been “prohibitively expensive”, Cathy Webb says.

“However, working with the Codex Fish and Fishery Products Committee, responsible for developing the standard, we argued for a risk-assessment approach, based on the level of risk that would take into account each country’s risk management strategy. This has now been incorporated into the final Codex standard.

“Given the similarities between the two countries, it made sense for us to combine forces and work together on this issue,” she says. Lead agencies were the SafeFish program, through SARDI, in Australia and the Seafood Standards Council, through Seafood New Zealand.

During the four years of the project abalone from both countries were tested during algal outbreaks that were severe enough for temporary closures of shellfish fisheries. Abalone collected from affected areas were tested for paralytic, diarrhetic and amnesic shellfish toxins.

Cathy Webb says the risk-assessment analysis took into account the preparation techniques, size of serving and portion of the animal consumed (viscera or meat). All toxin tests used modern analytical methods in accredited laboratories in New Zealand and Australia.

“We found there was evidence of toxin uptake into the gut, and a trace amount into the foot, but through the risk-assessment process, the level of marine biotoxin risk associated with abalone in New Zealand and Australia was overall relatively low, with some small differences based on meal type. All the New Zealand abalone products were determined to have a low or extremely low risk level, as did all but one of the Australian product types. One meal type of sashimi viscera was assessed at low to moderate risk.”

The project also highlighted the value of joint research projects between Australia and New Zealand and a partnership approach to managing market access issues. During the abalone convention there was a commitment from the industry organisations and research agencies in both countries to investigate further opportunities for joint projects.

The Codex Alimentarius Commission was established by the Food and Agriculture Organization (FAO) and World Health Organization (WHO) in 1963 to develop international food standards, guidelines and codes of practice to protect the health of consumers and ensure fair practices in the food trade.