New deepwater camera technology has huge potential to help fishers and fisheries managers by revealing the effectiveness of fishing gear and its effects on the seafloor, allowing for changes to improve performance 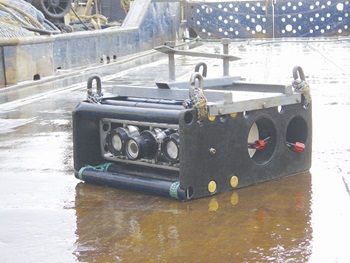 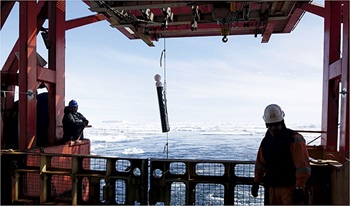 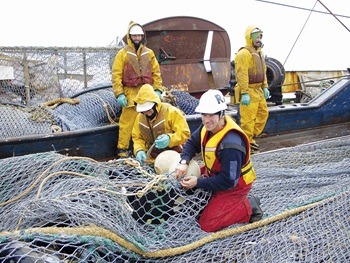 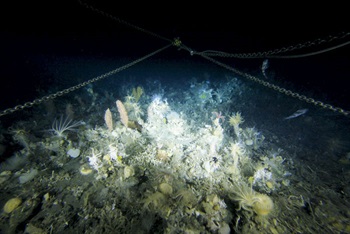 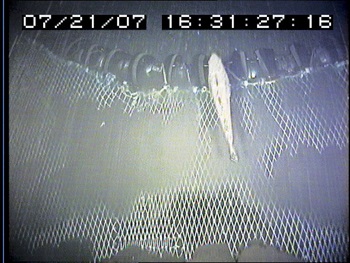 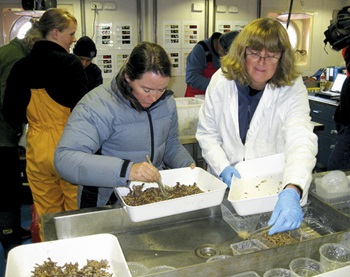 Easy to use, reliable, capable of operating in water depths of 2400 metres and temperatures near 0°C, and able to withstand the rigours of commercial fishing – these were just a few of the essential performance criteria for a new deepwater camera system developed by the Australian Antarctic Division (AAD).

The cameras were created as part of an eight-year project to assess whether commercial fishing was damaging the ocean floor around Heard Island and the McDonald Islands (HIMI), a relatively fragile part of Australia’s fishing grounds.

However, the cameras have also helped fishers assess the effectiveness of their gear and revise operations to both increase catches and reduce environmental effects.

The ability to monitor both fishing impact and gear modifications gives the Australian technology, developed with FRDC funding, practical applications that could improve fisheries worldwide.

The video footage and photographs of fishing and of the HIMI seafloor environment have shown that fishing for Patagonian Toothfish (Dissostichus eleginoides) in the region has had little impact on the sea floor.

The AAD research team, led by Dirk Welsford, estimated that only 0.7 per cent of the sea floor within the HIMI fishing zone has had some interaction with fishing gear since the Patagonian Toothfish Fishery was established in the region in 1997.

About 1.5 per cent of biomass has been affected by commercial fishing in the region; the remaining 98.5 per cent of sensitive seafloor biodiversity in the area is still undisturbed by fishing. There have been various degrees of damage in that area, depending on the vulnerability of each species affected.

Most vulnerable organisms were found to live on the sea floor at depths less than 1200 metres. This habitat overlaps with trawl fishing to depths of 1000 metres and, to a lesser extent, longline fishing, which can fish deeper than 1000 metres.

It was estimated that the HIMI Marine Reserve, where fishing is not permitted, contains more than 40 per cent of the seafloor organisms considered vulnerable to demersal fishing.

Researchers found only a low risk that fishing would cause significant effects to seafloor biodiversity in the HIMI region in the medium term and identified strategies to minimise fishing impact, such as gear modification and the avoidance of sensitive areas.

They recommended that risk assessments for the fishery be updated regularly, to evaluate the likely performance of the current management approach in the long term.

From idea to reality

Andrew Constable, leader of the Southern Ocean ecosystem change program at the AAD, was the principal investigator of the team that developed the cameras. He says designing the cameras to withstand the rigours of commercial fishing without affecting the performance of the fishing gear was a significant challenge.

“They also needed to be extremely easy to use so that anyone could benefit from the data collected. Marine technician Robbie Kilpatrick was instrumental in producing cameras that were strong enough to go on trawling gear and that could be attached to different areas of the nets.”

General manager of Austral Fisheries Martin Exel is enthusiastic about the camera system, which has been monitoring the company’s Patagonian Toothfishing operations.

“Not only could we assess the impact of our nets on the seabed and work to minimise it, but we were also able to make changes to the gear to increase our catch rates by about 10 per cent,” he says.The cameras were deployed on trawl nets from about 400 to 1000 metres depth.

“As soon as the cameras came up the crew were really interested in downloading the footage and seeing what had happened down there,” Martin Exel says.

The cameras can be programmed to automatically turn on and off to film the most important phases of fishing operations, such as deployment and retrieval of nets. Once the gear is back on board, the data can be easily downloaded for immediate review, or analysed in more detail at the AAD’s Hobart laboratory.

“For the first time we were able to see the reaction of the fish to our gear and make improvements. We tweaked the foot rope to avoid having fish escape in the gap between that and the seabed, then we deployed the nets again with the cameras attached to see if our changes were effective.”

The crew also changed how the bobbins worked to allow the nets to ride over boulders rather than getting stuck.

“We are keen to keep using the cameras and we are talking to AAD to obtain some more,” Martin Excel says.

The project has developed a world-first technique to attach cameras to long lines that are deployed through a chute in the stern of the vessel on autolines. The company Australian Longline also fishes for Patagonian Toothfish in the HIMI, and managing director Les Scott says he was thrilled to have been involved in the research.

“We had cameras going to depths of between 800 and 2400 metres, and that gave us a real insight about the behaviour of our gear,” he says. “We were particularly interested in seeing the effects of the sweep of the lines across the sea floor, and we were pleased to find that after they were deployed the lines had minimal movement.”

The cameras have been designed to be versatile. They can be attached to nets, lines and other fishing gear, such as demersal pots, and could easily be used in other Australian fisheries and overseas. They can also be used as drop cameras to record the habitat in new areas before any fishing occurs.

Andrew Constable says the falling cost of technology will make the camera units more affordable to build than the original unit, made in 2006, which cost $15,000. Researchers are making the camera specifications freely available to anyone who would like to build their own unit.

The Commission for the Conservation of Antarctic Marine Living Resources, which manages fishing activities in the Southern Ocean, is considering whether the system could be used to manage the effects of demersal fishing in its region.

The commission’s scientific committee identifies areas that may be particularly sensitive to bottom fishing, known as vulnerable marine ecosystems, and suggests measures to protect those areas.

Using the cameras to observe gear interactions with the sea floor and to map high-risk areas could help with this.

The secret love-life of krill

Temporarily stuck in ice during an Antarctic voyage in 2010, a team of Australian scientists decided they might as well put their deepwater camera gear to good use and check out what was happening beneath the ship.

Australian Antarctic Division (AAD) researcher Andrew Constable says they were confident their gear could handle the depths and the temperatures beneath the ice in the waters around the Antarctic ice. But they did not think much more about the footage of krill they captured until some time later, back in the Hobart laboratory.

When they showed the footage to AAD krill biologist So Kawaguchi, he was astounded to realise that the footage contained the first ever images of the mating behaviour of Antarctic krill in the wild.

“These are groundbreaking observations,” So Kawaguchi says.

“This behaviour was filmed on the sea floor when, traditionally, Antarctic krill were thought to mate and lay eggs in the surface layer [0 to 200 metres].”

The finding has been published in a scientific journal and highlights the importance of the ocean bottom as a habitat for krill.

The excitement of this discovery was further publicised through successful outreach by Lisa Roberts, an artist specialising in science communication, who produced an animation ‘Do krill have sex?', which portrayed the entire sequence of krill mating.