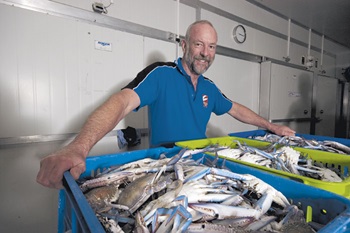 Janet Howieson, from Curtin University, has won the Health Sciences Prize in the Curtin Commercial Innovation Awards 2014 for her work to minimise waste in the seafood industry.

Her research has included work with Peter Jecks from Abacus Fisheries to find sustainable ways of designing and manufacturing products from the waste created from processing Blue Swimmer Crabs (Portunus armatus).

“Instead of going to landfill or being made into low-cost products such as fertiliser and pet food, we’ve discovered ways to meet the needs of niche consumer markets, in a cost-efficient way, at industrial scale. We’ve created gourmet fishcakes from Blue Swimmer Crabs, which are being sold to high-end restaurants,” Janet Howieson says.

The FRDC and the Australian Seafood Cooperative Research Centre helped to fund the research.

Australia was among 11 member countries of the International Coalition of Fishing Associations (ICFA) represented at a meeting of the organisation held at the offices of the Food and Agricultural Organization (FAO) in Rome in September.

Presentations on the Blue Growth Initiative and the role of seafood in global food security clearly identified fisheries and seafood as a priority for the FAO; the key focus now is getting the balance right.

The FAO says it is important to ensure productivity (food production) is the primary driver, while still delivering a high level of environmental and social sustainability.

The second day of the meeting discussed key policy issues facing the seafood industry around the globe. These included: International Marine Organization vessel numbering and other anti-IUU measures; the Global Seafood Sustainability Initiative; the role of fisheries in global nutrition; traceability; and working conditions and ethics in the seafood industry (human rights).

Australia tabled the issue of seismic surveying, noting it was becoming a significant issue and that several research projects were already underway.

The International Coalition of Fisheries Associations (ICFA) is a coalition of the national fish and seafood industry trade associations from the world’s major fishing nations.

ICFA provides input into global policies for the long-term sustainable use of living marine resources.

A second round of public consultation will be held on the development of a global benchmarking tool to improve the comparability of different fishery sustainability systems around the world.

The tool has been developed as part of the Global Sustainable Seafood Initiative (GSSI), whose partner organisations represent all sectors of the fishery and seafood supply chains and stakeholder communities including retailers, seafood processors, food services and NGOs.

Australian stakeholders who commented on the initial draft of the tool during the first round of public consultation included Sydney Fish Market, with support from the FRDC, and the Western Australian Department of Fisheries. All submissions can be viewed at the GSSI website.

GSSI Executive Committee chair Bill DiMento thanked all those who submitted comments or participated in public consultation webinars and workshops. “This initial working draft was created by a diverse range of stakeholders who were still working to find common ground on some issues.”

The GSSI’s three expert working groups (aquaculture, fisheries and procedural) will use the comments received during the first public consultation to revise the tool. It will then be tested and released for a second public consultation period early in 2015.

The revised draft will include a report that details how comments received during the first public consultation phase were addressed on an issue-by-issue basis. 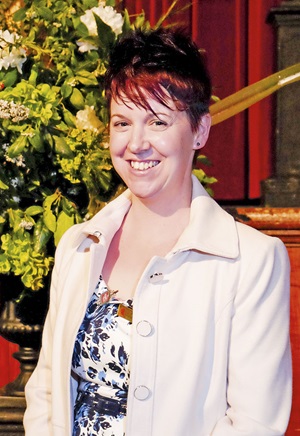 Stacey Loftus, from Wonboyn Lake in New South Wales, has been awarded a 2015 Nuffield Scholarship, supported by the FRDC, to study marketing and branding in oyster production.

She is the business manager of the family oyster farm, working with her husband Andrew and parents-in-law Ross and Anne Loftus. The farm is one of the largest oyster producers in Wonboyn, farming nine leases over 13 hectares and producing close to 360,000 oysters for the domestic market, mostly wholesale into Brisbane and Sydney.

Stacey Loftus says historically the Sydney Rock Oyster (Saccostrea glomerata) industry has not branded or marketed itself well, a situation she wants to improve. She plans to investigate how oyster farmers all over the world have successfully used branding.

“I am particularly interested in how longstanding industries in Europe and the revitalised American sector approach marketing. I can also draw experience from other industries,” she says.

Stacey Loftus will travel to the US, France, Ireland, Japan and Singapore to complete her Nuffield Scholarship research.