Go for gold in Sydney

Prestige, premium prices and even state bragging rights are some of the benefits that come with gold medal status for aquaculture producers taking part in the Sydney Royal Fine Food Show 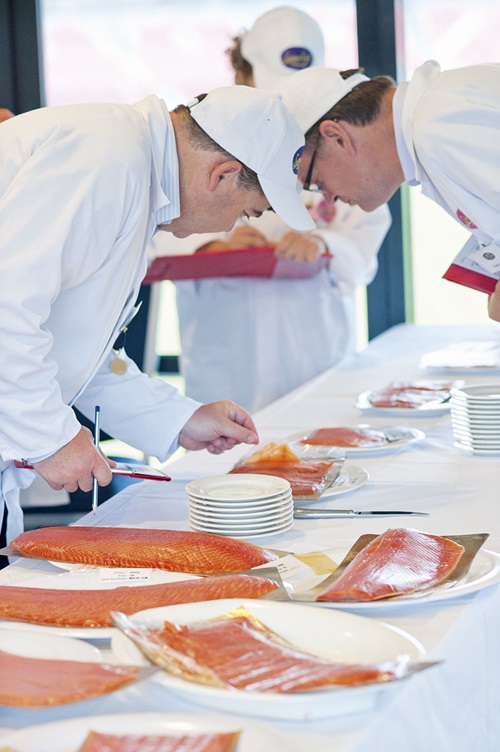 By Catherine Norwood and Ian Lyall

In February 2015 some of Australia’s best farmed seafoods will line up before the judges in the increasingly high-quality and hard-fought contest for champion status in the Sydney Royal Fine Food Show’s Aquaculture Competition.

New South Wales-based Tathra Oysters, for instance, will be seeking to defend its championship status, after winning the Champion Sydney Rock Oyster title in both 2013 and 2014. The business has competed continuously at the Sydney Royal Fine Food Show since the aquaculture competition was launched in 2001.

The many gold and championship medals Tathra Oysters has accumulated over the years have helped the company achieve a premium price for its product, according to owner Gary Rodely.

“Our philosophy at Tathra Oysters has always been to try to grow the best possible oysters. When we have choices of quantity or quality in our farming process we always try to steer towards the quality option. But this best-quality approach only works in a business model if the end product attracts a premium price that more than offsets the extra expenses incurred."

“We are now lucky enough to attract that premium price. It has been our successes at the show that have given our product the credibility in the marketplace we needed. When you have a Sydney Royal medal behind you it commands great respect in the food industry,” Gary Rodely says.

Tathra Oysters also claimed the inaugural President’s Medal and $10,000 prize in 2006. The medal – the pinnacle of the Sydney Royal Awards – is awarded from a field of six finalists who are top producers that have been named as champions in their class from the combined Sydney Royal Wine, Dairy and Fine Food Shows. 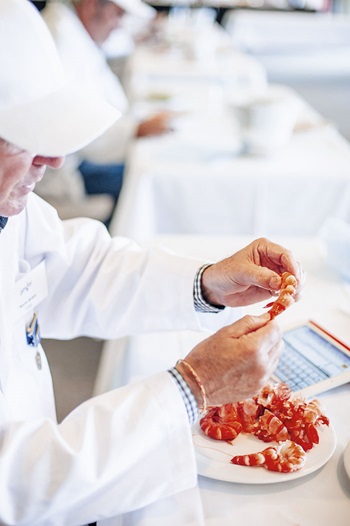 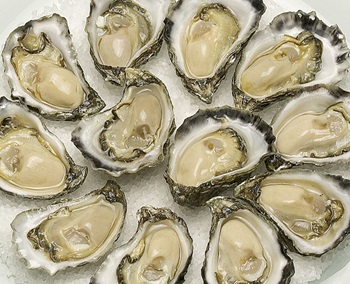 Owner Noel Herbst says the success of Gold Coast Tiger Prawns is the result of the efforts and commitment to quality of staff at the hatchery, farm and processing facilities.

“The prestige of winning gold medals at the Sydney Royal Fine Foods Show gives us a great advantage as a marketing tool. When you have a high-quality product and the awards to prove it there is immediate acceptance in our displays and advertising."

“The Sydney Royal Aquaculture Show is the most important peer-judged competition in our industry and the feedback we get is vital to keeping us from ‘dropping the ball’ in the future,” he says.
Speaking about the benefits of being involved, the co-founder and director of Huon Aquaculture, Frances Bender, says it helps the company tell its story about quality and to maintain a good
market presence.

“We have had a wonderful success rate and are extremely proud of the fact our locally produced products are considered of such high grade by so many local and national judges. We were thrilled to be recognised as one of six finalists, from a field of 5000, for the President’s Medal in 2010 and we continue to point to it as evidence of our product being of the highest grade.”

She says the awards are also an opportunity to benchmark the company’s products against the best in Australia. Other participants also point to feedback from the judges as one of the most valuable parts of being involved.

“Exhibitor feedback sheets are sent out after the competition showing you how your oysters were rated in 10 categories such as richness, presence and texture,” says South Australian Pacific Oyster producer Brendan Guidera, of Pristine Oysters, who achieved gold medal and champion status in 2013.

“This information has been very useful in helping me understand what the most desirable characteristics of our oysters are perceived to be as determined by people deemed to be the most
qualified to judge.”

When Daintree Saltwater Barramundi first entered the Sydney Royal competition in 2006 it had no way to benchmark the quality of its product, so the judges’ feedback was invaluable, manager Mark Hober says. His product achieved a bronze medal status in that first year.

“Since then we have worked hard to improve quality and gone on to receive gold and champion of class awards,” he says. “Attending the awards presentation ceremony along with all the other winners across the different classes was also a great learning experience and networking event, especially with the Sydney connections.”

Mark Hober says the competition has given the business greater recognition and confidence in its product. “I encourage other producers to be part of it, as it is a stringent test and will help you better understand your product. We enjoy entering and we hope that by doing so we set the bar higher for other Barramundi farmers.”

The Sydney Royal Fine Food Show has evolved to reflect changing trends in the Australian food industry and in consumer tastes. These trends include a greater acceptance of a more diverse range of quality aquaculture products from around Australia.

From just two categories, for Sydney Rock Oysters and prawns, in 2001, the aquaculture competition in 2015 will also include Pacific and Native Oysters, Barramundi, fresh and smoked Atlantic Salmon, Ocean and Rainbow Trout, other fish species and value-added products such as paté, terrine and gravlax.

There have also been some changes to the timing of judging. Previously there was both a spring and summer judging but these will be combined into a single event on 18 February 2015, prior to the Sydney Royal Easter Show.

How does judging work?

The judging criteria include three key areas depending on species.

In the early years of the competition, there were sometimes no medals or only bronze medals awarded. But 14 years on, the products submitted are routinely outstanding and some of the best seafood anywhere in the world.

All judging is undertaken ‘blind’; entries are presented without packaging and only identified by class code and the number of the entry.