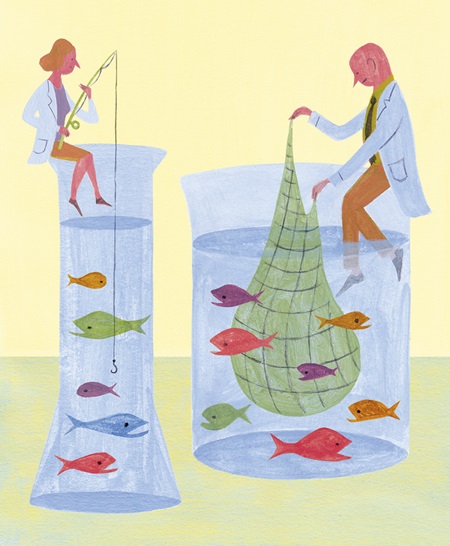 Australia is a world leader in using fisheries economics to improve the long-term profitability and viability of the industry. This was recently recognised when Brisbane hosted the 17th Biennial International Institute of Fisheries Economics and Trade conference.

According to CSIRO marine resource economist and event organiser Sean Pascoe, Australia was a coveted location for the event, based on advances made to push maximum economic yield (MEY) to the forefront of fisheries management across the country.

“We are undoubtedly the frontrunners,” Sean Pascoe says.

“Everybody else is talking about it but we’re the only group actually doing it. We’ve got a lot of international scientists who have come here to see what we do.”

Almost 300 delegates, representing more than 40 fish-producing nations, attended the FRDC-sponsored conference at Queensland University of Technology in July. They spent four days sharing ideas and methods for maximising the contribution of economics to best-practice, ecosystem-based management of fisheries.

“While the key focus of the conference was on economics, we also focused on including social considerations as part of the overall management system,” Sean Pascoe says.

This has been achieved by expanding the definition of the ecosystem to include local communities affected by fishing and aquaculture policies.

Sean Pascoe sees the development of this social dimension as a next step for Australia, as the industry continues to reinvent its management systems through evaluation and modelling. He says the Australian fishing industry has come a long way since the 2007 policy shift to focus on MEY rather than total yield as a key performance indicator.

“Initially, managers and industry weren’t convinced that our models would work, and a lot of earlier bioeconomic modelling work was scorned,” Sean Pascoe says. “It takes a long time to transition science, but some Australian fisheries have recognised how these models can help them achieve their economic, environmental and social goals.”

Looking at the fisheries he has worked with in recent years, such as the Northern Prawn Fishery, Sean Pascoe says industry members have become champions of the cause, involved now in collecting the data for the economic models and validating the main assumptions.

Sean Pascoe is now examining the economic, environmental and social objectives used in modelling to clarify what they are and how they should be prioritised.

“Some of the objectives are difficult to quantify. It’s hard to pin down what they are and what they mean to different people,” he says.

There is a difference of opinion, for example, around what should be included in MEY, and whether it should take into account flow-on effects up and down the supply chain such as processor rents and supply-related costs.

Social objectives, traditionally viewed as issues such as employment, equitable access to resources and enhanced community resilience, are even more difficult to quantify.

Sean Pascoe believes clarity is important to avoid inconsistency around decision-making. He says economists have a role in working with the industry to define key objectives to achieve effective ecosystem-based fisheries management.

With FRDC funding he has been involved in several projects to closely examine and quantify objectives in collaboration with industry. This information will be used to evaluate management strategies and modelling in the future. 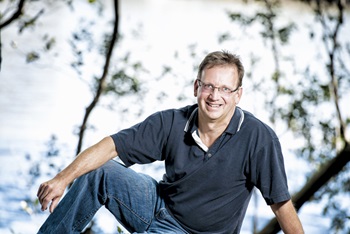 CSIRO’s Sean Pascoe is the first Australian to win the prize, which is awarded each year for the outstanding application of economic science to international fish industries and assisting in the vital exchange of information between academic, trade and government participants.

Previous winners include renowned economist Lee Anderson from the US and Ola Flaaten from Norway.

“Throughout his career, Sean has acted as a bridge between the sometimes very isolated worlds of academia and government,” she said.

“Sean has had significant policy impact through his work at CSIRO and with Australian government agencies. He led research on the potential benefits and costs of removing statutory fishing rights, which led to a decision to retain those instruments.”

Ann Shriver also highlighted Sean Pascoe’s research on fisher targeting behaviour in the Northern Prawn Fishery, which led to policy and management changes to improve the viability and sustainability of that fishery.

His ongoing work to assess maximum economic yield in fisheries, and to develop tools such as spatial management and multi-criteria decision analysis, continues to support the sustainable use of fisheries resources in Australia, she said.

Earlier in his career Sean Pascoe spent 12 years in the UK in several key advisory, committee and research positions focusing on the development of fisheries in the English Channel.

He is the author of nearly 100 academic articles and continues to serve as a mentor to graduate students, who will contribute to future fishing industry advancements.