The latest addition to Australia’s marine research capacity is set to revolutionise ocean research, with open access to far more detailed data than has ever been available before 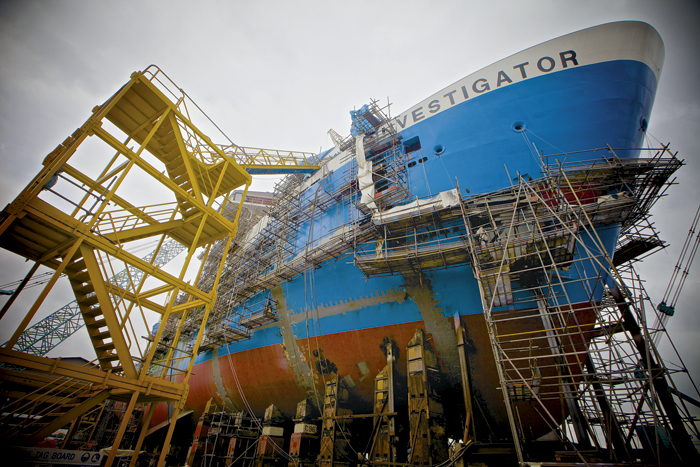 After more than a decade of debate, design and construction involving many hundreds of people, Australia’s first custom-made research vessel, Investigator, is undergoing final trials in preparation for its first official voyage in 2015.

Commissioned by CSIRO as part of the Marine National Facility, Investigator is set to double Australia’s ocean research capacity. And it is a much needed boost, given that Australia has the third largest exclusive economic zone, but only 12 per cent of it has actually been mapped.

Mapping alone is an enormous challenge, with only one vessel in the national research fleet at any one time. But Investigator has been designed to do so much more. The 93.9-metre blue-water vessel is equipped with a technical prowess not seen before in Australia, to cater for as many scientific disciplines and fields of research as possible.

Investigator will be able to operate 300 days of the year and has berths for 40 scientists, who can remain at sea for up to 60 days. Its predecessor, the 66-metre Southern Surveyor, was a refurbished North Sea trawler, which operated at sea 180 days a year and could accommodate only 14 scientists for up to 28 days at a time. 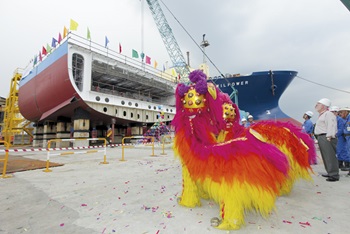 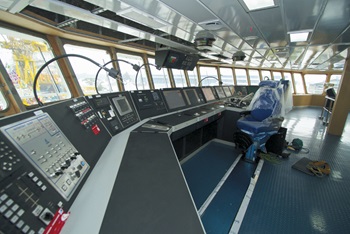 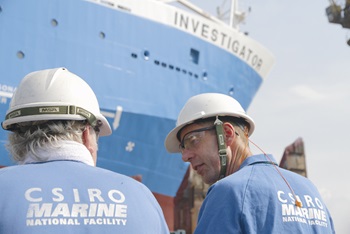 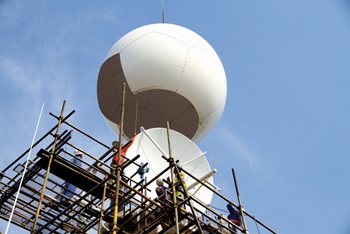 For Rudy Kloser, an acoustics research scientist at CSIRO and group leader of the Deep Water Ecosystems Status and Predictions team, one of the greatest achievements in designing and building Investigator is its “quiet signature”.

“We’re going from a rattle box, designed for fish capture, to a vessel that is designed to be very silent,” Rudy Kloser says. “This means that we can do a lot more research and get a lot more resolution from our acoustic instruments.”

Swath mappers are the instruments set to benefit most from the quieter operations. These acoustic devices installed beneath the ship use soundwaves to profile large areas of the sea floor. Investigator has two swath mappers: one for shallow water and one for deep water.

As the ship travels, these instruments will capture ocean topography and backscatter information, creating a three-dimensional view of the seafloor to maximum ocean depth, which is about 11,500 metres.

“It’s important to consider not only the shape of the sea floor, but its composition, because then we can better map seabed habitat, and understand the associations of fish and fishers to that habitat,” Rudy Kloser says.

“Investigator also has an EK60 – a five-frequency acoustic system to map pelagic habitats. Together with the vessel’s quiet signature, our sonar capability has expanded enormously and allows us to resolve more pelagic and benthic habitats and go much deeper than ever before.”

Data from the deep

On board Southern Surveyor, researchers could only collect fish biomass data to depths of 1500 metres. On Investigator, researchers expect to explore marine life down to at least 3000 metres.

With the multi-frequency capability, the equipment will be able to delineate different sorts of species groups, which will help monitor changes in the ocean environment. Rudy Kloser says they are still testing the full extent of their new capabilities.

Along with the fundamental capability to capture conductivity, temperature and depth data, Investigator is equipped with two drop keels, each weighing three tonnes. These can be deployed independently, at depths of four metres below the bottom of the ship.

On board each keel is a suite of scientific equipment, including the EK60. In the undisturbed water below the ship, the keels will be the hub of data collection for individual deepwater species in their natural habitat.

Similarly, Investigator has been fitted with a TRIAXUS, an electronic two-metre cube, which can be towed up to three kilometres behind the ship, to a depth of 350 metres. As the water rushes through the cube, the TRIAXUS counts the number of plankton, and other marine life, in the water.

Oceanographers are particularly keen to see what they can discover about where certain species live and how they behave – in an undisturbed environment.

“We’re asking Investigator to do a lot of everything,” says Don McKenzie, the vessel’s operations manager. “We’ll be able to get larger groups of scientists looking at more aspects of a problem or question because we’re almost tripling the number that can come on board on any one voyage.”

Customisation of the new vessel includes 10 laboratories, eight of which are accessible from the main deck, which allows samples and equipment to flow more easily and safely between stations.

In the past, scientists have had to negotiate flights of stairs as they moved between laboratories.

“When you come in off deck and you have great buckets of mud and rock, or fish, or containers of water, you always need space to sub-sample these. The flow of samples needs to go into smaller and cleaner and drier labs,” Don McKenzie says.

Even the width of the corridors has been made to suit the research environment, so that scientists can manoeuvre heavy plastic bins without grazing their knuckles.

For Iain Suthers, a professor in the School of Biological, Earth and Environmental Science at the University of New South Wales and a founding member of the Sydney Institute of Marine Science, Investigator offers “a completely new set of eyes” on Australia’s marine environment.

He was a researcher on Australia’s first national research vessel, Franklin, during the 1980s, and has been involved with Southern Surveyor for more than 12 years as a member of the science advisory panel. Now he is eagerly awaiting the new vessel’s first voyage.

“Investigator will be able to tell us, with accuracy, what kind of oceanographic conditions we’re in,” Iain Suthers says. “So we can actually know what the fish are sensing, whether they’re spawning and why they’re there.”

An independent steering committee will oversee operation of Investigator, which is managed by CSIRO. Competition for sea time is already intense. Applications are internationally peer-reviewed and independently assessed in terms of the quality of the science and their contribution to the national interest.

All of the data collected on board Investigator will be publicly available after each voyage through the Australian Oceanographic Data Network. The process of sharing data has already begun through the Integrated Marine Observing System.

Iain Suthers says access to data brings together scientists who would not normally interact.

“I think we need to increase our cooperation and have more of a multidisciplinary approach. Usually when you get multiple users, you get multiple discoveries that you’d otherwise never dreamed about,” he says.