Technology, institutional changes and aquaculture have positioned fisheries to deal with the challenges of the future 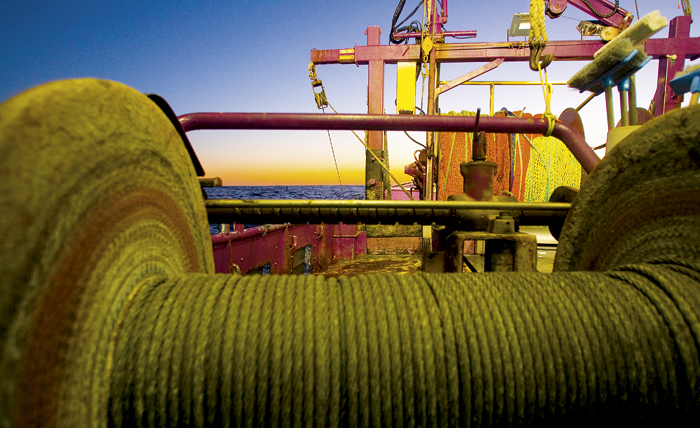 While some scientists around the world continue to talk about an international fisheries crisis, renowned Norwegian fisheries economist Rognvaldur Hannesson’s focus is on industry’s unprecedented ability to prevent it.

He believes that the two revolutionary cycles in fisheries since the 1950s – technological advances followed by institutional changes – have put industry in the driver’s seat to avoid the stock depletion disasters of the past and, hopefully, to meet the challenges of the future.

Rognvaldur Hannesson shared his optimism for managing wild stock issues while deliveringa keynote address at the International Institute of Fisheries Economics and Trade conference held in Brisbane in July.

But it is not wild catches that he sees meeting the increasing global demand for food. He believes aquaculture is the third revolution, with industry scientists working hard to overcome the particular challenges associated with farming fish.

Rognvaldur Hannesson said it was largely technology that got people talking about a crisis in fish stocks but, in turn, it has helped deliver the solutions.

“The technological revolution meant bigger and more powerful boats and fish-finding and navigation tools,” he said.

“But the open access regime, where this technological revolution initially played out, was not appropriate. It could have ended in tears, in decimation of fish stocks and declining fish captures.”

However, he said the technological revolution led to an institutional one, particularly the introduction of the 200-mile exclusion zone.

“This new arrangement has provided the necessary incentive to control fish stocks and to maximise the economic benefits from their use. We now have a situation where technology means that we are much better equipped to predict what’s coming, whether it’s environmental or human factors threatening stock rates. We also have control measures in place to enable the timely intervention that was lacking in the past.”

Looking at some of the biggest disasters of the past few decades, Rognvaldur Hannesson is confident that some, if not all, of them could be prevented today.

From the Californian sardine collapse in the 1950s, the disasters in the Peruvian anchovy fishery (1960s), the Atlanto-Scandian herring (1970s) and the Northern cod of Newfoundland (1990s), all collapsed as a result of either over-exploitation, environmental factors or a combination of both.

But environmental issues, such as the El Niňo effect, are predicted and quantified with much greater certainty today, and the institutional frameworks are largely in place to reach quick agreements on reducing quotas or introducing other control measures before it is too late, he said.

The ability of the Peruvian anchovy industry to bounce back in little more than a year after a strong El Niňo weather sequence affected the fishery in the 1990s suggests that Peruvian authorities were better equipped in 1998 than they were in 1973, Rognvaldur Hannesson said.

However, he warned that these measures for avoiding crisis will work only when they are used to their best capacity.

“Even where nations have virtual control within their borders, the management may fail for reasons of insufficient understanding and political expediency, as it did for the Northern cod of Newfoundland,” he said.

“Unfortunately there is still a lot of ocean left where no state has jurisdiction except over its own boats."

This is also where we have the greatest problems in controlling fisheries. Changes in migration and geographical distribution of fish stocks have sometimes thwarted established agreements on shared fish stocks.

“If there is a crisis in world fisheries, it is a crisis of waste. It consists of using many more boats and fishers than needed to capture the fish that we take.”

Rognvaldur Hannesson said that despite the disasters of the past, the world’s production of fish has increased almost tenfold from 20 to 180 million tonnes since the 1950s, with aquaculture playing a key role in more recent increases.
There has been a technology revolution in aquaculture as well. To some extent, he said, that revolution is still ongoing, as scientists overcome the barriers to further advancements.

This increase in aquaculture production has occurred despite the fact that production of fish meal has stagnated. Most of the expansion of the aquaculture industry has involved omnivorous or filter-feeding fish, which require little or no fish-meal-based food, he said.

However, feed producers have found ways of substituting plant-based feed for fish meal in feed blends and there is a possible development in using algae as a fish feed.

“If that would be possible then I would forecast a huge increase in aquaculture development,” Rognvaldur Hannesson said.